Author’s Note: On the Origins of My Interest in this Document 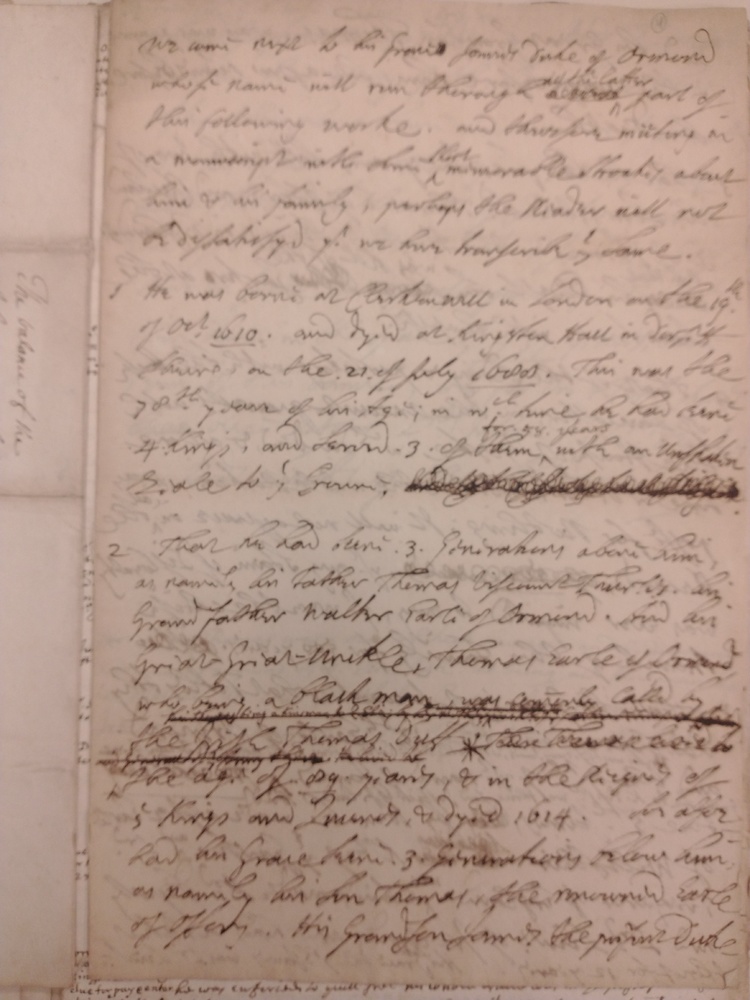 When I had first encountered a document containing notes for the biography of the Duke of Ormond, I will admit that I hardly knew anything on either the Duke or really the English Civil War in general. I knew the causes of it, the outcome of it, and had a broad sense of the subject itself; however, I knew very little of the people and specific events which drove the course of the civil war which ultimately culminated in the defeat of the royalists. I study Early Modern European history, though I primarily focus on the Atlantic Ocean and the European empires which developed in the New World during the Early Modern period; as such, I really haven’t had much of a reason to look in depth into the English Civil War. On the surface, it may appear that this document would have very little impact on my research; after all, Ireland most certainly is not in the Americas, nor did it possess any colonies or the like. However, it is precisely because the document dealt with Ireland that my attention was caught! After all, Ireland was England’s first colony; a lot of the methods they would later use in the New World and in India they first developed trying to subdue the Irish. As such, I think that in the very near future, I will be dealing a lot with the Duke of Ormond for my work, and so by reading this document and by doing the research on him in preparation for this, I will likely actually be saving myself a great deal of work in the future! Indeed, I may very well end up using this exact document when it comes time to deal with Ormond again, as I will have already been acquainted with Southwell as an author and he was a man who knew the Duke quite well! Accordingly, this document for me has proven to be something of a boon for me this past summer, as my research process was really refined in order to account for the biases of Southwell while simultaneously teaching me a great deal a historical figure who could end up playing a vital role in my plans for future research.

Overview →
Author’s Note: On the Origins of My Interest in this Document