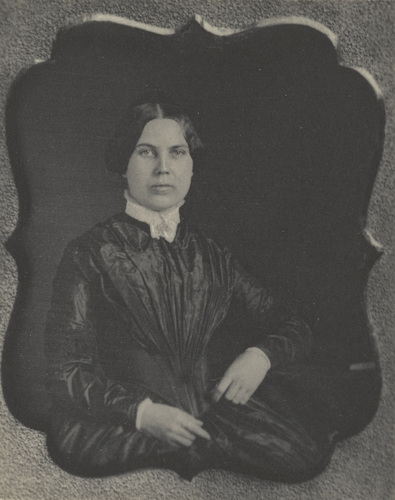 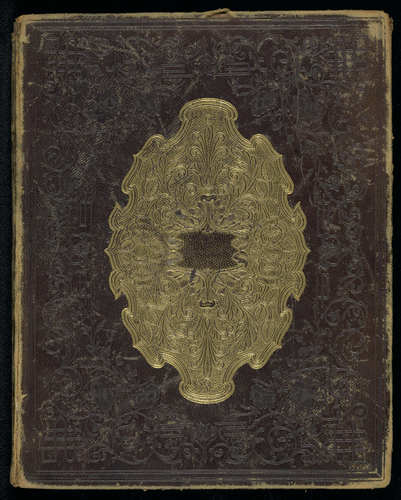 The Seward Seminary is best-known today for denying Frederick Douglass’ daughter Rosetta a place in their school after a parent protested the presence of an African American pupil.

Education for girls was not meant to lead to a career outside the home, but to improve their ability to run homes and raise children. As the 19th century progressed, there was a push to make education open to all girls, not just those from wealthy families. In 1850, New York State passed a law regulating Rochester’s public schools: each ward became a school district, and schools were free to boys and girls between the ages of five and sixteen years of age. 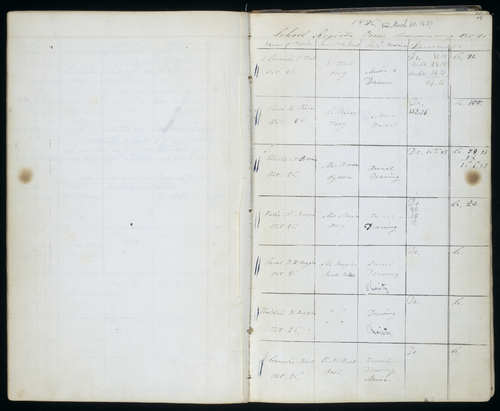 Notable on this list of students from the Seward Female Academy, 1835-1840 are are Sarah and Huldah Ruggles, the daughters of Samuel Ruggles, a missionary serving in the Sandwich Islands (Hawaii) and Cornelia Bush – the great, great aunt of US president George H. W. Bush. 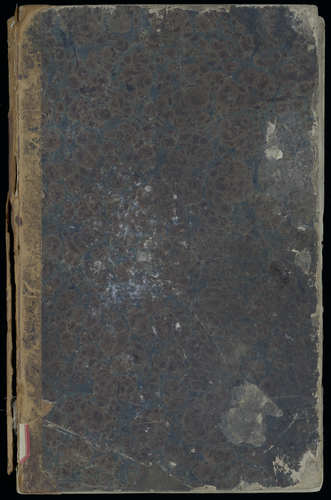 This volume, imaged here in its entirity, is a high school reunion in book form. Created by graduates of the Tracy Female Institute in Rochester, it contains photographs of graduates and updates on their lives. Most, but not all of the women in the book married and had children after graduating.

The influx of large numbers of immigrants to Rochester, as well as the growing women’s rights movement, brought more women into the sphere of education, as their opportunities for careers as teachers and school administrators grew. A group of Rochester women founded the Industrial School of Rochester, with the mandate to care and instruct “vagrant children.” Helen Barrett Montgomery (1861-1934), the daughter of two teachers, worked to establish the Rochester chapter of the Women’s Educational and Industrial Union, which offered women educational and vocational training. Montgomery was elected to the City School Board in 1899, the first woman elected to public office in Rochester. 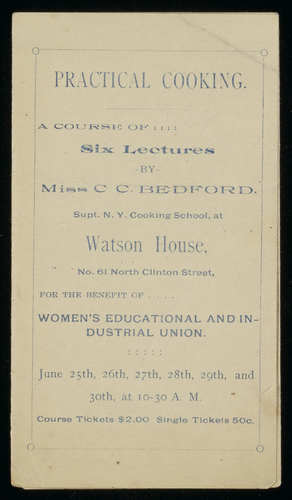 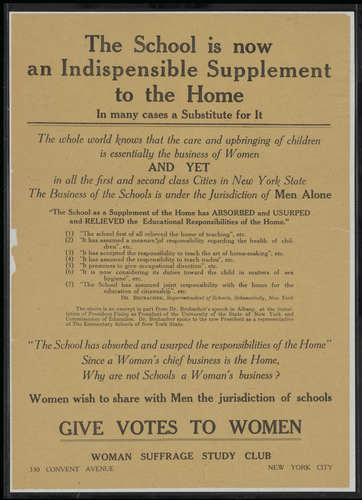 The School is now an Indispensible Supplement to the Home' poster, Woman Suffrage Study Club, 1910. 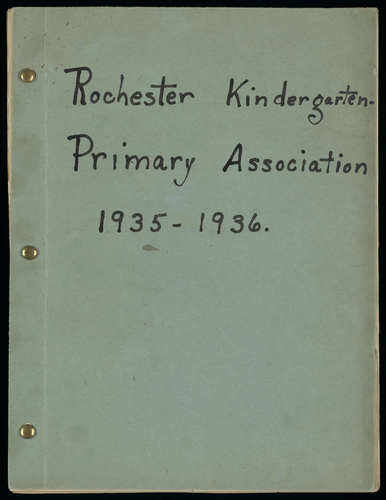 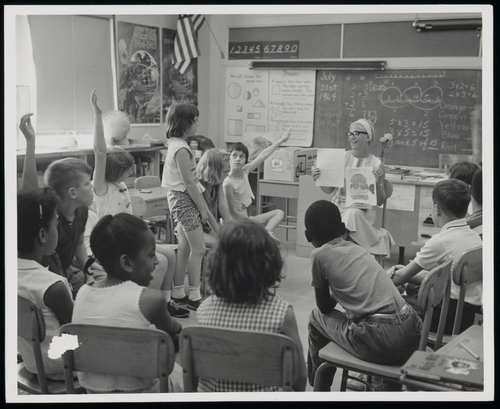 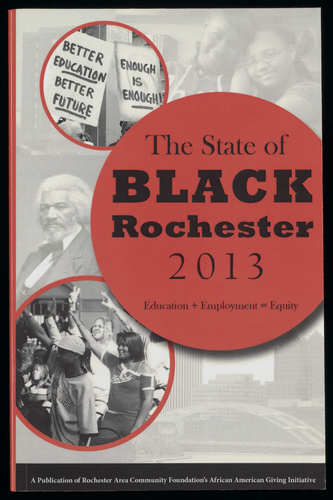 As more women attended colleges and universities, Rochester became home to alumni groups and a chapter of the national branch of the American Association for University Women. Women continued to serve on the Rochester school board, to found Urban-Suburban programs, and to advocate for education in the community. Today, the fight is not over. With Rochester city schools facing budget crises and mass teacher lay-offs, a new generation of women is taking up the mantle of their activist predecessors.