Women and the Arts 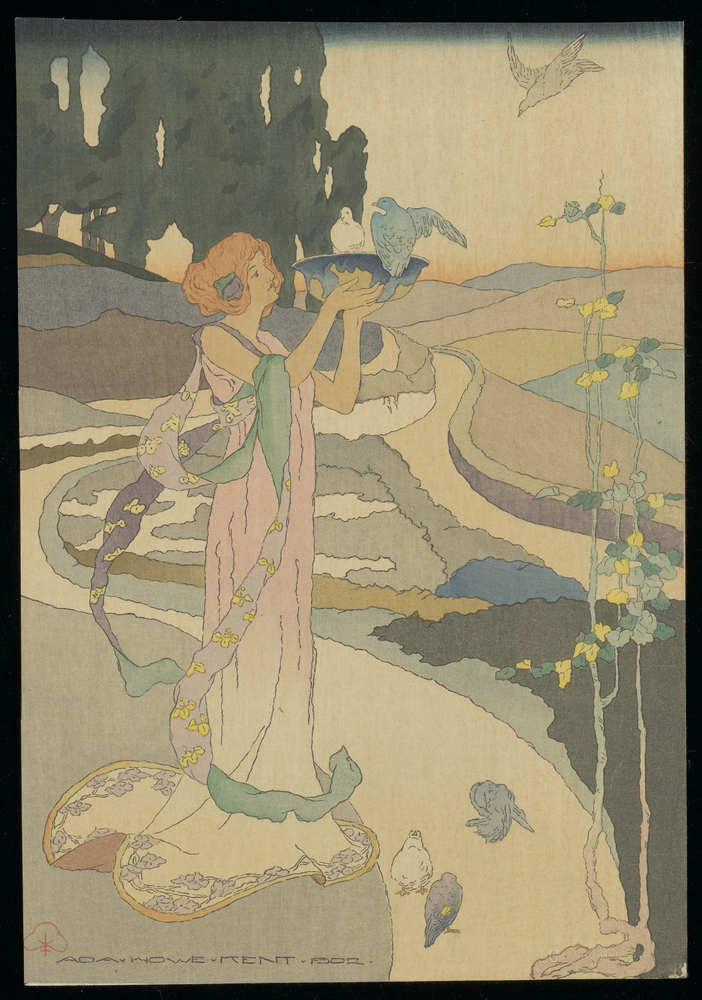 Art and culture are fundamental to the fabric of community. Through the arts, people share and understand experiences, bridge divides, and imagine the future. In 1829, Nathaniel Rochester and others formed the Athenaeum to cultivate the arts, literature, and science. The newly opened Erie Canal facilitated visits by artists and travelling exhibitions. By 1848, over 100 Rochesterians were subscribers to the American Art-Union, a national organization created to promote American art. Local private collections were robust enough to allow the Ladies’ Hospital Relief Association to borrow 150 paintings for the Art Gallery section of its 1863 Christmas Bazaar.

As the American art world rapidly expanded after the Civil War, women entered art schools in unprecedented numbers. They joined and formed art clubs, displayed and sold their paintings beside men’s, and pressed for critical recognition. D.W. Powers’ Art Gallery opened here in 1875, exhibiting European and American fine art; Rochesterian Emma Lampert Cooper (1855-1920) showed there by 1877. Within a year, she and others had founded the Rochester Art Club, still active today. The Rochester Ladies’ Art Exchange began in 1879. Along with a marketplace where women could exhibit and sell their work, the Exchange offered classes as a path to employment. Fruit and flower painting, for example, was needed by local companies supplying illustrations to area nurserymen and skilled needlework was essential to Rochester’s burgeoning garment industry.

The Mechanics Institute (now RIT) opened in 1885 to teach women and men the technical skills needed in Rochester's businesses. Among its earliest artist-teachers were Emma Lampert Cooper, Ada Howe Kent (1858-1942) and M. Louise Stowell (1861-1930), all of whom were active in local and national arts clubs and who exhibited their work nationally and abroad. As the 19th century came to a close, more and more women sought not only private fulfillment in art, but professional careers. 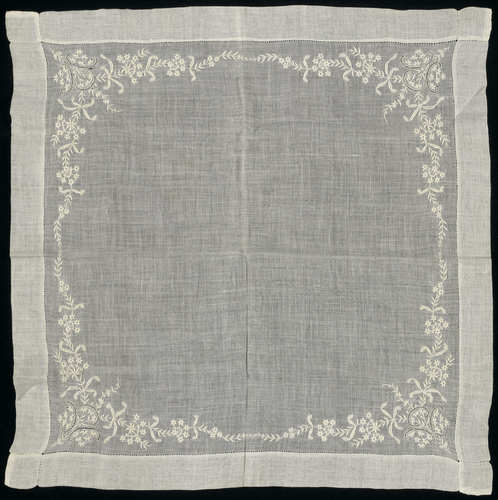 Embroidered handkerchief given to Emma B. Sweet by Susan B. Anthony. 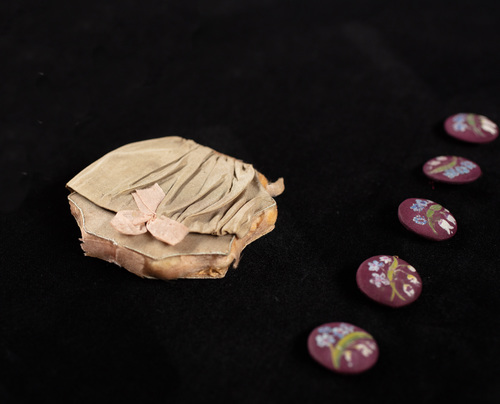 Hand-painted dress buttons believed to be owned by Susan B. Anthony and a needle case made by Anthony, 1835.

The creative labor of handicraft is often overlooked, for it is ubiquitous. Throughout the first half of the 19th century, sharply delineated gender roles made it difficult for women to move beyond the domestic sphere. The private production and exchange of handicraft was, however, considered appropriate. 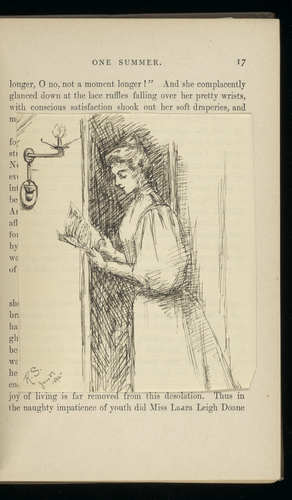 For much of the Victorian era, girls were encouraged only to copy artwork, not to draw from life. Here, Ruth Sibley Gade (1878-1977), Emily Sibley Watson's niece, has created alternate illustrations for a published comic romance. In 1907, Ruth Sibley married John Gade; he would become the architect of the Memorial Art Gallery. 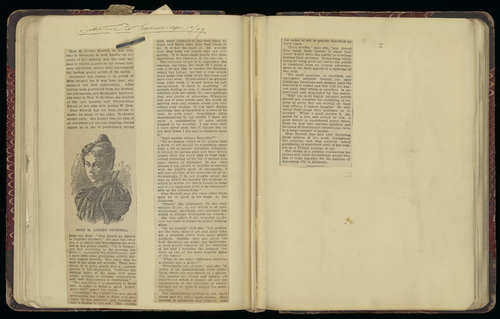 From at least 1889 on, M. Louise Stowell (1861-1930) was an exhibiting member of local and national art clubs. In 1896, Stowell was the only American and the only woman to enter a poster competition in Leipzig, Germany; she won an honorable mention. In 1897, she was a founder of the Rochester Arts and Crafts Society. Stowell published in arts and educational journals while teaching at Rochester's Mechanics Institute from 1890-1892 and 1905-08. 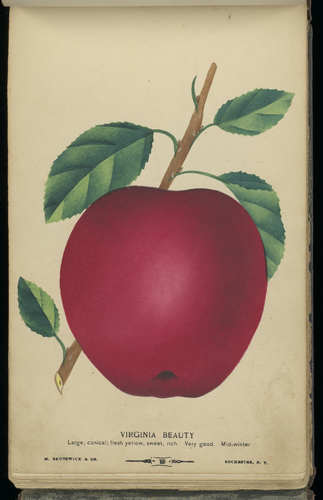 Mina Brunswick (1849-1925) was among the artists Rochester bookseller and publisher D. M. Dewey employed to produce fruit and flower illustrations for the nursery trade. When Dewey shifted production to lithography in 1888, Brunswick began her own business, hired all of Dewey’s artists, and continued producing original illustrations through 1920. 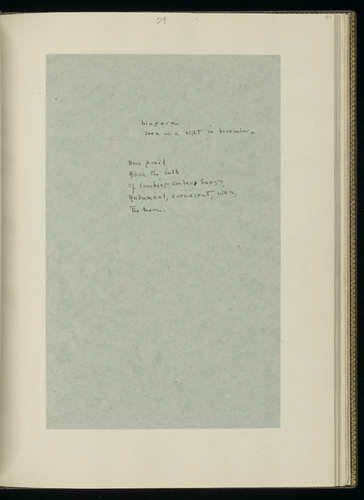 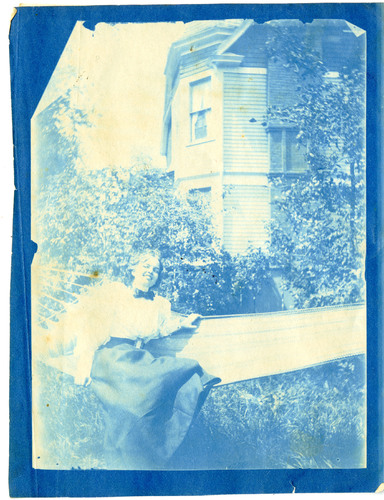 Local poet Adelaide Crapsey (1878-1914) was a pioneer of 20th-century modernism. Inspired by the Japanese haiku and driven by her impending death from tuberculosis, she created a new five-line verse form, the cinquain. Crapsey's posthumously published collection Verses (1915) was initially a popular success, but she remains largely unknown. 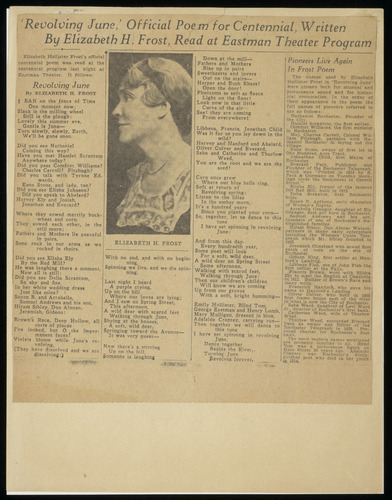 Elizabeth Hollister Frost (1887-1958) was a widely published poet and author when the Centennial Committee asked her to compose a poem celebrating the 100th anniversary of her city’s charter. Frost’s mother, Emily Weed Barnes, worked with Susan B. Anthony to allow women to enroll at the University. In 1955, Frost was awarded the Garden Club of America’s Eloise Payne Luquer Medal for special achievement in the field of botany. 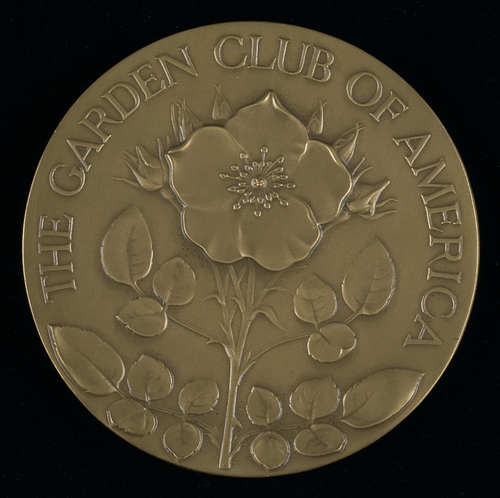 Harriet Hollister Spencer (1887-1962), horticulturalist and civic leader, designed the Garden of Fragrance at Rochester Museum of Science. She was an authority on lace, glass, and silver as well as roses. A founding member of the Landmark Society, Spencer served on the boards of many local institutions. After her death, her family gave 679 acres above Honeoye Lake to New York State for use as a public recreation area. 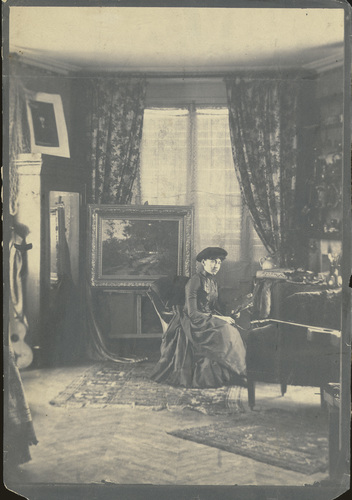 Emma Lampert (1855-1920) studied at Wells College in Aurora N.Y., and the Art Students League and Cooper Union in New York City. By the late 1870s, she had a studio in the Powers Building and was active in Rochester’s art community. In 1886, Lampert went to Paris to further her art training; she exhibited a landscape painting at the Paris Salon in 1887.  Upon her return, she began teaching locally while continuing to show her work and to win prizes, including a medal at the 1893 World’s Columbian Exposition in Chicago. In 1897, she married the painter Colin Campbell Cooper; the couple moved to Philadelphia soon afterward. 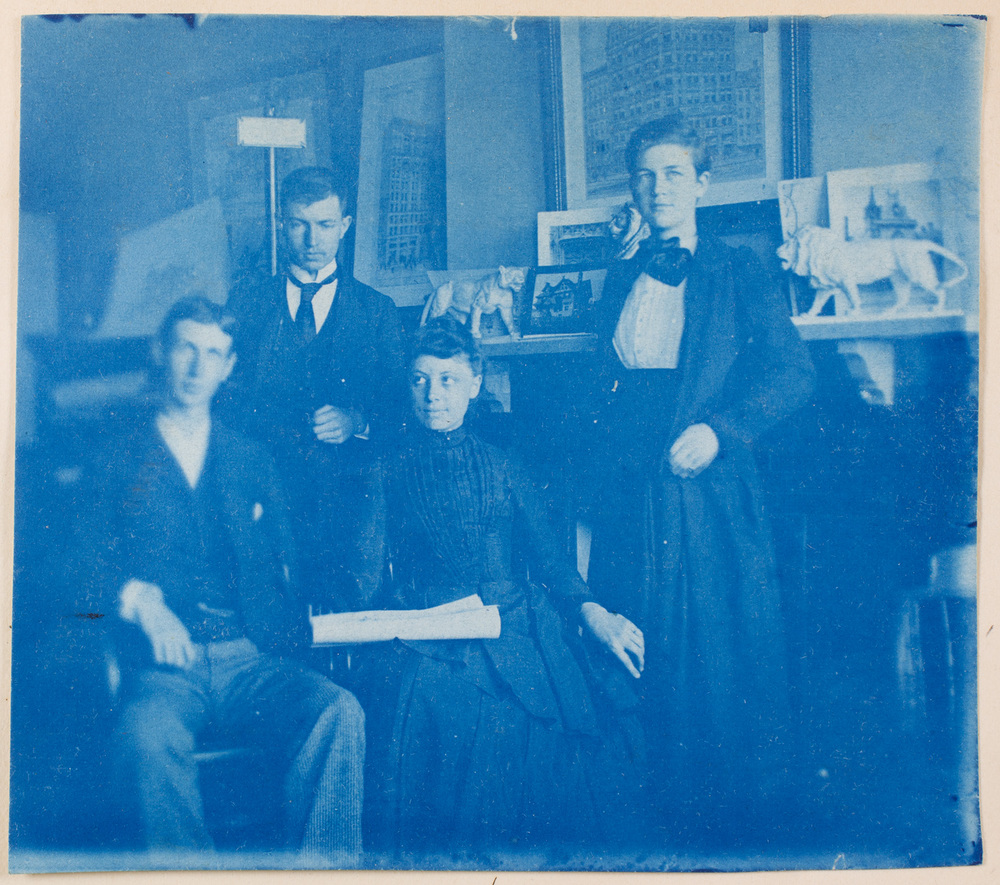 In 1889, Helen “Ned” Dutcher (1872-1899) became the first female member of the Rochester Architectural Sketch Club. She worked as a draftsman in various offices in Rochester before marrying architect Will Orchard in 1897. Dutcher died in 1899, just days after giving birth. 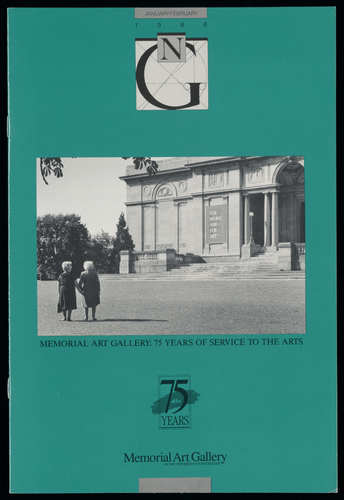 An issue of the MAG's Gallery Notes celebrating what was then the Memorial Art Gallery’s 75th year honors the Herdle sisters “who together guided the Gallery for 50 of its 75 years.” Throughout their fifty-year career, the sisters worked tirelessly, even splitting a salary during the Great Depression to keep the MAG alive. 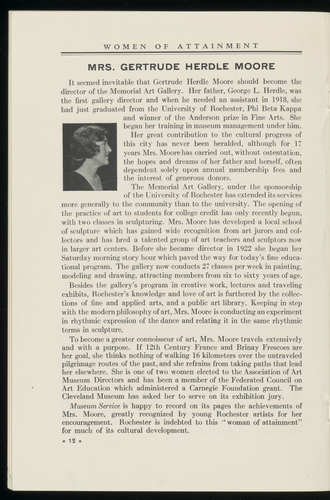 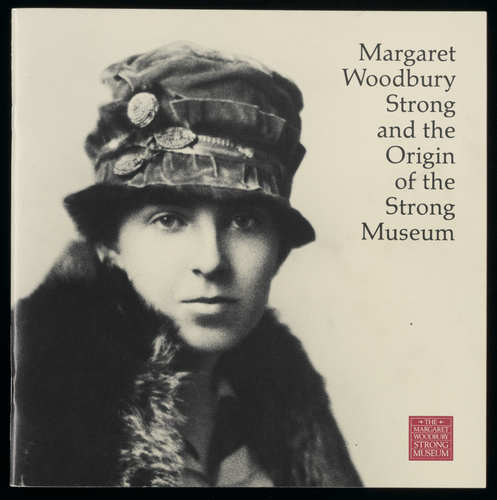 Margaret Woodbury Strong and the Origin of the Strong Museum, written by Elizabeth (Betsy) Brayer, 1982.

Often dismissed as feminine busywork, the needle arts have long been taken up by activists. Abolitionists and suffragists raised funds by selling handicrafts and stitched political messages in quilts, banners, and hemlines. In the 1970s, second-wave feminists re-asserted needlework as a legitimate art practice. On January 21, 2017, the knitted Pussyhat became an international symbol for women’s rights worn by millions of people at marches all over the world. 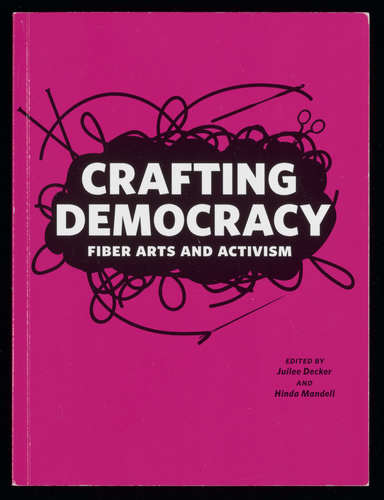 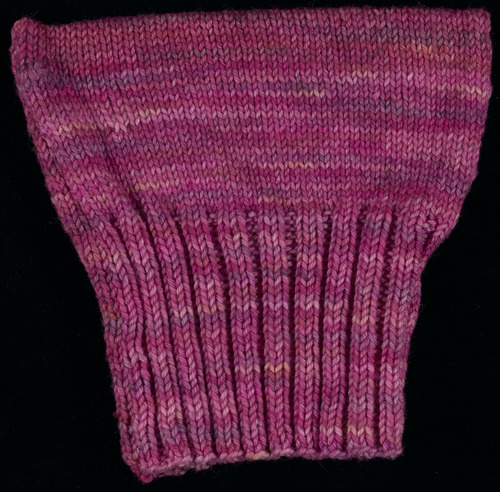