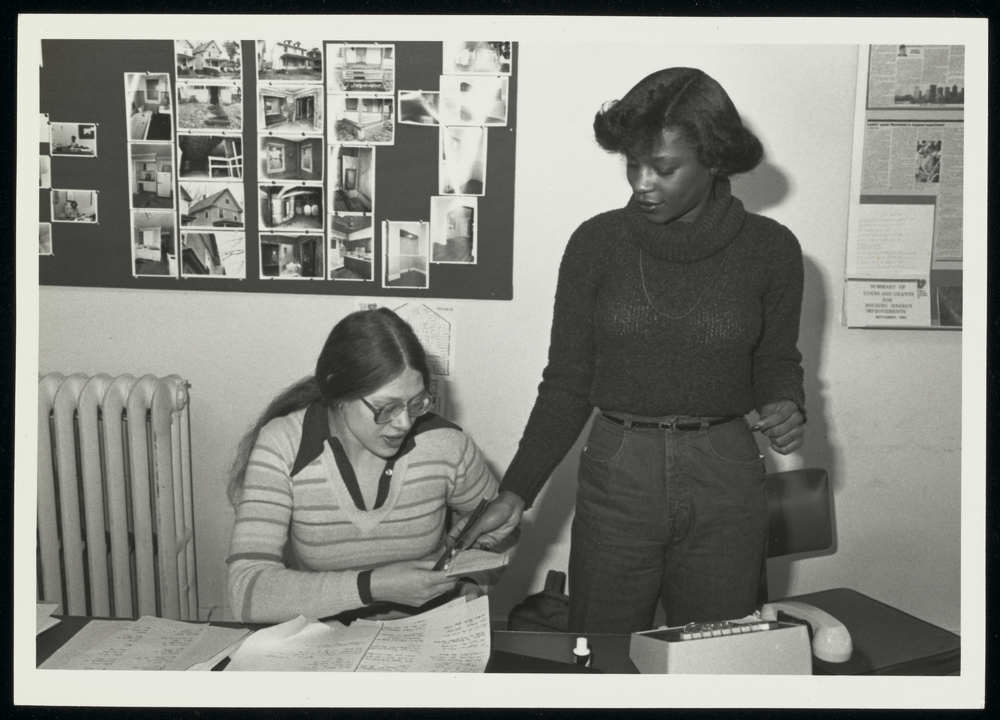 Nonprofit organizations develop in response to the demand for social activism, reform, and justice. They form when resourceful and change-minded individuals decide to act -- either on their own or as part of a group. Like other American cities, Rochester faces and has historically faced challenges relating to poverty, violence, discrimination, and health and education inequities. Women in Rochester have been pioneers in building and leading organizations that have been transformative in many communities in the area. They have been leaders advocating for local change and influencing national progress.

Interview with Ibero-American Director of Program and Operations Nancy Padilla, The Network, 1981. 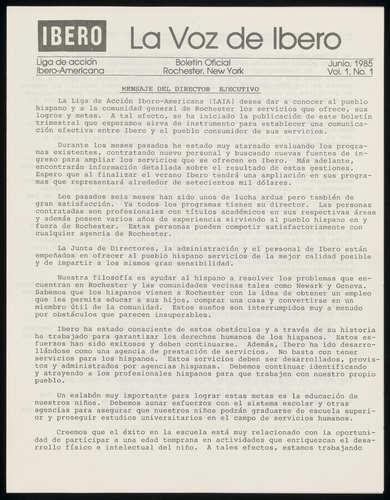 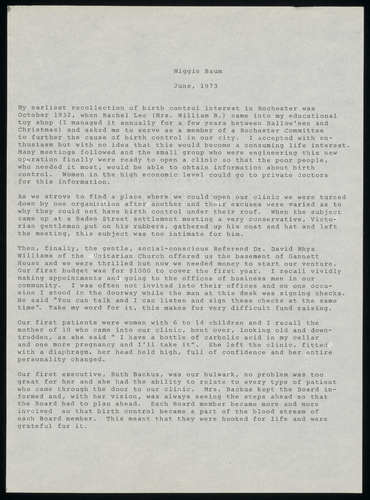 “I didn’t want to make a decision on what services the poor needed. I wanted to let them tell us what they needed. That was a very important principle for me.” Sister Grace Miller (1935 - ) opened House of Mercy in the fall of 1985, with a mission to never close its doors on people in need – it is the only shelter in Rochester to remain open 24/7. Sister Grace stands with many women like Sister Rita Lewis, Sister Gloria Ruocco, Miss Bea, Juanita Washington, Juanita Bermudez, Jacqueline Brooken, Chris Castronova, Heide Pareno, and countless others, all fighting for the rights and dignity of the unsheltered. One way Sister Grace does this is by writing obituaries for those who have died, so their families will know what happened to them and they will always be remembered. 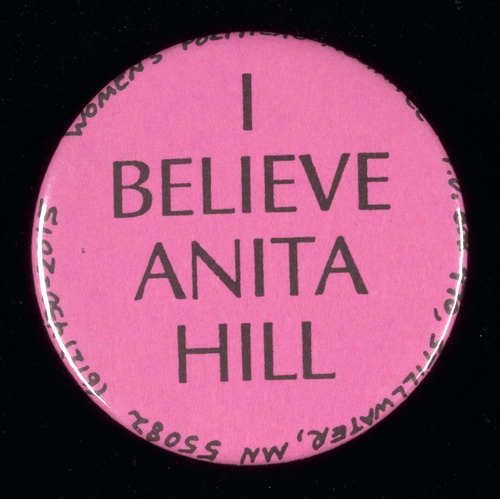 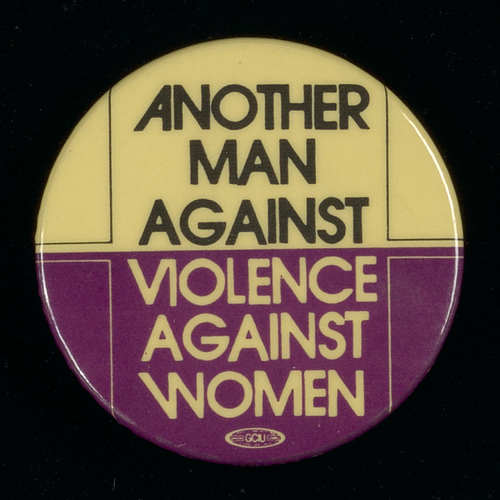 'Another Man Against Violence Against Women' button, undated. 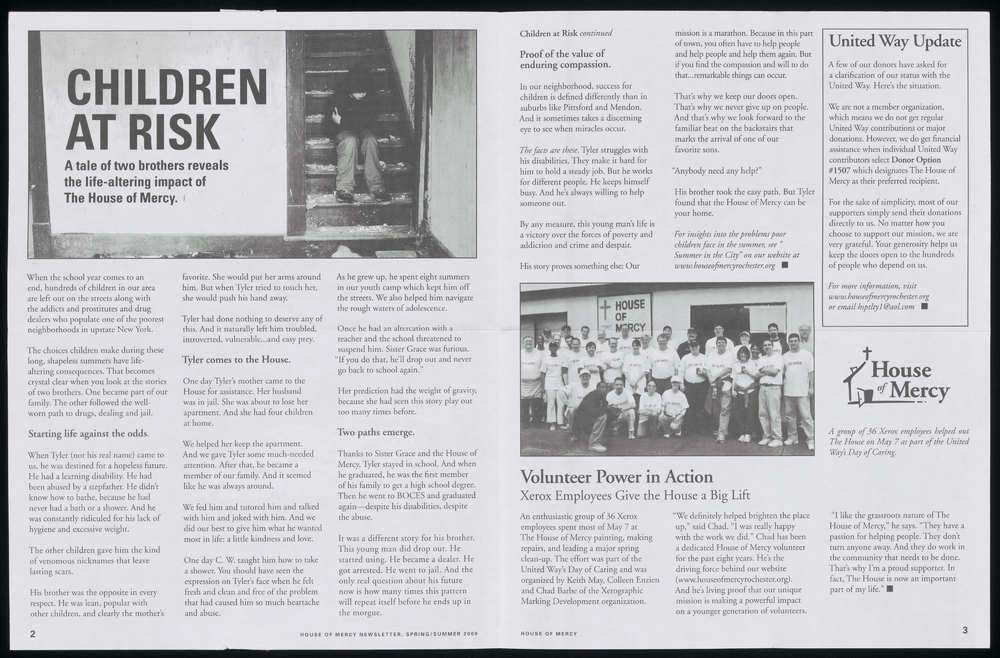 In 1976, Helen French responded to an article in Ms. Magazine on domestic violence by contacting the local chapter for the National Organization for Women (NOW). Through NOW and other organizations, she connected with members of the nursing, mental health, and education communities, including feminists and activists. Working with Helen Telfer, Mary Louise Bater, Beth Van Fossen, Isabella Passero, Susan Costa, Elaine Greene, Merrilyn Parks, and Florence Phillips, she founded the Alternatives for Battered Women (now Willow Domestic Violence Center). Phyllis Korn (1935 - ) led the organization for over two decades. During that time she created the Rochester/ Monroe County Domestic Violence Consortium, advocated at a local, state, and federal level for legislative change on domestic violence, spearheaded efforts to improve access to legal aid, oversaw the creation of the Court Advocacy Program, and created a support service for children living in abusive homes. 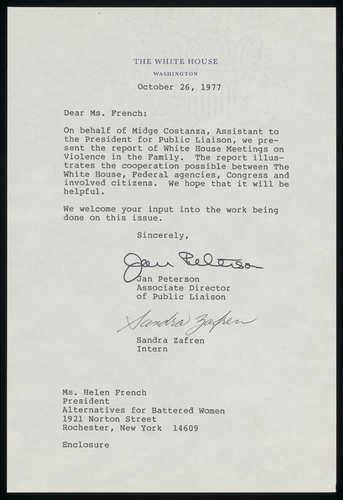 Letter from Jan Peterson and Sandra Zafren to Helen French, 1977. This letter regarded an invitation for Alternatives For Battered Women to discuss the issue of domestic violence at the White House. 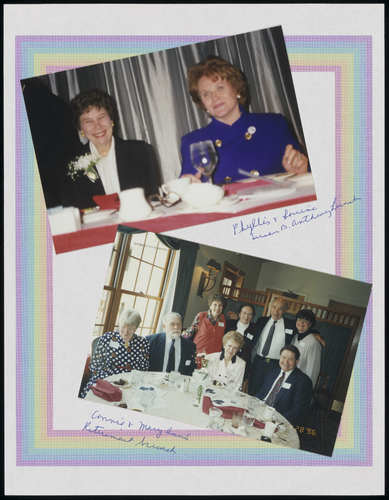 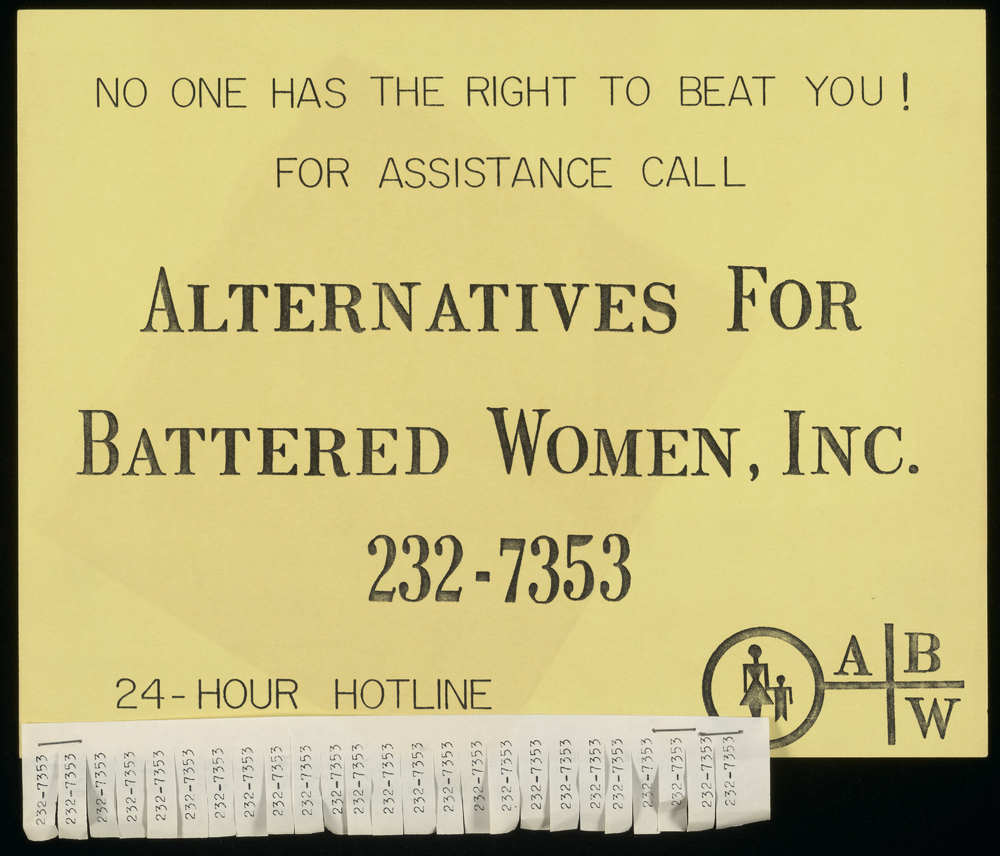 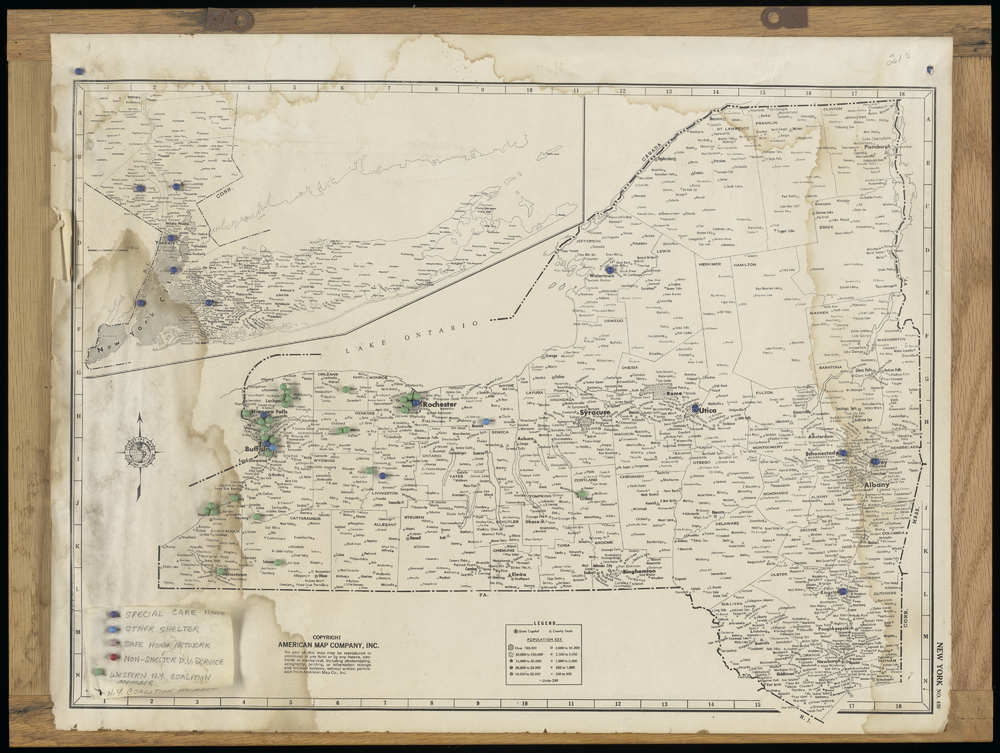