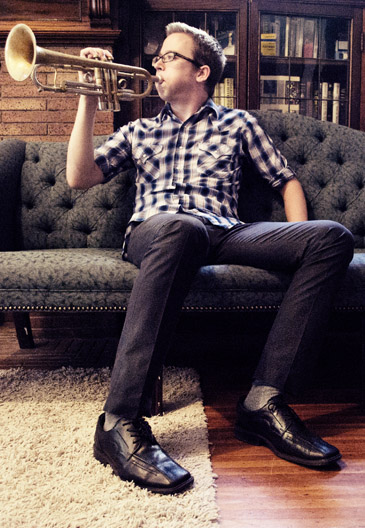 He is the writer and illustrator of the 2009 graphic novel Let’s Go to Utah! and his work appeared in highly-regarded comics publications such as Dark Horse Presents and Locust Moon Comics.

His latest graphic novel, Instrumental, is a spirited, suspenseful, formally inventive, visually musical book, that tells the story of an aspiring jazz musician whose desire for success and fame leads him to a series of adventures ranging from the bizarre to the epic.

His lecture will focus on musical symbolism and storytelling rules in Instrumental, and will offer a glimpse into his writing process. It will be followed by a Q&A session and book signing.

Chisholm holds a Doctorate in Musical Arts from the Eastman School of Music.