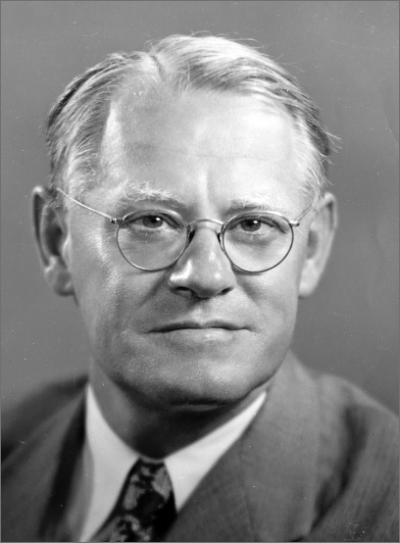 This Item is protected by copyright and/or related rights. You are free to use this Item in any way that is permitted by the copyright and related rights legislation that applies to your use. For other uses you need to obtain permission from the rights-holder(s). http://rightsstatements.org/vocab/InC/1.0/
The views expressed in the recordings and transcripts on this website are those of the speakers, and do not necessarily represent the views of, and should not be attributed to, the University of Rochester.

The administration of Cornelis de Kiewiet, the fifth president of the University of Rochester (1951-1961), reflects the spirit of America during his tenure. Expansion, innovation, and integration defined his leadership. Taking advantage of a post-war surge in students and resources, de Kiewiet transformed the University of Rochester into a true research university. He invested in the development of new graduate programs, and insisted that pre-professional programs in business administration, education, and engineering, previously part of the College of Arts and Science, transition into independent academic units. De Kiewiet understood that cultural changes must accompany academic changes in order for the University of Rochester to compete with America’s elite universities. Consider his boldest decision: to merge the women’s and men’s colleges on the River Campus. Despite some heated opposition, including from the then Chairman of the Board of Trustees M. Herbert Eisenhart, the campuses merged in 1955. De Kiewiet served on the Board of Trustees after concluding his presidency.

Jack End (JE): Dr. de Kiewiet, a couple of years after you became president of the University of Rochester in 1951, you reported to alumni that there were two possible approaches to planning the future of the university.  The first was the “what do we have to work with” approach, and the second was a frank appraisal of the job to be done, and the steps necessary to carry out the job.  As you pointed out to the alumni, you elected the latter approach.  Why did you decide on this approach rather than looking at the university and saying, “What do we have to work with?”

JE: Well certainly anyone who was associated with the University in the 70’s would agree that yours was the right approach – that the approach did make Rochester a truly national as well as nationally significant institution.  As you look back on it now, do you think that you made the right decision in the early 1950’s or do you see now that there were other directions in which the university should have gone?

CWdK: That’s – that’s a tough question to answer.  You mentioned ‘right decision’; I Imagine a number of decisions where reached and I would be the first to admit that some of the decisions were perhaps unwise as far as I was concerned, but on the whole I think that the direction that the university took was a profitable direction.  I still have that conviction.  There were, of course, a great number of opportunities to do other things.  One had to choose amongst a variety of goals.  Other goals might have been equally desirable.  There was one goal, for example, to which I attached personally a very great deal of importance because of my own background, but also because I felt that there was still another dimension into which the University could profitably enter - not merely upwards into more graduate, professional, and research work, not merely upwards so that it became more of a national institution, but one needs to remember that the period after 1945 was a period of the greatest international activity on the part of the United States in more ways than one.  The Marshall Plan,[6]for example, was one of the great themes in the environment when I came to the University of Rochester and consequently, it was one of my great ambitions and where I feel that I was not very successful, to establish more significant, more active, more influential programs at the University of Rochester that would relate to what is happening in Asia and in Africa.  I knew, and perhaps some people in my environment didn’t sufficiently appreciate this fact, that the period after 1947, or more accurately even after 1951, was the greatest period of university formation throughout the world, in the history of the world.  More universities were being created in the world than had been created up to that particular moment.  And consequently, for the university to have a significant relationship with that, I thought was of very great merit and importance.  We did get so far as to develop what for a while was a pretty smart Canadian studies program,[7] but it died out. But of the things that I would have liked to achieve, that I think, was one of the most notable in my mind that where I left with a feeling that I had not done very well.  There was another area where I would have hoped to have been more successful and that was in bringing more of the constituent colleges of the institution closer together.  And here you might permit me or will permit me, I hope, to make a comment about the excellent colleges at the University of Rochester.  There was no question about the high merit of the School of Music.  It was a national institution.  No question at all about the singular quality of the School of Medicine.  It had a most outstanding individual at the head.  There was no question at all about the integrity as a four year college and a success as a four year college or the College of Arts and Sciences.  But apart from the merger[8] about, which I imagine we should be saying something, of the men’s and women’s colleges, I left with a feeling that perhaps more steps might have been taken or a better preparation might have been laid for bringing the School of Medicine and the School of Music more intimately into the life of the institution.  One of the impressions that I had when I came was that the sum of the excellent qualities of the constituent colleges when you put them together did not add up sufficiently to that sum, which in my mind represents a truly national university and it was in a sense making that sum bigger.  In the sum of these excellent colleges, that is one of my aspirations where I felt perhaps there was still work to be done, and I’m fairly sure that my successor has that type of conviction.  Does that answer that question?

JE: Yes.  Along those lines, during your tenure at the university between 1951 and 1961, there were many changes, some of which you’ve mentioned. There was the merger of the two separate colleges, the men’s and women’s; three new professional schools were established, those were the Colleges of Business Administration, Engineering and Applied Science, and the School of Education. [9]And the number of students both at the undergraduate and the graduate level was increased. [10]  Basic research was expanded and the undergraduate program was considerably broadened and strengthened.  Top notch faculty members were retained and many equally competent faculty members were added.  The operating budget was considerably increased and needed land was acquired for the University’s growth, and funds were raised to help meet all these additional costs.  Now, this is a long list, I know, but tell us about some of the problems you had or that you encountered in affecting these changes.

JE: Now, let’s move from the University of Rochester specifically, to the broader topic of higher education in general.  Now, you’ve helped establish new colleges and universities in Africa.  You have continued to serve as a member of the Board of Trustees at the University of Rochester.  Your whole adult life has been concerned with higher education and as an historian, you’ve always been able to look into the future with an amazing degree of accuracy.  This is now 1971.  In the next five, to eight, to ten years, what shifts in emphases, what changes in patterns, what challenges and problems do you see will face American colleges and universities?

[3]Senator Joseph R. McCarthy (1908-57). McCarthy gained notoriety for his investigation of suspected Communists in the United States government.  His 1950 speech in Wheeling, West Virginia brought the issue to national attention. In 1953, he became chairman of the Permanent Subcommittee on Investigations. The post allowed him to pursue further investigations that were later revealed to be largely unfounded. (“Joseph R. McCarthy: A Featured Biography.” Web. 10 June 2016. http://www.senate.gov/artandhistory/history/common/generic/Featured_Bio_McCarthy.htm).

[4]de Kiewiet left the University of Iowa to become a professor of history at Cornell University in 1941. In 1945, he became Dean of the College of Arts and Sciences; three years later he was Provost.  From 1949 to 1951, he served as acting president (“Descriptive Summary: Cornelis de Kiewiet papers, 1949-1951." Division of Rare and Manuscript Collections, Cornell University Library http://rmc.library.cornell.edu/EAD/htmldocs/RMA02559.html).

[6]The Canadian Studies program was introduced in 1954. Mason Wade served as director (Arthur May, History of the University of Rochester (2005) [RBSC]: Online).

[7]Dr. George Whipple was the founding Dean of the University of Rochester Medical Center beginning in 1921. He won the Nobel Prize in Medicine in 1934 for a discovery that led to successful treatment of pernicious anemia, which was previously fatal. His papers are available in Miner Library. His wife Katharine Whipple has done an Oral History Interview.

[9]The department of education separated from the Arts College in 1956. The engineering and business departments followed in 1957. Initially designated a School of Business, the business administration program became the College of Business in 1961. All three programs initially enrolled undergraduate students who had completed two years of study (May, History 2005. Online).

[10]Arthur May observes that the return of veterans of the Korean War contributed to a rise in enrollment in the first years of de Kiewiet’s presidency (History 2005). By the end of the decade, de Kiewiet had crafted a plan for 25 percent growth of enrollment in the College, a move which would increase the undergraduate student body to 2,500 (Janice Bullard Pieterse, Our Work is but Begun: A History of the University of Rochester 1850-2005. Rochester: Meliora Press, 2014. 99). 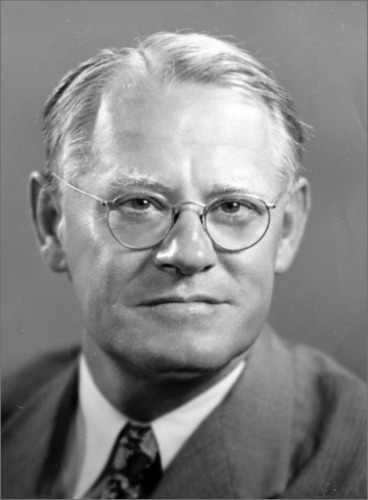