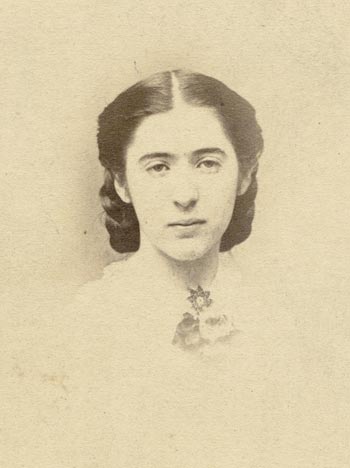 Frances Adeline ("Fanny") Seward (1844–1866), the only daughter of Frances and William Henry Seward, aspired to be a writer. At the age of 14, she began keeping a diary, starting on December 25, 1858 and continuing until October 7, 1866. Having contracted typhoid fever as a child, Fanny remained in poor health for the remainder of her life and was just 22 years old when she died. The last journal entry is dated three weeks before her death. Fanny’s mother, Frances Seward, was also often ill and preferred the relatively quiet of her Auburn family home to the hectic Washington social life, leaving hostess duties for the family’s Washington social affairs to Fanny. 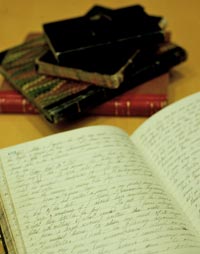 Fanny wrote both fiction and poetry but it is her dramatic "eye-witness to history" accounts as recorded in her diaries for which she will be remembered. Reproduced here for the first time are digital facsimiles of diary entries, along with the complete transcriptions, for April 5th, 1865, the day of William Henry Seward’s near fatal carriage accident and continuing through April 14th, 1865, the day of Lincoln’s assassination and the failed assassination attempt on Seward. The entries have now been transcribed in their entirety including cross-outs and no attempt has been made to modernize spellings; mistakes in spelling and punctuation are as originally written.

For the most part, these transcriptions have been taken from Patricia Carley Johnson’s University of Rochester, PhD Thesis, 1963Sensitivity and Civil War: The Selected Diaries and Papers, 1858-1866, of Frances Adeline (Fanny) Seward.