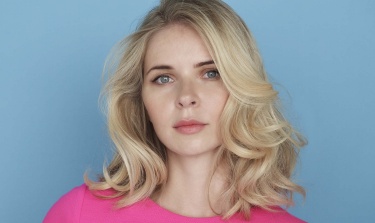 Lily Koppel is the New York Times bestselling author of The Astronaut Wives Club, in which she gives readers a behind-the-scenes look at the lives of a group of women that helped to define an era and usher in a new age of women. As America's Mercury Seven astronauts were launched on death-defying missions, television cameras focused on the brave smiles of their young wives. Overnight, these women were transformed from military spouses into American royalty. They had tea with Jackie Kennedy, appeared on the cover of Life magazine, and quickly grew into fashion icons.

Annie Glenn, with her picture-perfect marriage, was the envy of the other wives; platinum-blonde Rene Carpenter was proclaimed JFK's favorite; and licensed pilot Trudy Cooper arrived on base with a secret. Together with the other wives they formed the Astronaut Wives Club, meeting regularly to provide support and friendship. Many became next-door neighbors and helped to raise each other's children by day, while going to glam parties at night as the country raced to land a man on the Moon.

As their celebrity rose — and as divorce and tragic death began to touch their lives — they continued to rally together, and the wives have now been friends for more than fifty years. The Astronaut Wives Club tells the real story of the women who stood beside some of the biggest heroes in American history.

The Astronaut Wives Club is being made into a television series on ABC, with head writer Stephanie Savage, creator of Gossip Girl.

Koppel was born and raised in Chicago. After graduating from Barnard College with a degree in English and creative writing, she worked at the New York Times reporting on celebrities. Gawker called her "The Bravest Gossip Reporter Ever." She has written for the New York Times, the New York Times Magazine, the Daily Beast, the Huffington Post, andGlamour, and has appeared on TODAY, Morning Joe, and National Public Radio. Koppel's first book, The Red Leather Diary, introduced readers to her one-of-a-kind journalistic adventures - recovering a young woman's diary from a trunk found in a dumpster outside of her Manhattan apartment and embarking on a treasure hunt to find its owner decades later. She lives in New York City with her husband and their two spacey rescue dogs, Ozzy and Lucky.

Koppel was introduced by Nora Rubel, director of the Susan B. Anthony Institute for Gender and Women's Studies, and associate professor in the Department of Religion and Classics.

A special exhibition curated by staff members in the Department of Rare Books, Special Collections, and Preservation shared the story of how the Rochester community contributed to the space race of the 1960s. Materials highlighted Kodak’s development of the photography equipment that captured some of the first images of the moon from the Apollo 11 lunar orbiter. The exhibition also included photographs of Edward G. Gibson’s experience as an astronaut in the Skylab mission of 1973. Gibson is a 1959 graduate of the University of Rochester.