Why it Matters: On the Value of Caution with Sources 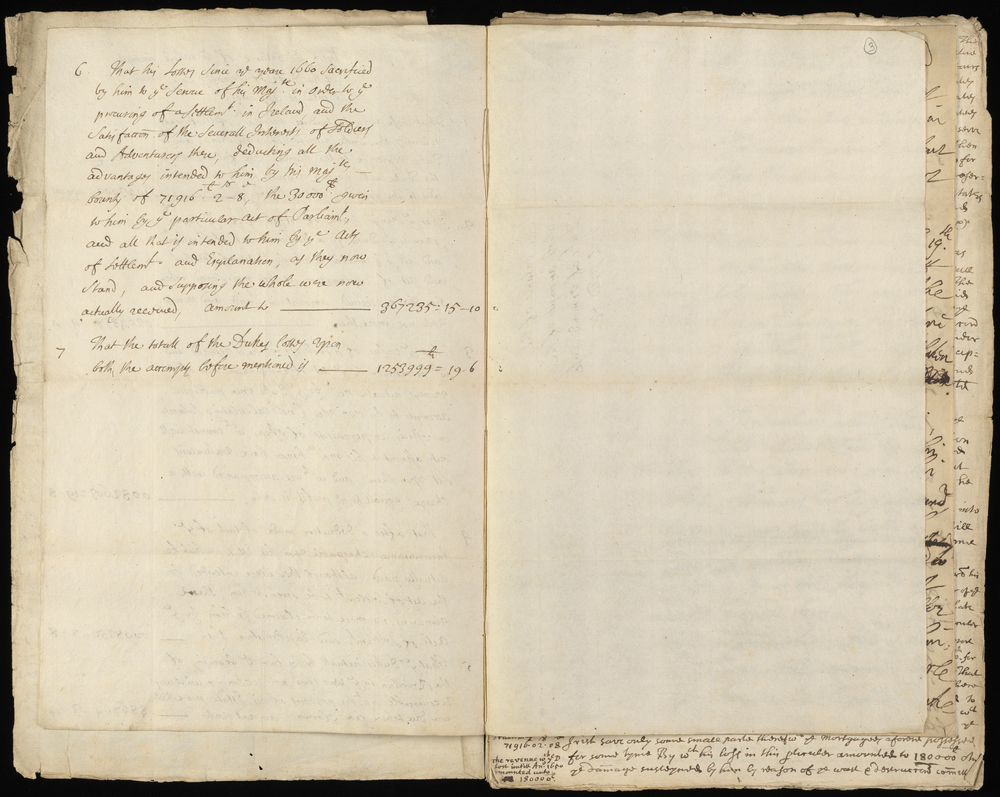 When dealing with documents such as this, it is quite important to understand that the author will almost certainly have had pressures on them and biases, regardless of whether or not they are aware of them. That’s simply the nature of discussing any kind of past or present event, especially if they are participants in them or if they have a personal connection to said events (as was the case with Sir Robert Southwell and the Duke of Ormond.)[1] With these notes here, the source of the biases previously mentioned are rather easy seen, as his providing of a spirited defense of the Duke of Ormond’s estates and character showcase that the focus here was on vindication as opposed to simply telling history. Though Southwell as an author was almost certainly biased, that’s not to say that this document is useless--quite the contrary! What documents such as these provide historians is a glimpse into the mindset of the era, a taste for how events such as the English Civil War were shaped to be perceived by the public; they grant us an insight into how the history itself was molded, which is invaluable in attempting to understand the way that authority figures such as the Duke of Ormond viewed their actions. This is a fascinating case of propaganda on a microscale, one in which it was quite literally singular individuals racing to pen defenses of themselves and to skew public perception of their adversaries, regardless of the validity of their claims and those of their detractors. It should moreover be noted that there was no title given for the document itself, which could be an indication that the document was never actually meant for public eye, just as we don’t have a timeframe to which this could have been published (Southwell doesn’t mention any real date for the document.) In that respect then, I could presume that while it appears that Southwell would have been writing for a pro-royalist audience based on the way he made his case, in that same breath I can’t be totally sure there.

Now, while Southwell himself was noted for exaggeration and the like,[2] the account given here on the Duke of Ormond’s life could certainly still be used to discuss his deeds, provided of course that the historian does the due diligence required with regards to this kind of research. I feel that Southwell teaches us a lot about being critical of your sources, then, as he both weaves in important information with pro-Ormond stances seamlessly; he challenged me to question him, to think carefully on what he said in order to gleam fact from fiction, and the reward for this was a proper story with the added strength of it coming contemporary of his subject. As a historian, the challenge to research is oftentimes related the sources themselves, whether it be a shortage of sources or that the sources are skewed. It can be quite frustrating and tedious, but the best way to manage this and to be able to properly account for these factors, which are beyond our control, is to always take the author’s arguments with a grain of salt; before handling a primary source, in my eyes, it pays to research the author and research the times which are being dealt with before actually reading the source. That way, if something seems off, you can account for that when writing; it’s possible that the author simply didn’t have access to the materials we have today and are limited by the information available, but it’s also quite possible that the author has motivations that we have to figure out. Southwell was fairly easy to pinpoint as far as motivations go; I was able to discern early on that he wrote this from the position of a supporter of the Duke of Ormond, but this is at times a more complicated process, especially if the author is subtle with their biases. As such, I found this document to be a great reminder of why it’s so important to have this process, so as to both inform me about how the author’s perceptions of the issues at hand shaped the way they approached their subject, which in turn helps me to apply the sources in an effective manner.

← A Personal Touch: Sir Robert Southwell and the Duke of Ormond
Annotated Bibliography →
Why it Matters: On the Value of Caution with Sources