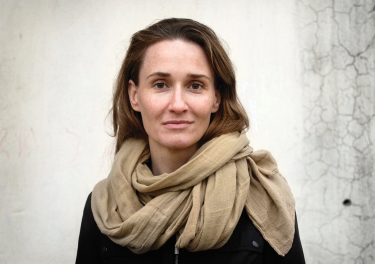 Jenny Nordberg is an award-winning journalist, columnist, and television producer. She has worked around the globe reporting on nuclear proliferation, foreign aid, human trafficking, the global financial crisis, as well as many human rights issues. She is currently a foreign correspondent for Swedish newspaper Svenska Dagblade.

Nordberg was part of a New York Times team that investigated the United States' efforts to export democracy to Haiti, and that won the Pulitzer Prize for its work on the American freight railroad system. She has also produced and written several documentaries for American television.

Her book, The Underground Girls of Kabul, explores the “bacha posh” phenomenon – girls who are raised disguised as boys in gender-segregated Afghanistan. Translated into more than ten languages, the book raises new questions about gender in children and adolescents, nature versus nurture, religion, sexuality, and the roles of women in war.

Nordberg holds a B.A. in Law and Journalism from Stockholm University, and an M.A. from Columbia University’s Graduate School of Journalism.