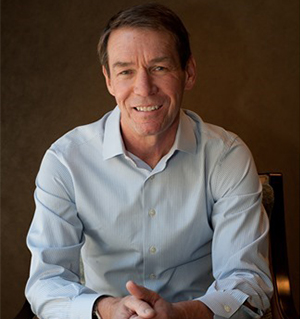 Published in April 2014, American Past Time tells the story of the disintegration and redemption of a family after the father, a minor league baseball player, fails to make it to the major leagues. It touches on events in American history from the early 50s to the end of the Vietnam War.

During his talk, Joy '73 traced his life’s journey from high school jock to serious college student; from little fish in a big company pond to the grand poobah and supposed master of his destiny as the owner of a small manufacturing company; and then finally, late in life, to changing course again and deciding to pursue a career as a writer. He spoke about his writing process and how he used his experiences with sports and with running a factory to inform American Past Time.

Joy is a 1973 graduate of the University of Rochester and a 1974 graduate of the Graduate School of Management (now the Simon School). He has been married for 41 years to Suzanne Sawada ’73, whom he met during his first year at Rochester. He grew up in Canandaigua, New York.

For 13 years, Joy worked for USG Corporation in Chicago in a variety of financial and strategic planning positions. During his tenure at USG, he became a CPA. In 1989, he acquired a small engine remanufacturing company in Phoenix. For the next 15 years, he and his brother-in-law built Engine Supply, Inc. into the major supplier of remanufactured engines to large retail chain stores such as Auto Zone, NAPA, and Advance Auto Parts.

In 2003, Joy enrolled in an evening writing class at the University of Chicago. Over the next 10 years, he took several more writing courses and attended numerous writer workshops, including the Iowa Festival, Tin House, Squaw Valley Community of Writers, Norman Mailer, Skidmore, Sewanee, and Bread Loaf.

Joy is a competitive age-group triathlete. In June 2012, he completed his first (and probably only) Ironman at Coeur d’Alene, Idaho. He lives in Evanston, Illinois with his wife Suzanne and his two artist daughters who plan to leave home soon. He has a son who is completing his Ph.D. in chemistry from NYU.

Joy was introduced by Curt Smith, senior lecturer in the Department of English.