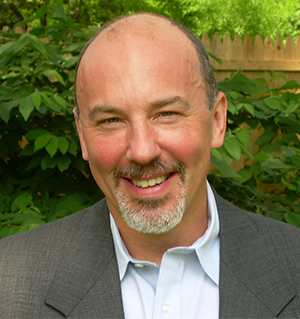 “The sixth ‘mass extinction event’ in the history of planet Earth is currently under way, with over two hundred species dying off every day. Will Homo sapiens be next—a victim of its own success? Humans dominate the Earth, and as our population approaches nine billion, we are more densely packed, more interconnected–and more vulnerable to disease, natural disaster, or technological crisis–than ever before.”

In The Fate of the Species, Fred Guterl '81 offers “a riveting and necessary thought experiment–not merely a scary story, but a fresh perspective on the world we have reshaped through our ingenuity, for better and worse.”

Guterl is the executive editor of Scientific American and has been writing about science for more than 25 years. His narrative in Discover, "Riddles in the Sand,” won the Journalism Award from the American Association for the Advancement of Science. The Overseas Press Club honored his Newsweek article, "The Wasteland," for environmental writing. Guterl led Scientific American to a General Excellence Award from the National Society of Magazine Editors in 2011 for the first time in its 169-year history. Formerly deputy editor at Newsweek International and an editor of Discover and IEEE Spectrum, he has also worked as a foreign correspondent based in London, England. He has appeared on CNN, Charlie Rose, TODAY, and The Daily Show with Jon Stewart to discuss popular issues in science.

Guterl holds a bachelor's degree in electrical engineering from the University of Rochester, and has taught science writing at Princeton University. He lives in the New York City area.

He was introduced by Adam Frank, professor in the Department of Physics and Astronomy.