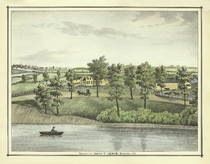 Julia Lewis (1848?-1899) was the daughter of Simeon (or Simon) and Sophia Lewis. Julia graduated from Buffalo Female Academy in June 1866. She would marry James Cochrane in 1877, and 14 years after his death, married Joseph Adlington.

Julia Lewis inherited her father’s farm, and retained ownership of the land throughout her life. When the first Oak Hill Country Club was established, it leased and then purchased the land from the Lewis-Adlington estate.

The farmhouse seen in this print was the first clubhouse for the Club. Lewis is buried in Mount Hope Cemetery. 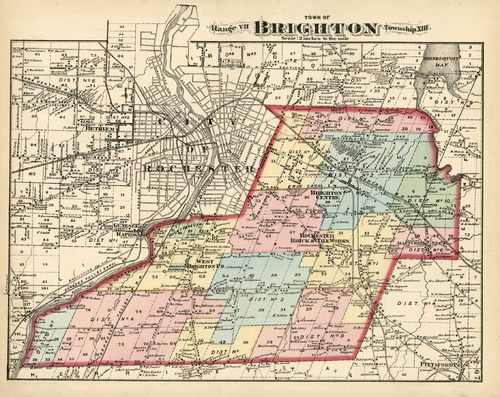 This plate from the Beers Atlas shows the crook of the Genesee River where the University’s River Campus is located.
The property is identified as being owned by Miss Julia Lewis, and closer to Ford Street, by the Wolcotts. 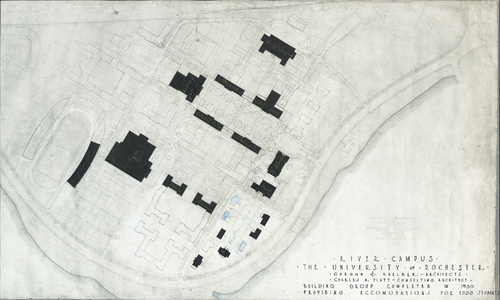 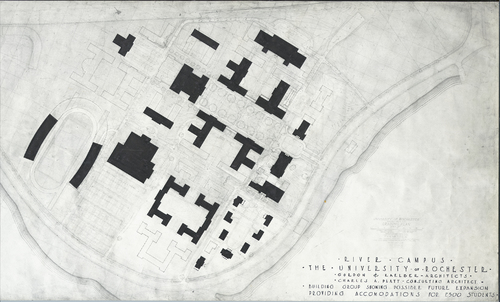 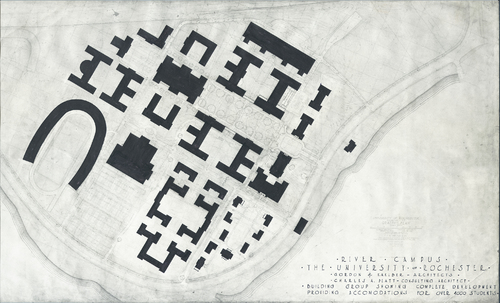 When the former site of the Lewis Farm was chosen as the new campus for the University, some observers thought it was too small, others that it would provide ample room to grow forever.

To prove the latter point, plans were drawn up to show how the expansion could occur for a student population of 1000, 2500 and 4000.

← Prince Street
Beside the Genesee