This manuscript discusses cities like Sion, Jerusalem, and Israel, as well as individuals like Judah and Jacob to depict and describe the destruction of Jerusalem caused by the proliferation of sin.

Beginning with the story of a woman mired in her sins, Jerimyes Prognostication warns men about how a sinful lifestyle would destroy them, particularly focusing on the failings and actions of women throughout the text.

Sin would only lead to more destruction, as this manuscript discusses in detail using Jerusalem, making this text both a cautionary tale as well as an observation on the contemporary religious climate. In the end, it advised all to act faithfully with God to live a better life. 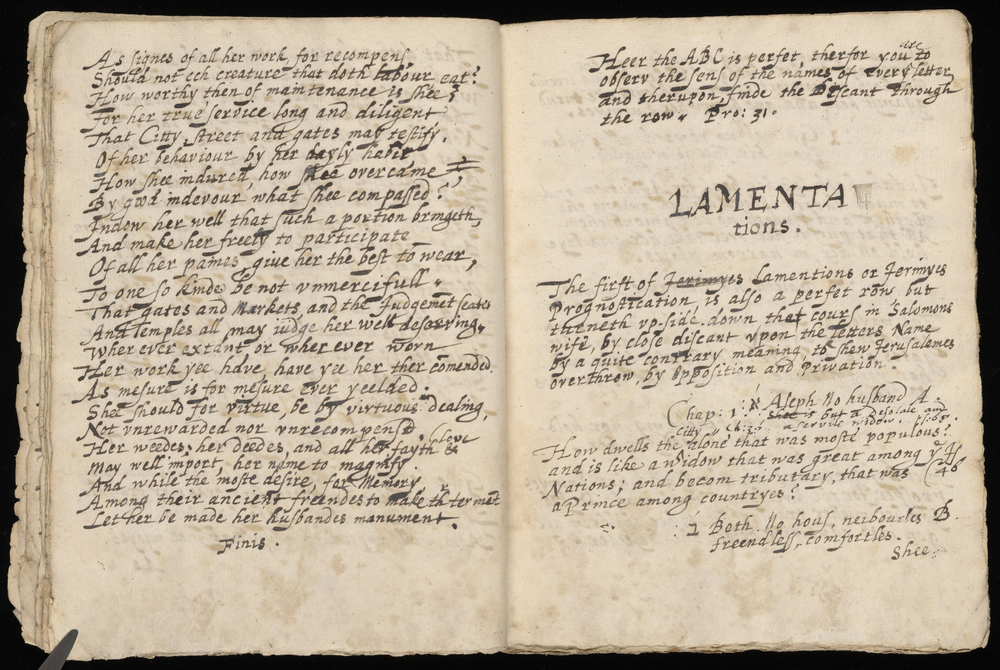 Jermiyes Prognostication was somewhat easier to transcribe, as we noticed the difference in the handwriting immediately between the two manuscripts.

If you look closely, you can see that many of the letters in this manuscript are relatively clear. Our largest obstacle was determining some of the words which were misspelled, or which included extra letters.

This manuscript in particular utilized many Hebrew letters throughout the text. While the current researchers unfortunately do not have any knowledge of the Hebrew language, we would like to note the common appearance of it on nearly every page, and on an additional page following the English text.