“In his early years living in the south, he and all other African Americans were not allowed to play in established baseball leagues. He played on the Negro league teams Bogalusa Tigers, and the Chicago American Giants as a catcher. He once caught for the great Satchel Paige. Rocky became manager of the Atlantic City Foley All-stars and the Utica Monarchs. He also managed the New York Black Yankees which finished its last season in 1948 in Rochester. The Rochester American Giants, a Negro minor league team was also managed by Rocky." 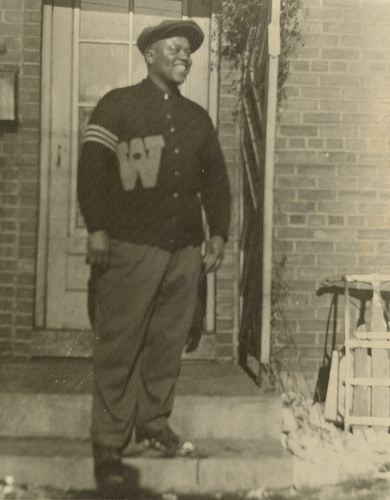 Rocky was a natural athlete excelling at both baseball and football. Here we see Rocky as a student at Wiley College where he was awarded an athletic scholarship. Wiley College located in Marshall, TX is one of the oldest historically black colleges west of the Mississippi.

Rocky Simmons, at right, as manager of the Utica Monarchs. 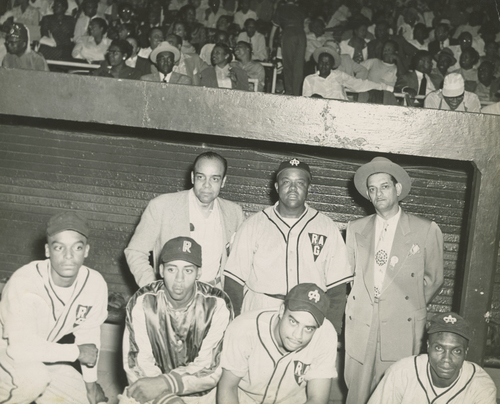 Rochester American Giants in the dugout of the Buffalo Bison’s home park. Rocky Simmons is standing in the middle with Alpheus Vallot in hat, circa 1940s. Players seated on bench are unidentified except for the player in the satin jacket believed to be pitcher Lemuel Jeffries. 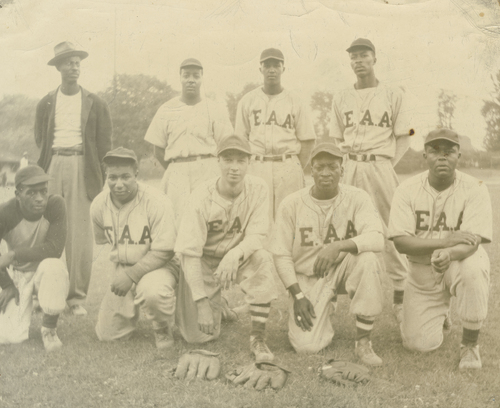 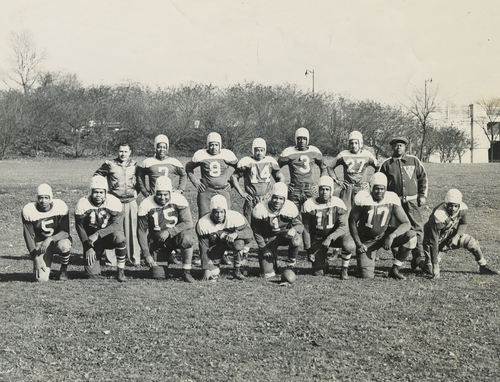 Rocky Simmons with the football team he coached in Rochester.

Rocky Simmons with the football team he coached in Rochester. 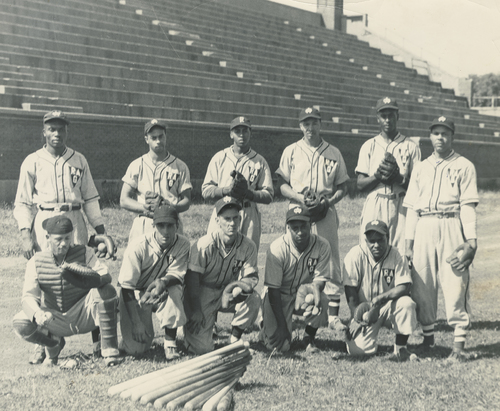 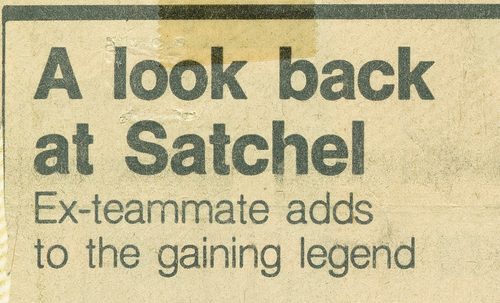 Detail of 1986 interview with Rocky Simmons about Satchel Paige.

McAlary, Mike. “A Look Back at Satchel: Ex-teammate adds to the gaining legend” in Rochester Democrat & Chronicle June 10, 1982.