“Rocky became involved in politics as a Republican when he was living in Rochester’s 7th Ward on the City’s northeast side. He became a Ward Leader when he saw the need for the community to have a larger voice in the issues that affected them.

As Ward leader, he helped many people get jobs, apartments, clothes, food and home heating oil. Rocky was a great organizer and knew many people in the community. His mission was to empower people with the right tools so they could improve their lives.

He was very involved in voter registration going to black churches, the public market, and people’s homes. He registered many African-Americans to vote. Rocky believed "do not complain if you are not voting."

Politicians would ask him to help them campaign in the black community. They were amazed so many people of different races and ages knew Rocky. Rocky treated everyone with respect no matter their race or creed and they treated him with respect in return. He became so well known in the Republican Party he was introduced to Nelson Rockefeller who was running for governor and was asked to be on the campaign team. Rocky loved campaigning and he was very good at it.” 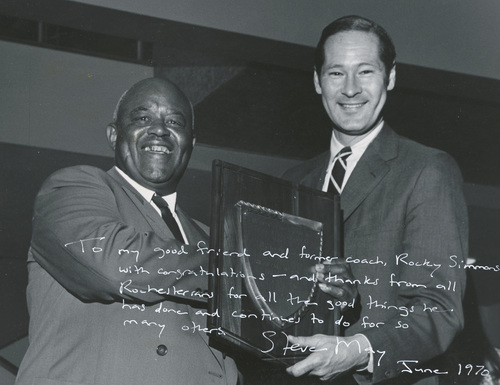 Rocky Simmons, at left, with Rochester Mayor Stephen May, June, 1970.

Rocky Simmons, at left, with Rochester Mayor Stephen May, June, 1970. As a boy, Steve May had been coached by Rocky. Professor Arthur J. May, Steve’s father, taught history at the University for 39 years and wrote A History of the University of Rochester 1850-1962.

Political memorabilia featuring Rocky Simmons and his involvement in Rochester's 7th Ward as a member of the Republican party. 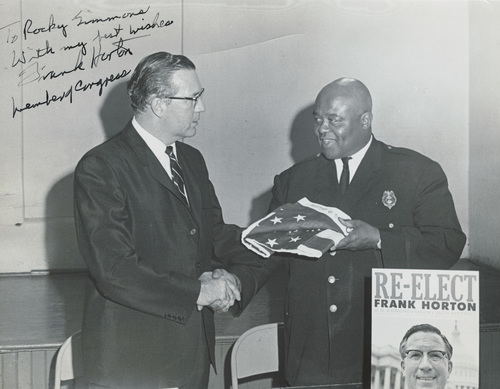 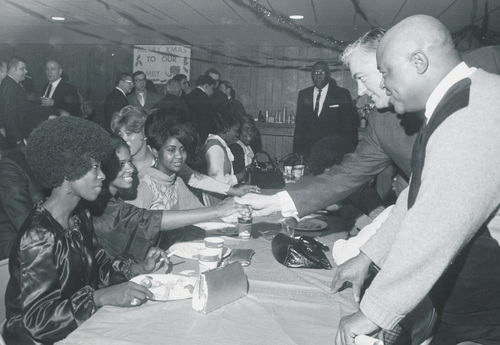 Rocky Simmons at right, with City Manager Kermit Hill to his right, working the crowd at a political gathering. 1970.

“In his position as Monroe County Family Court Attendant, Rocky was able to help anyone who came to court completely unprepared. He would explain the legal etiquette of the courtroom: what to bring, what to wear and when to answer questions asked by the Judge. If they did not have an attorney, he would make recommendations. He interceded with the Judge on their behalf where appropriate and helped attorneys by switching the docket to accommodate schedules. He was well known in Family Court and respected by judges, attorneys, court clients and co-workers.” 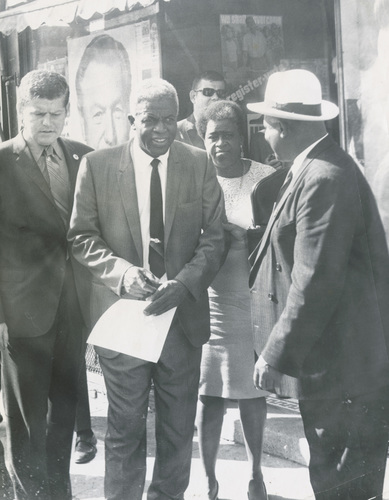 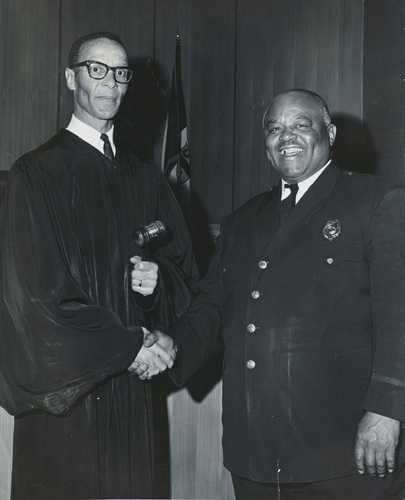 Rocky Simmons with Judge Reuben K. Davis, the first African-American Rochester City Court Judge. “He was appointed to the Judgeship in March 1967 and again in 1973. He was elected a NY Supreme Court Justice for the 7th Judicial District, in 1982.” He retired from the bench in 1996. 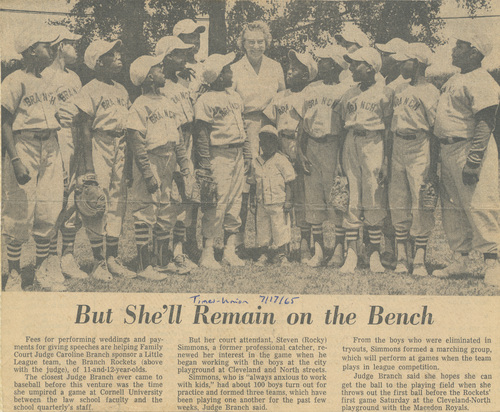 Judge Caroline Branch, the first local female judge, was elected to Family Court soon after the court was created in 1962. With Rocky’s help, she ran a successful primary against the Republican Party's designated candidate and defeated the Democratic candidate in the general election. Her husband John was a local attorney. Judge Caroline Branch appointed Rocky to the position of Monroe County Family Court Attendant, the first African American to hold the position. Rocky was a lifelong friend of the Branches.