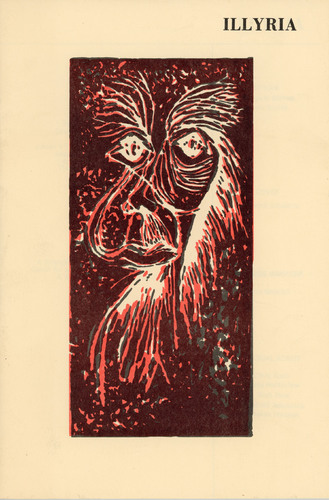 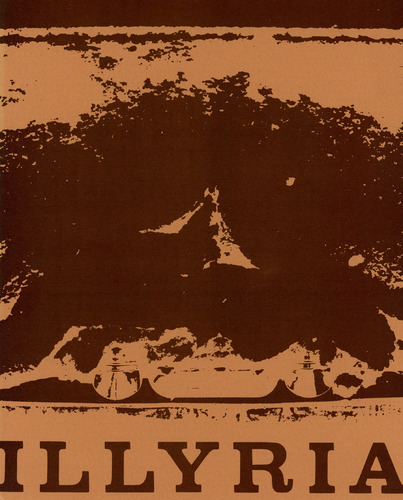 WHAT PUBLICATION, FRIENDS, IS THIS?

The Campus Times announced the startup of Illyria:

"Illyria, a new creative anthology, will be accepting contributions for its first issue until October 15. "The magazine, named for the world of the mind and imagination in Shakespeare’s “Twelfth Night,” will include all types of creative work: poems, short stories, musical works, critical reviews, and artwork, including photography. Editor-in-chief Barbara Richardson plans two issues this year — one in January and one in May." 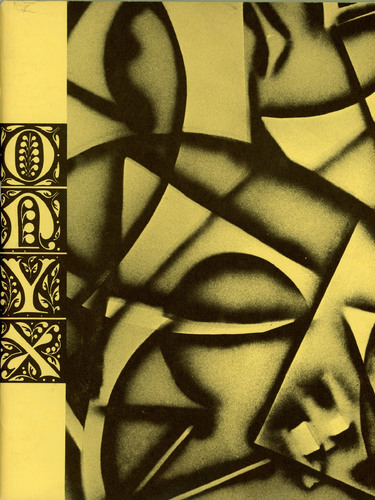 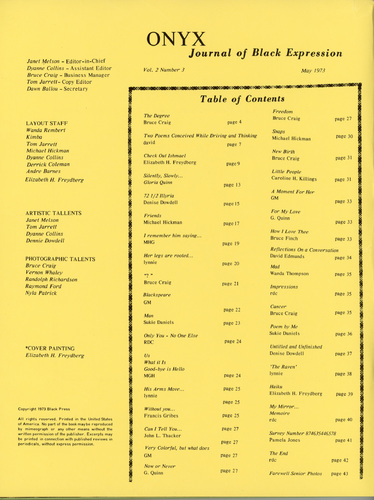 Elizabeth Hadley Freydberg (Class of 1973) was editor-in-chief of the Black Press, which simultaneously published Onyx and Perspective (on display elsewhere in this exhibition). Onyx published fiction, non-fiction, and poetry, and was described by Assistant Professor of History John Bracey, Jr as:

"...by Black students, directed primarily toward Black students. The U of R community at large should read it however because they as of yet have shown little awareness, not to mention understanding, of what the genuine interests and concerns of Black students are. Black students are here at the University of Rochester. Onyx is an assertion that they intend to say here; not merely sur viving. but growi ng and making an impact. Onyx is a “Black Stone” shining forth from the ivy covered walls. Read it, think, and learn." 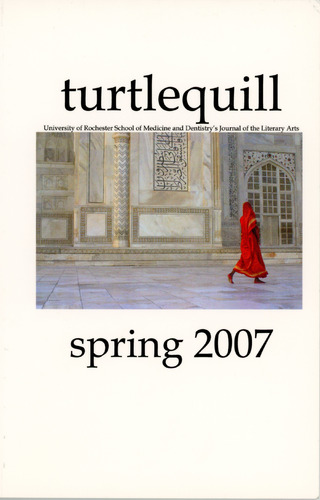 BECAUSE DOCTORS NEED A HARD SHELL AND A SOFT TOUCH

Four issues of TurtleQuill were prepared and published by students of the School of Medicine and Dentistry. Issues are available online: https://sites.google.com/site/turtlequilljournal/

Murmur has succeeded Turtlequill, and is available online 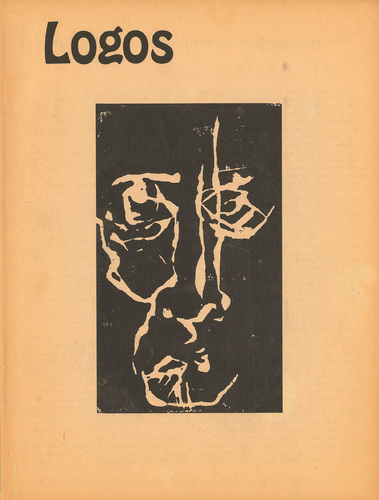 Logos, the longest-running art and literary journal at the University, will celebrate its 50th anniversary in 2022. In addition to creating all aspects of the issues, students host annual panel discussions with faculty and staff about publishing, editing, and design. 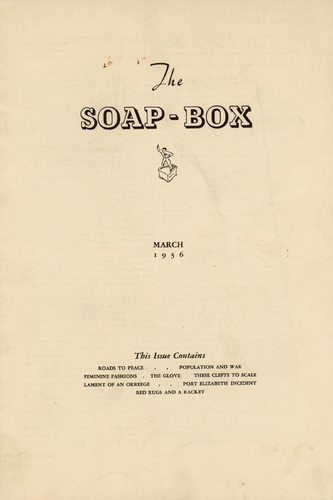 University of Rochester. The Soap-Box (March 1936)

"The Soap-Box is the student literary publication of the University of Rochester."

Four years after its founding, The Soap-Box editors were practically begging for submissions. 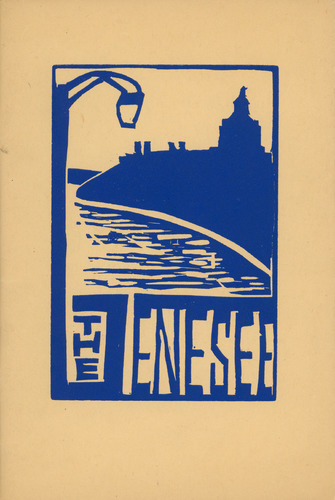 University of Rochester. The Genesee (Spring 1949)

Galway Kinnell ‘49 (MA) contributed a poem entitled “A Prayer at Year’s End” to the Spring 1949 issue of The Genesee. Unlike the “forgotten” short piece written by Shirley Jackson in the Spring 1935 Meliora, Kinnell’s poem appears in checklists of his work. 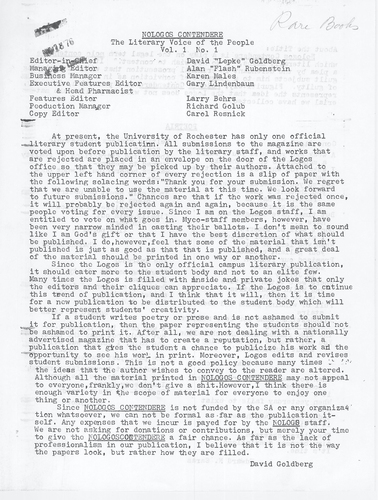 University of Rochester. NoLogos Contendere: The Literary Voice of the People (November 18, 1976)

First published in November 1976, Nologos Contendere was described by its founders not as an anti-Logos, but as a publication for those whose submissions had been rejected by the well-established journal. Only one issue appeared, perhaps due to lack of funds. 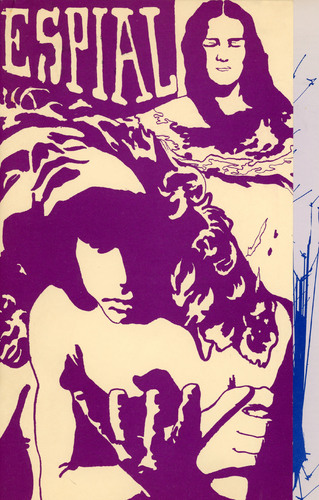 I SPY, YOU SPY

The first issue of Espial is perhaps one of the most physically interesting publications produced at the University. In a Campus Times interview, the editors “pointed out that Espial is not to replace or compete with Prologue, the UR’s other literary magazine. It is to be a more ‘relaxed’ publication meant to stimulate people’s thinking. The title has a dual connotation: to spy and to be spied upon, in addition to signifying to notice and to catch sight of.” 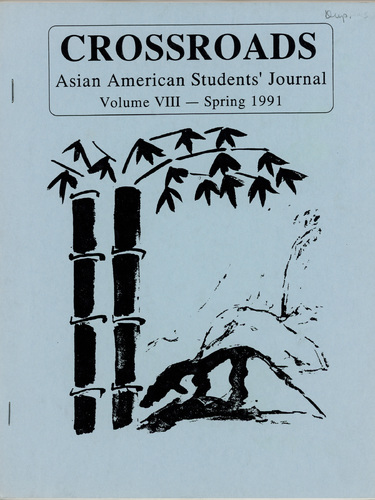 "Non-Asians need more awareness that Asians do not all fit one stereotype....the name "Crossroads" symbolizes this exchange." 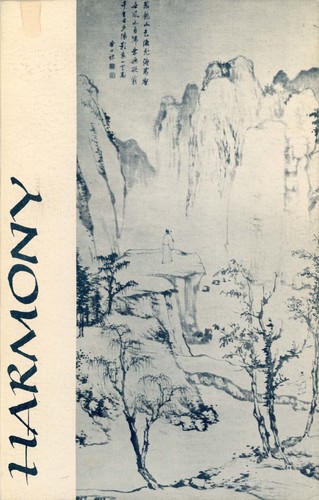 Harmony espoused high ideals in both its content and management. Its first, and only issue, presented articles authored by both students and faculty. It was intended to reach into the Rochester community as well, and copies were circulated to other local colleges. 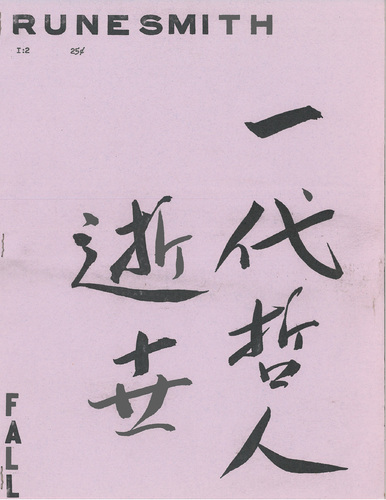 Only two issues of Runesmith are held in the collections. The short-lived journal was edited by Richard Brzustowicz, Jr., of the Class of 1969. 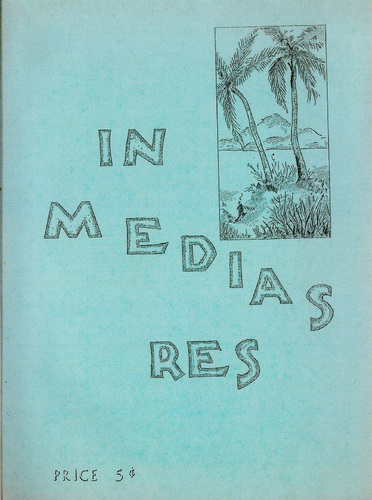 University of Rochester. College for Women. In Medias Res (Spring 1934) 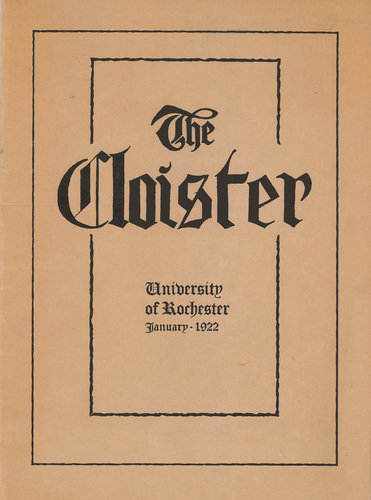 University of Rochester. College for Women. The Cloister (1921) 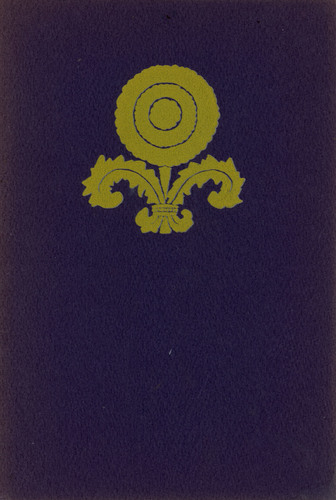 To understand the various literary journals at the College for Women, one must do some digging. The Cloister, launched in 1921, was replaced by The Meliora in 1930, and was itself supplanted by In Medias Res in 1933.

When a January 1934 letter to the Tower Times judged that latest effort to be “of the editors, by the editors, and for the editors,” The Meliora returned, with the assurance that it would be “representative of the entire college and not to be managed and written by the Scribblers Club alone.”

What and who was the Scribblers Club?

Its members described themselves and their goals in the 1927 Croceus yearbook thus: "The role which the ‘Scribblers’ Club’ plays in the drama of college life is a literary one. The object of the club is the writing of original pieces and an attempt to improve style and expression by constructive criticism… Occasionally the meetings were made more delightful and profitable by speakers who came to discuss the works of some of the leading authors and poets of the day." 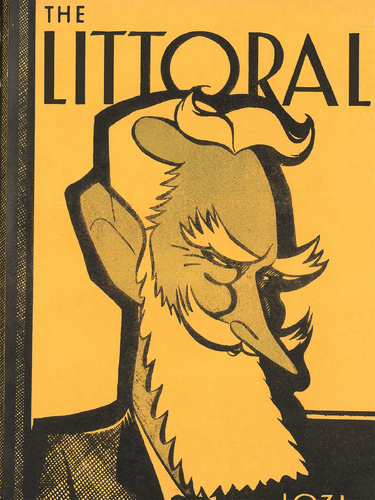 NOT THE NEW YORKER, OR ESQUIRE

The editors of the Rochester student literary journals of the first half of the 20th century often proclaimed that they were not trying to be The New Yorker (which began in 1925) or Esquire (1933), even as the stories, cartoons and covers mimicked those Big City titles. 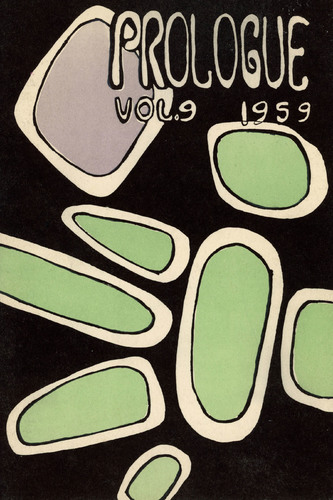 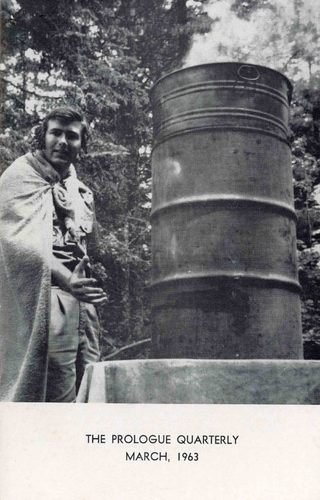 Although the colleges for men and women would not merge for another four years, Prologue was launched in 1951, and combined the Genesee and Dandelion journals. Original cover artwork was always a prominent aspect of each issue. It continued publication until the 1967 issue shown here. 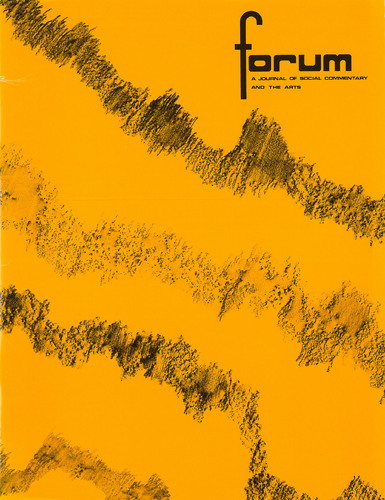 University of Rochester. Forum Association. Forum: A Journal of Social Commentary and the Arts (Spring 1972).

The early 1970s saw a wide range of new publications, most of which did not survive past a few issues. Forum was accepting submissions in the fall of 1971, but only two issues were produced. 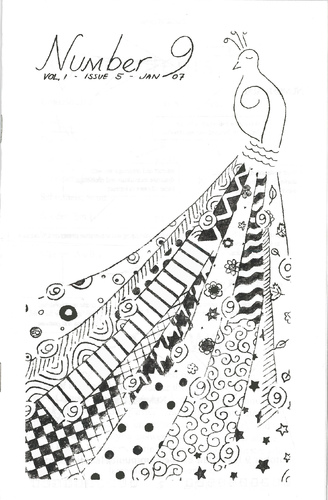 Many of the staff of Number Nine were members of the Community Learning Center, which was housed on the Fraternity Quad (the house is currently occupied by Sigma Phi Epsilon).