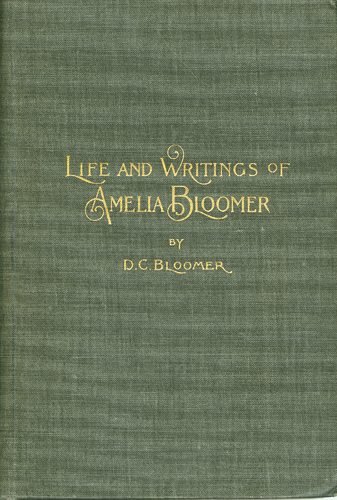 Amelia Bloomer (1818-1894) was born in Homer, Cortland County. As a young woman she taught school in Clyde and Waterloo, and after her marriage in 1840 to Dexter C. Bloomer she moved to Seneca Falls.

Here in 1849 she began to publish The Lily. Initially the newspaper was devoted to the cause of temperance, but soon articles on woman's rights and dress reform began to appear. In 1852 Bloomer launched her career as a lecturer, when she spoke before the Daughters of Temperance in Rochester. In 1855 she and her husband moved to Iowa, where Bloomer continued to work for the rights of women. 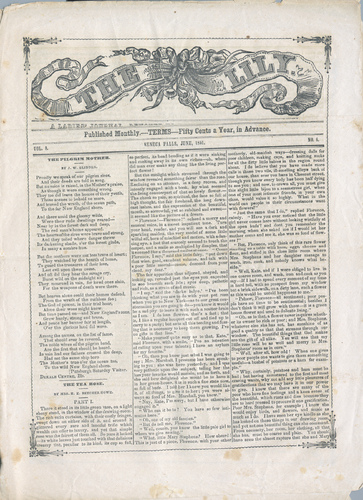 In the April 1851 issue of The Lily, Amelia Bloomer advocated that women abandon their unhealthy tight stays, impractical long skirts, and restrictive petticoats for a new mode of dress consisting of a loose tunic and short skirt worn over Turkish-style pantaloons.

Because the first notice of the new style appeared in her newspaper, Bloomer's name became attached to the costume, although it was first worn by Gerrit Smith's daughter Elizabeth Smith Miller. This issue of The Lily includes an editorial on "Short Dresses" and a letter from a subscriber who reviews the healthful and social benefits to be derived from dress reform and asks for instructions on how to make the "new (and I am sure delightful) Turkish dress

Copies of The Lily from the collection of the Susan B. Anthony House 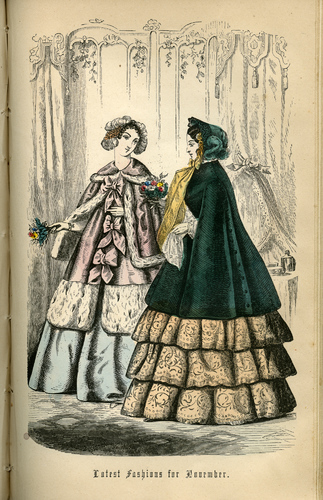 This plate shows the cumbersome, heavy, and impractical garments that were in fashion when the bloomer costume was introduced as an alternative style. 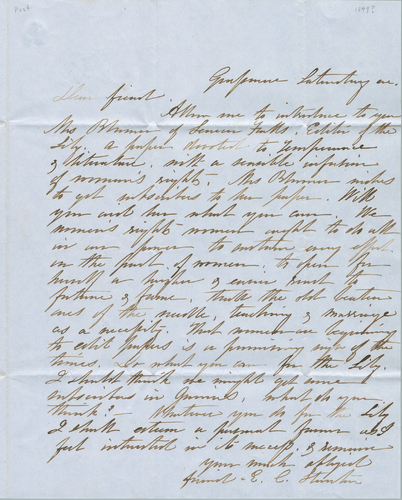 Friend. Allow me to introduce to you Mrs. Bloomer of Seneca Falls. Editor of the Lily, a paper devoted to temperance & literature, with a sensible infusion of woman's rights, - Mrs. Bloomer wishes to get subscribers to her paper. Will you aid her what you can. We women's rights women ought to do all in our power to sustain every effort in the part of women; to open for herself a higher and evener road to fortune & fame, than the old beaten ones of the needle, teaching & marriage as a necessity. That women are beginning to edit papers is a promising sign of the times. Do what you can for the Lily. I should think we might get some subscribers in Junius. What do you think? - whatever you do for the Lily I shall esteem a personal favor as I feel interested in its success … 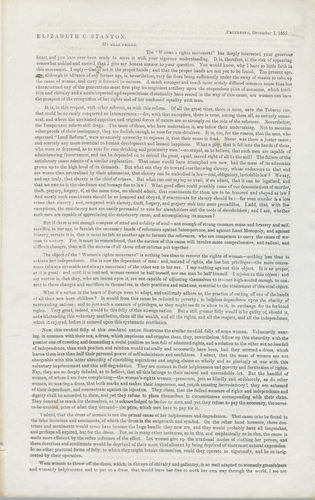 In this printed letter to Elizabeth Cady Stanton, Gerrit Smith declared that the women's rights movement would never succeed as long as women insisted on wearing fashionable rather than practical dresses. Women, said Smith, must escape "the kingdom of fancy and fashion and foolery" for the kingdom of reason and righteousness." 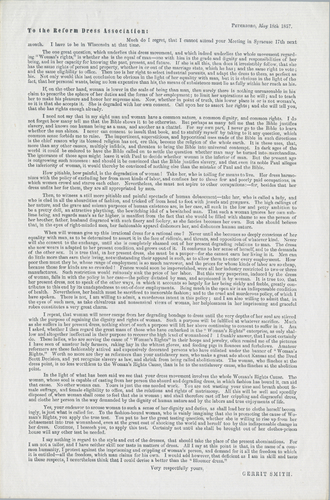 In this circular Gerrit Smith has harsh words for advocates of women's rights who did not support the dress reform movement: "the woman, whose soul is capable of casting from her person the absurd and degrading dress, in which fashion has bound it, can aid that cause. No other woman can." 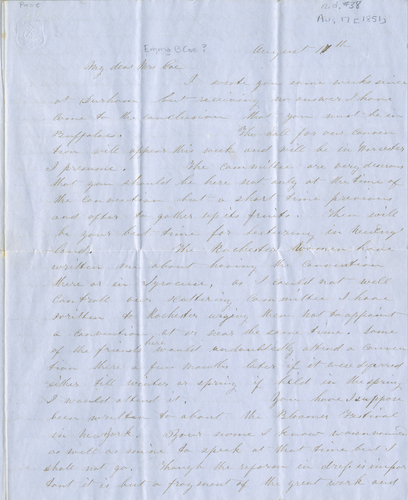 Davis writes that she does not intend to attend the upcoming Bloomer Festival in New York.

"Though the reform in dress is important it is but a fragment of the great work."

She refers to women like Elizabeth Oakes Smith, whose beauty will "give grace and elegance to our movement." Susan B. Anthony, unimpressed by Smith's elegance, prevented her from presiding over the 1852 Syracuse convention because Smith was wearing a fancy, low-cut, white dress. 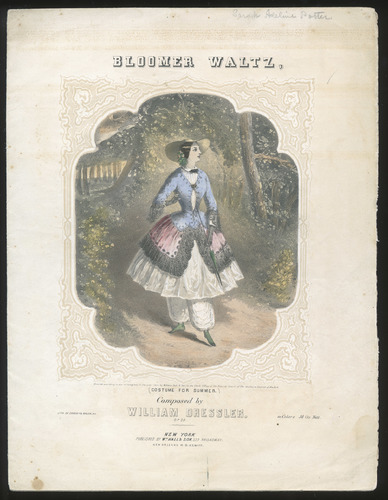 Sheet music for the Bloomer Waltz, composed by William Dressler. The hand-colored lithograph of a bloomer costume is glamorized, and doesn't look too much more comfortable than a conventional dress of the period. 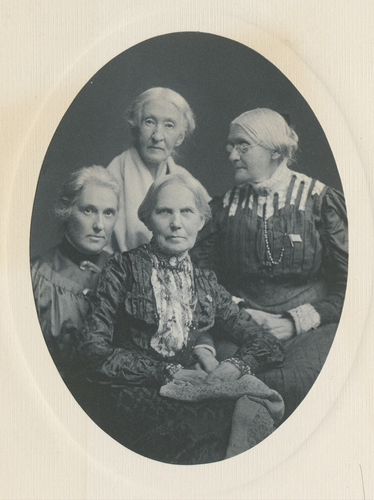 Elizabeth Smith Miller is credited with designing and first wearing what became known as the "bloomer costume." In this 1905 photograph she poses with Susan B. Anthony (top right), her daughter Ann Fitzhugh Miller (bottom left) and Mary S. Anthony.

This satirical look at dress reform first appeared in the English publication, Punch. Dress reformers were subject to so much ridicule that they were finally forced to return to their conventional dress. The bloomer, they soon realized, was receiving much more attention than the women's rights arguments made by its wearers.