The Seneca Falls and Rochester Conventions

When the World Anti-Slavery Convention met in London during June 1840, the American delegation included women. After an extended debate, the convention ruled that only male delegates could be seated. Among the women assigned to sit silently behind a curtain were Lucretia Mott and Elizabeth Cady Stanton. Indignant that women had no rights, even within the ranks of reform movements, the two decided to hold a women's rights convention when they returned to America. 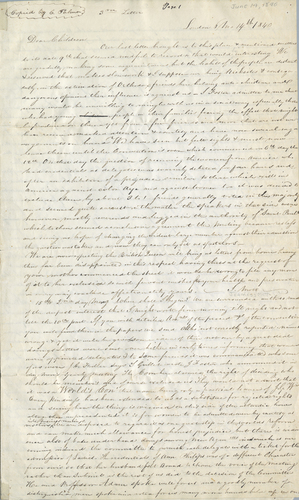 Contemporary copy of a letter from James and Lucretia Mott to their children written from London on June 14, 1840. 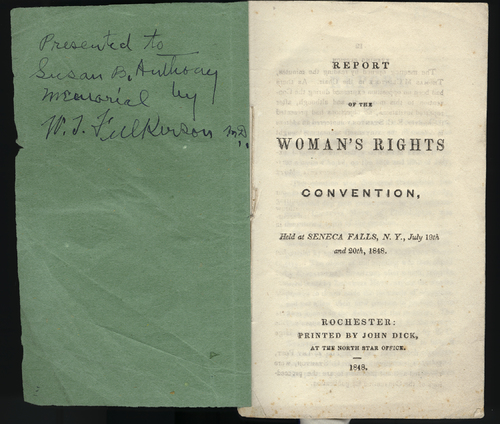 On July 14, 1848, Lucretia Mott and Elizabeth Cady Stanton issued a call in the Seneca County Courier inviting the public to attend a convention at the Wesleyan Chapel in Seneca Falls on July 19 and 20, "to discuss the social, civil, and religious condition of women." Frederick Douglass attended the Convention and the proceedings of the Convention were published at his press in the North Star office.

Using the Declaration of Independence as a model, Elizabeth Cady Stanton wrote a Declaration of Sentiments to be presented at the Seneca Falls Convention. Beginning with the premise that "all men and women are created equal," Stanton listed eighteen legal grievances suffered by women, including the denial of franchise and of the rights to their wages, their persons, and their children. The document also called attention to women's limited educational and economic opportunities and protested against the double standard of morality. The Declaration was followed by a series of resolutions, including the demand for woman suffrage. The only resolution that met opposition, it was finally adopted after much discussion. 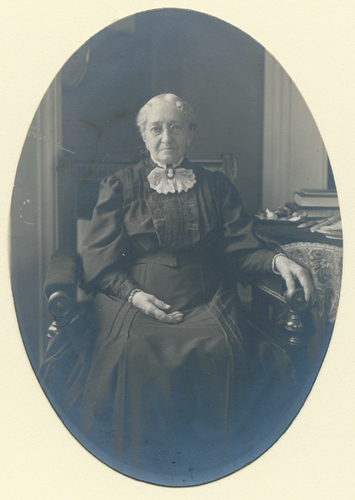 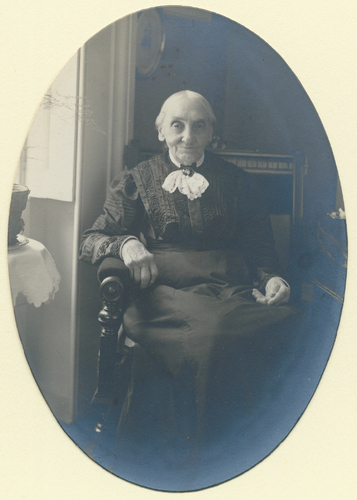 Among the Rochesterians who attended the Seneca Falls Convention were Mary H. Hallowell and Sarah Hallowell Willis. They were elected secretaries of the Woman's Rights Convention held a month later in Rochester. The photographs were taken in 1911. 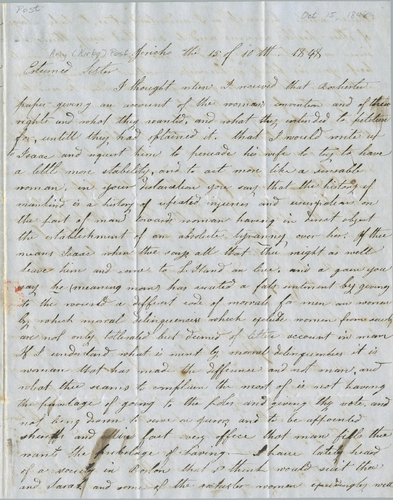 I thought when I received that Rochester paper [the North Star] giving an account of the woman's convention and of their rights and what they wanted, and what they intended to petition for, untill they had obtained it, that I would write up to Isaac [Amy's husband] and request him to persuade his wife to try to have a little more stability, and to act more like a sensable woman….what thee seems to complain the most of is not having the privilage of going to the poles and giving thy vote, and not being drawn to serve on jurors and to be appointed sheriffs and all in fact every office that man fills thee wants the privilage of having…. 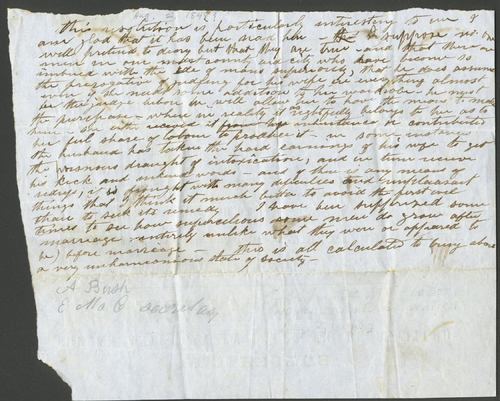 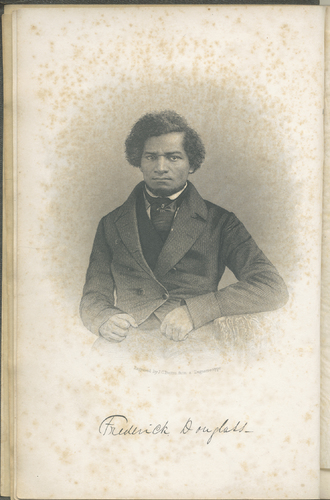 Frederick Douglass. Frontispiece of My bondage and my freedom (1856)

Frederick Douglass attended both the Seneca Falls and Rochester conventions. These notes, taken at the Rochester Woman's Rights Convention by an unknown person, are written on the verso of a printed prospectus for Douglass's anti-slavery newspaper The North Star. 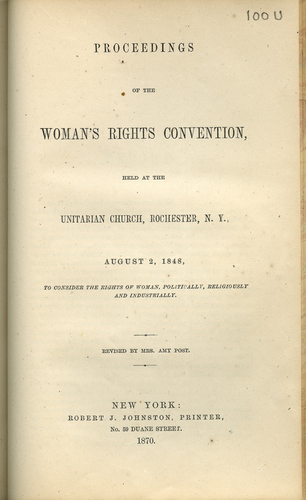 The Seneca Falls Convention reconvened in Rochester on August 2, 1848. At this convention resolutions were passed in favor of securing women the franchise, dropping the word "obey" from the marriage vows, and helping women secure better wages. 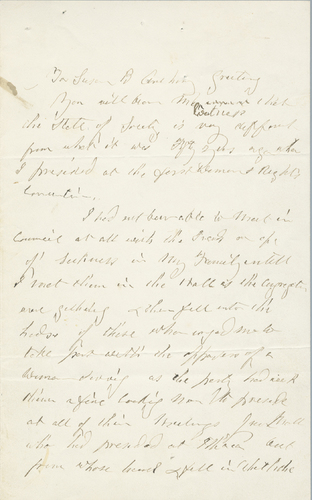 Letter from Abigail Bush to Susan B. Anthony (1898) 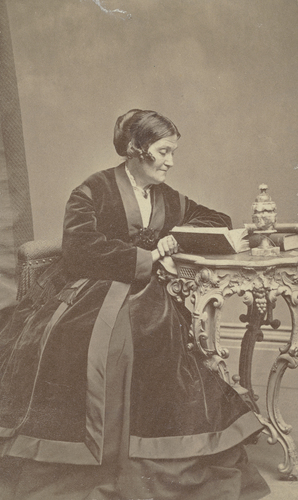 Abigail Bush was elected President of the Rochester convention and she conducted the meetings. This was a true departure from tradition, and Bush became the first woman to preside over a public meeting attended by both men and women. In this 1898 letter to Susan B. Anthony, Bush writes that her action "ended the feeling with women that they must have a man to preside at their meetings." 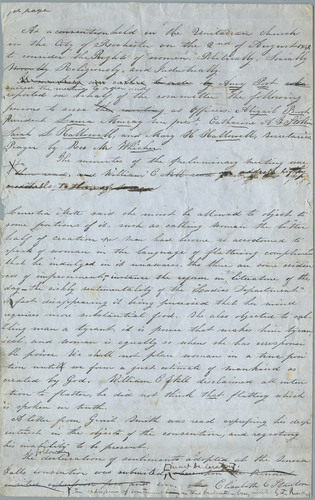 The original manuscript minutes taken by Amy Post at the Rochester Convention.

← Precursors
The Syracuse Convention →
The Seneca Falls and Rochester Conventions