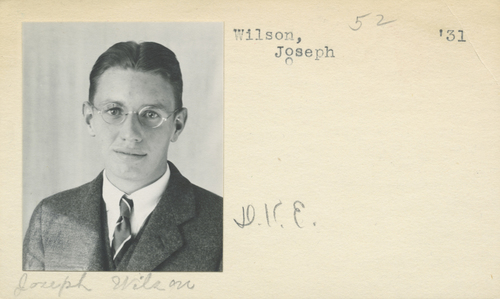 Joseph C. Wilson was a freshman in the fall of 1927.  He was a local boy who attended Rochester city schools. He was a UR “legacy” too—his father, Joseph R. Wilson, was class of 1903.

Student ID cards were much simpler in 1927, and were kept in the library to verify that students were eligible to check books out.

A big event at Freshman Orientation was Flag Rush—a competition between the freshmen and sophomores to capture a piece of cloth pinned to the top of a pole or ladder. At “stake” was the right to walk certain paths on the campus and release from the requirement of wearing a freshman beanie. 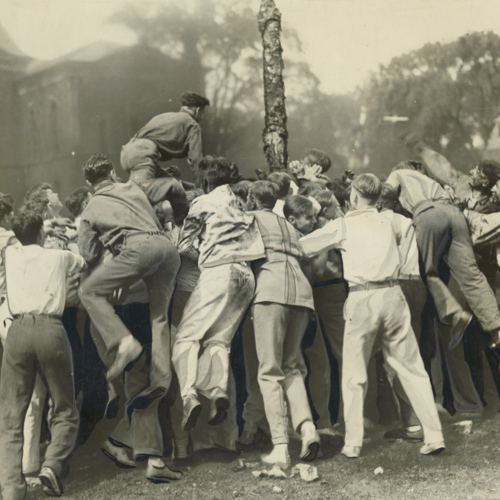 Freshmen of 1927 mount an attack to retrieve the flag nailed to the top of the greased pole, while sophomores defend it. 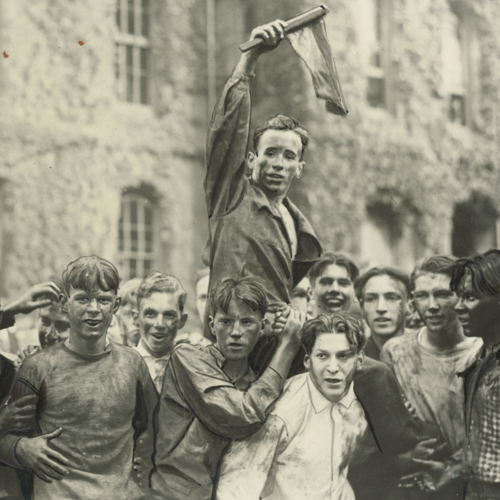 Paul Emerson (Class of 1927) proudly holding the flag retrieved from the greased pole in 1923, on shoulders of his fellow victorious freshmen 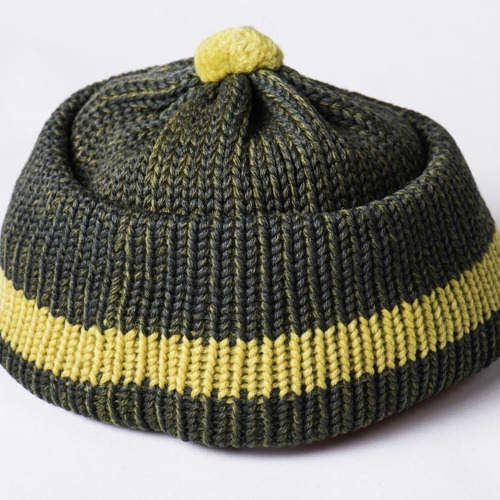 Beanies and cloches were worn to designate class year; freshmen were enjoined to wear them at all times, and to wave them vigorously at sporting events.

Why green? Rochester selected dandelion yellow in 1893, but didn't select blue until the 20th century. According to the Oxford English Dictionary, “green” began to denote immaturity in the 14th century. First-years were more than just green—“The Pea-Green Freshman” is found in the 1903 publication Some Songs We Sing at Rochester. 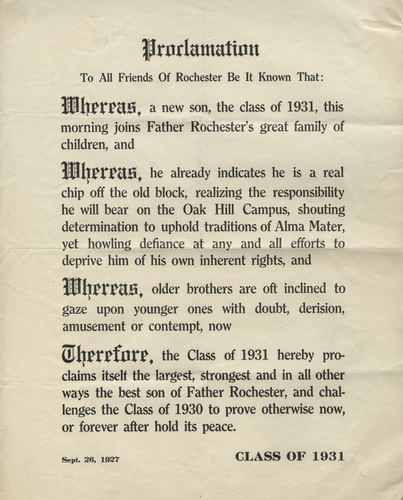 "Proc Night" was another contest held between the first and second year students. The Frosh and Sophs would each issue challenges (printed broadsides or handbills proclaiming their superiority) and paste them all over the campus on Prince Street. The "winning" class would the the one that succeeded in pasting the most proclamations on sidewalks, trees, poles, etc.

Wilson focused his studies in English, Philosophy and Economics, but he was interested in many subjects and activities. He took classes in History, Geology, French, German, and Biology. He also was the student manager of the football team, pledged Delta Kappa Epsilon, and was active in student government. He was Phi Beta Kappa, and was named to the University's unique honor society, the Keidaeans.

The first three years of Joe Wilson’s college life were spent on the UR’s old campus, on Prince Street, where the Memorial Art Gallery is located. In 1930, the River Campus was brand new, and Wilson and the rest of the Class of 1931 were the first seniors to march on the Quadrangle and study “Beside the Genesee." 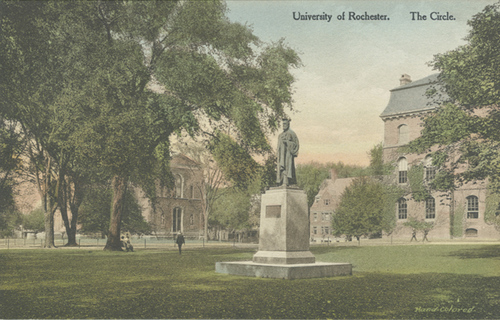 Anderson Hall, with the statue of Martin Brewer Anderson in front. 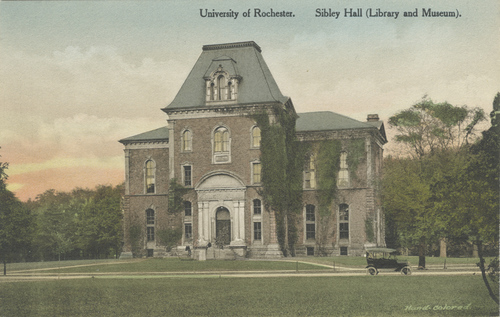 Sibley Hall housed the library and natural history museum, and opened in 1877. 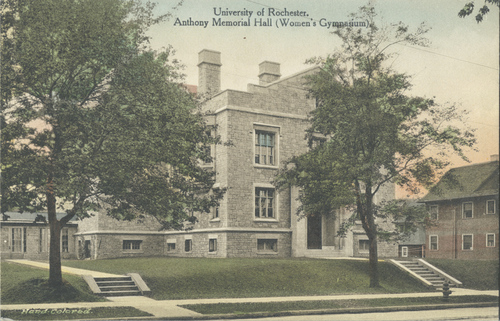 Anthony Memorial Gymnasium and Catherine Strong Hall opened in 1914 for the College for Women.

All through his college years, Wilson and his classmates watched the new campus being built and visited the buildings during construction. He witnessed Eastman’s philanthropy, but also saw the example set by his family and neighbors in lending their support—financial, intellectual, and physical—to their community. 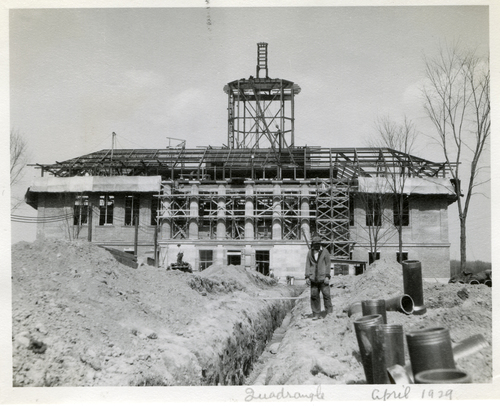 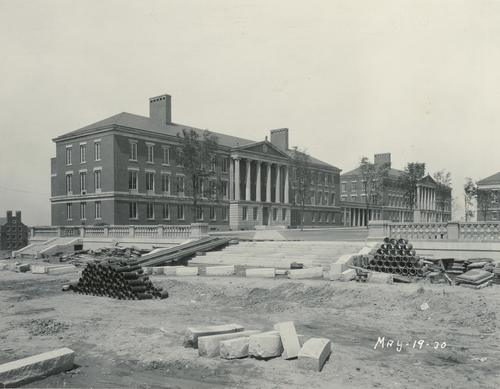 Rochester photographer Josef Schiff documented the brand-new River Campus buildings and interiors in the fall of 1930. 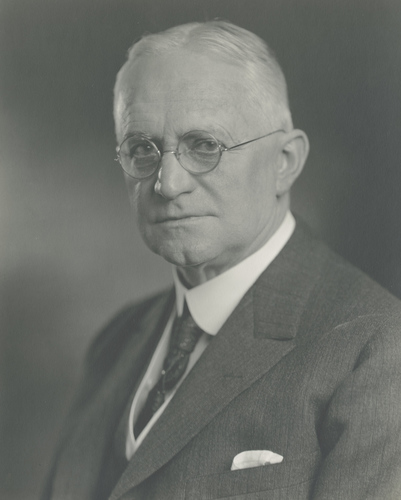 The campaign was unique, soliciting a record 10 million dollars in 10 days from over 13,000 contributors.

Among those contributors was George Eastman, of course. Eastman gave the lion’s share—$2.5 million—but asked for no visible acknowledgment. The Eastman Quadrangle was named in his honor after his death in 1932; his statue was dedicated in 2009.

Even before he came to the UR as a freshman, Joe Wilson would have known about the UR. In 1924, a fund-raising campaign was held to raise the money necessary to build a new home for the University. Wilson’s father (Joseph R. Wilson) and grandfather (JC Wilson) both contributed. 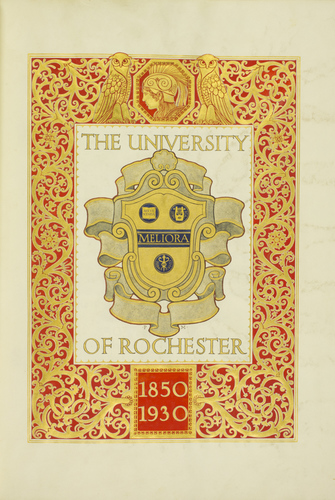 Title page of the Greater University Fund book, created to commemorate all those who contributed to the 1924 capital campaign. 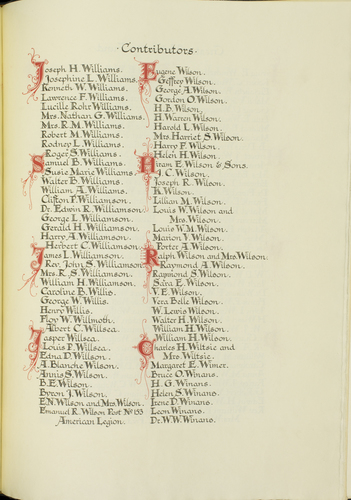 The theme of the 1924 Campaign was “A Greater University for a Greater Rochester.” Brochures expounded upon the idea that the community as a whole would benefit if the University had better facilities to educate the young men and women of Rochester; Joe Wilson would have seen around his own home, because his father was on one of the Campaign “teams” that canvassed the City. 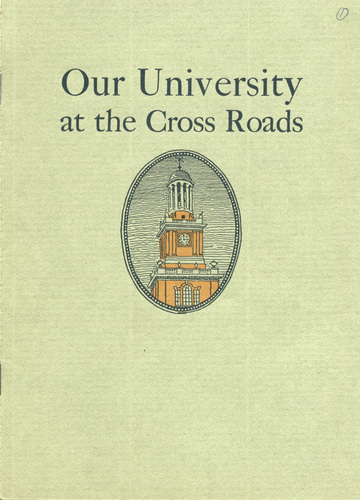 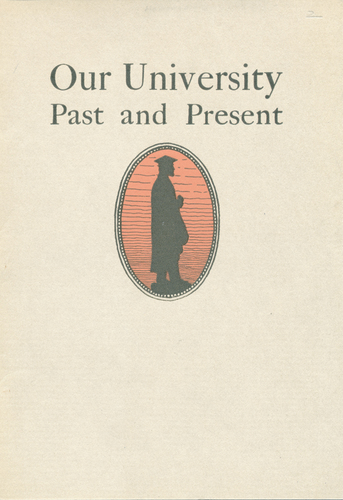 My plea to you is a simple one--much too trite perhaps--almost a cliche--but not really. It comes from deep within me, at any rate, and at the risk of sounding like preaching, I am going to plead that you Read! Read! Read!

...No one who ignores, and not to read is to ignore, no one who ignores the great minds, the spirits, the meaning of justice, of truth, of happiness, of sacrifice, of grief, of courage, of love and friendship, is really living. They are existing in a kind of vacuum isolated from that great human parade which stretches back and back into the dark past before records were made. It Is the parade of people whose towering achievements and his poignant frailties has made us, our beliefs, our minds, who have left us priceless heritages of ideas and concepts, of ideals and appalling craven notions, of criminal depths in men, of deep and sensitive portraits of men and times.