As the Second World War drew to a close, Joe Wilson and others at Haloid knew they had to find a new product--other, larger companies, including Kodak, could easily duplicate their product line or could control the supply of needed raw materials.

They discovered that new product—the idea for it—in Chester Carlson’s patent for electrophotography: xerography. It would take ten years to develop Carlson’s initial 1938 patent into a working product, and another ten years to bring the 914 office copier to market. 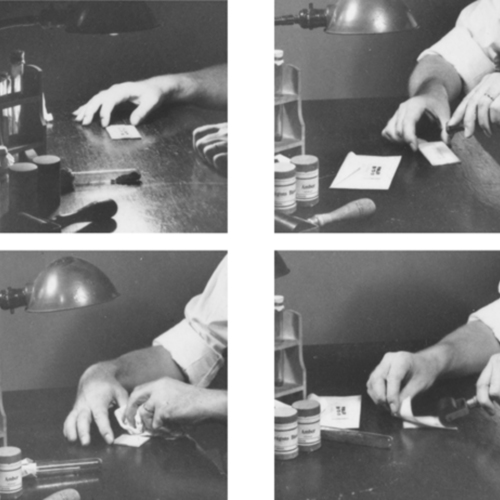 Chester Carlson demonstrating the process he discovered in 1938.

In 1938, Chester Carlson, with the assistance of Otto Kornei, “reduced to practice” his original idea--made his scientific theory into a reality. 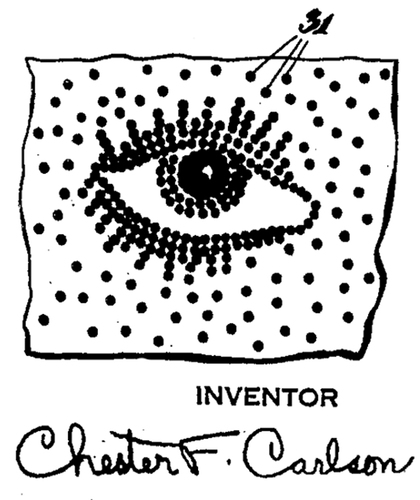 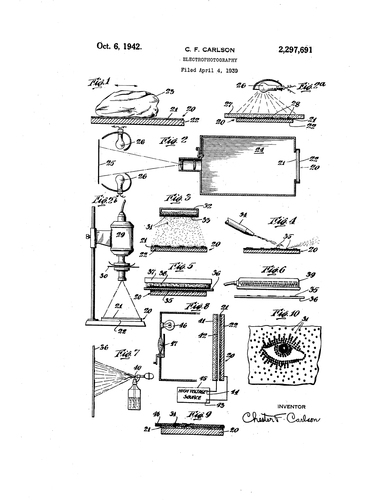 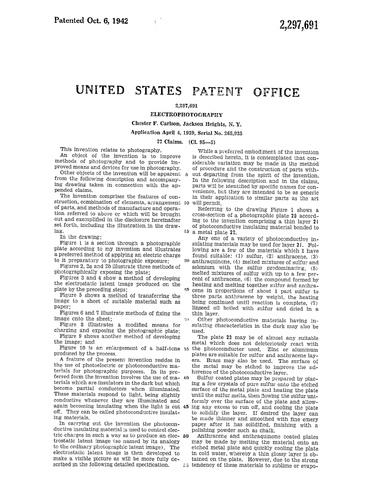 Chester Carlson's patent for electrophotography was granted in 1942. 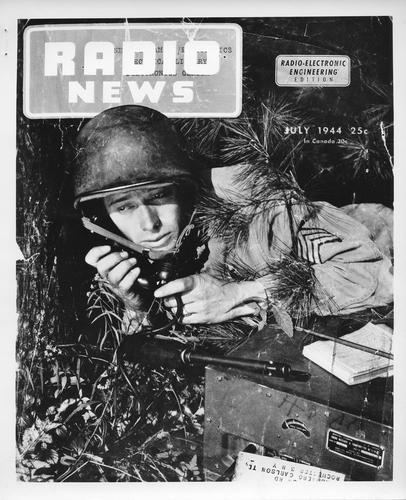 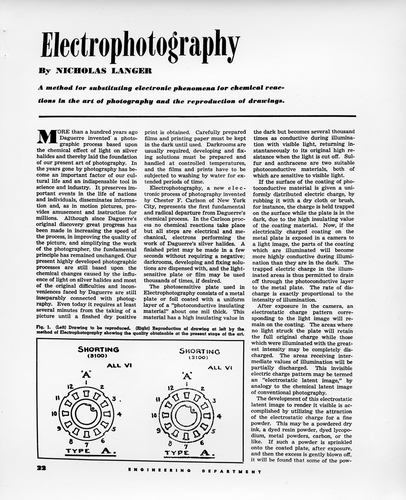 A reference to the Radio News article about Carlson’s patent appeared in the Kodak Monthly Bulletin. John Dessauer, Research Director for Haloid read it, after being alerted to it by another Haloid staffer. 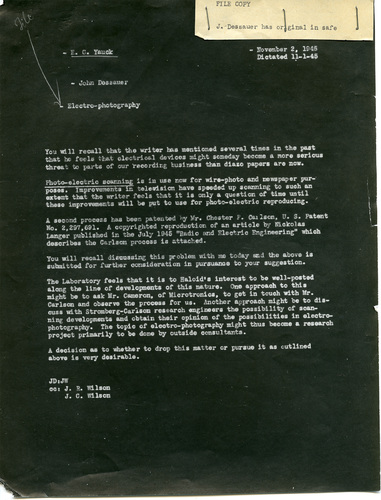 Dessauer’s memo to the Wilsons set the wheels of history in motion. The term “xerography” ("dry writing" in Greek) was devised, debated, adopted, pronounced, publicized, and deliberately not trademarked. 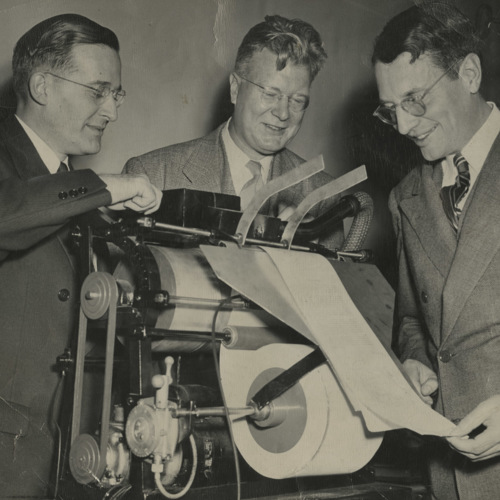 In 1948, the Haloid Company announced the launch of xerographic copying in Detroit, Michigan at the annual meeting of the Optical Society of America.

The newspapers in Rochester in November 1948 reported:

← Life After College
From Haloid to Xerox →
Wilson and Carlson