After graduation, Wilson studied at the Harvard Business School, graduating with high honors in 1933. He returned to Rochester and, with employment prospects during the Depression dim, went to work at the Haloid Corporation.

Haloid, founded in 1903 by Wilson’s grandfather ("JC" Wilson) and three other businessmen, was not quite the “family business.” Joe Wilson’s father (JR) was a vice-president, but it was Haloid’s president, Gilbert Mosher, who held the controlling interest in the company.

Fresh from his business school training, Wilson worked in various departments in the company. His new ideas were not always warmly welcomed, but his respectful manner won him respect in return from fellow employees.

Haloid was in the photocopying business, but not photocopying in the modern sense. Before 1960, making copies of documents was mainly a photographic process, made on chemically-coated papers.

Haloid made those coated papers, but had to purchase the raw materials from Kodak: Haloid would always be at the mercy of its much larger competitor.

In 1935, Haloid purchased equipment-manufacturer Rectigraph, which meant that it now controlled more aspects of its business: equipment (Rectigraph machines) and supplies (the Haloid photographic paper).

Haloid prospered even during the Depression and provided a valuable service throughout the second World War, but it was clear, as a 1944 internal Haloid report stated, that "A company of Haloid’s size and financial strength cannot hope to serve properly all the fields of photography...It is our considered judgment that Haloid’s spot is in Documentary Reproduction." 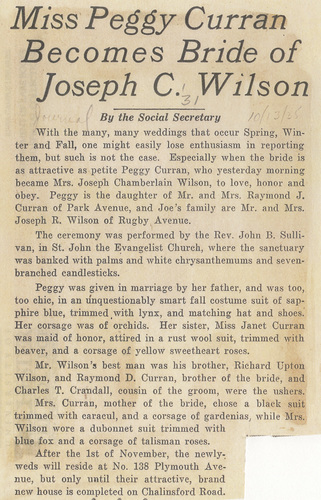 On October 12, 1935, Joe Wilson married Marie "Peggy" Curran. They would have six children, with whom they shared their strong ethic of social responsibility. 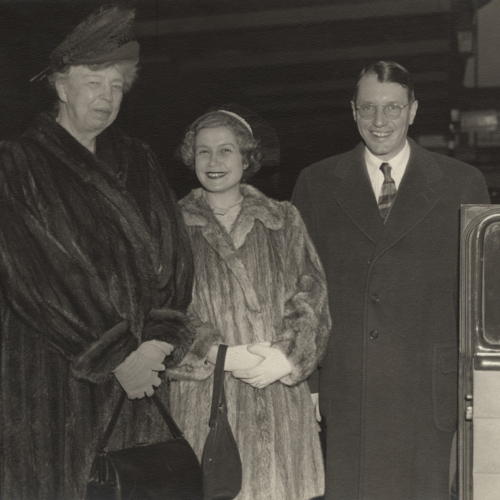 The Wilsons met Eleanor Roosevelt when she visited Rochester in 1950.

The Wilson home welcomed many visitors, including Eleanor Roosevelt in 1950. Roosevelt was in Rochester for a conference at the University on Human Rights, and also spoke at the Eastman Theatre to celebrate Abraham Lincoln's birthday.

Meeting with individuals like Roosevelt and Nobel Peace Prize winner Ralph Bunche (who also spoke at the conference), would reinforce the Wilsons' interest and actions regarding society's needs.