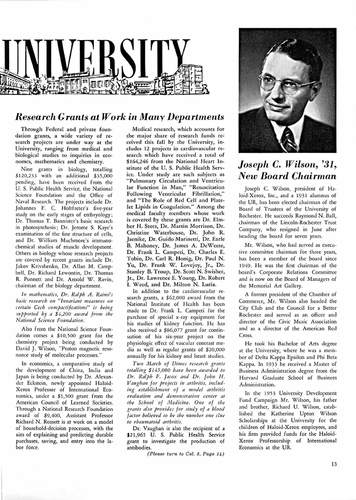 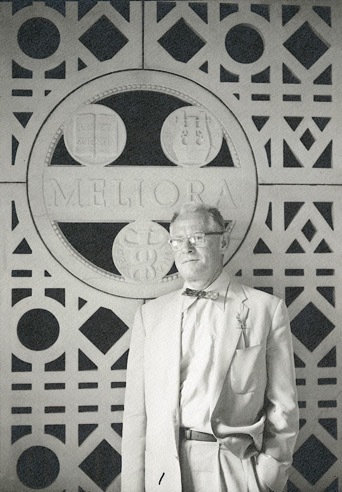 In 1950, the University celebrated its Centennial, and in 1951 a new president, Cornelis de Kiewiet, was inaugurated. The University's fifth president was born in the Netherlands and grew up in South Africa, where his experiences made him a life-long advocate against Apartheid.

In his inaugural address, de Kiewiet said, “A university is never fully mature. It must grow and change, else it languishes and loses its place." The growth and change over the next two decades at the University  and at Haloid-Xerox ran in tandem, with Joseph Wilson guiding both. 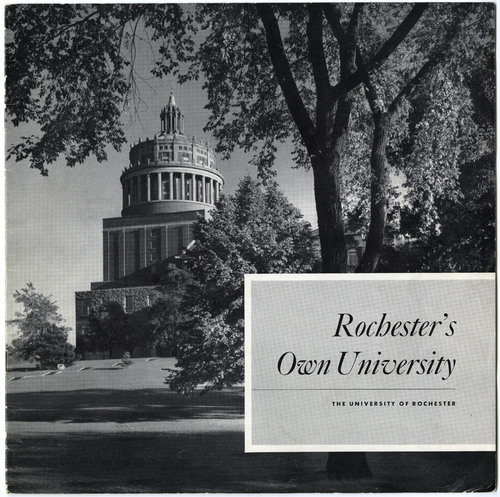 Rochester's Own University (1953) with photographs by Ansel Adams.

To merge the College for Men and the College for Women required the addition of faculty, scholarships, and facilities to the River Campus—the buildings we know today as  Susan B. Anthony Hall, Douglass Commons, Spurrier Gymnasium, and Hoeing and Lovejoy residence halls—naturally, a fundraising campaign was launched.

To explain and promote the campaign, a brochure was published, with photographs by Ansel Adams and text drafted by Joseph C. Wilson. 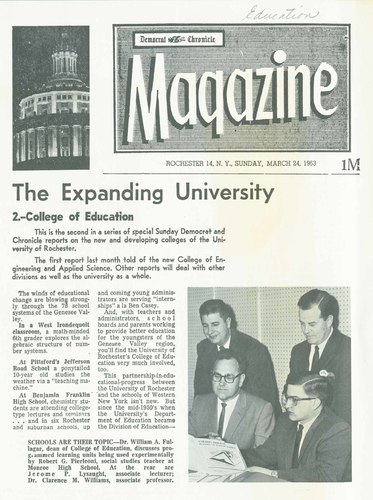 The unification of the campuses, completed in 1955, also meant that the University could expand its intellectual capacity and offerings: in 1958, the graduate schools of Business (now the Simon School), Education (now the Warner School), and Engineering (now the Hajim School) were all opened.

At almost the same time that Wilson accepted the Board chairmanship in 1959, he was daily “putting out fires” on the path to bringing the Xerox 914 copier to market. (The fires were both figurative and literal, as the toner-fusing process sometime overheated, causing the paper copies to burst into flames.) 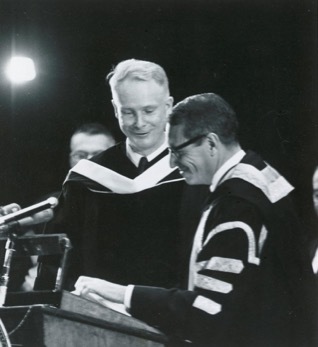 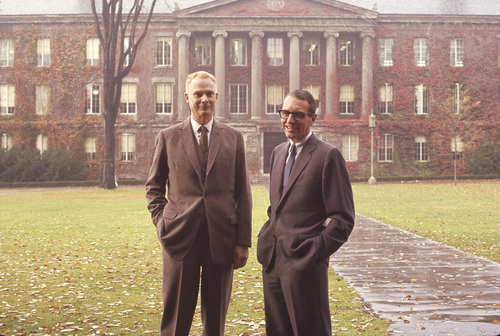 Wilson and Wallis on the Eastman Quadrangle

In 1961, the UR would inaugurate a new president, W. Allen Wallis.

If George Eastman and President Rush Rhees are legendary for their transformational effect on the University from 1920 to 1930, Wilson and Wallis should be equally credited for the University’s curricular and physical growth in the decade between 1960 and 1970.  As a team, Wilson and Wallis may rank higher, because Eastman assiduously kept his distance from the actual management of the UR. 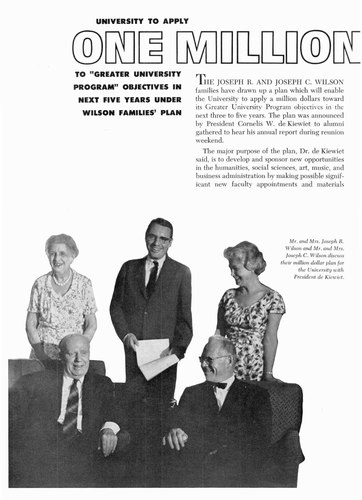 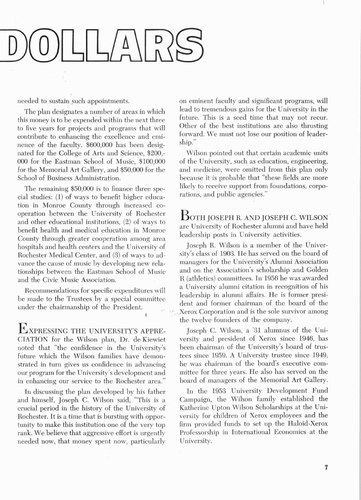 In May 1961, a million dollar gift from the Wilson Family was announced in the Rochester Review. 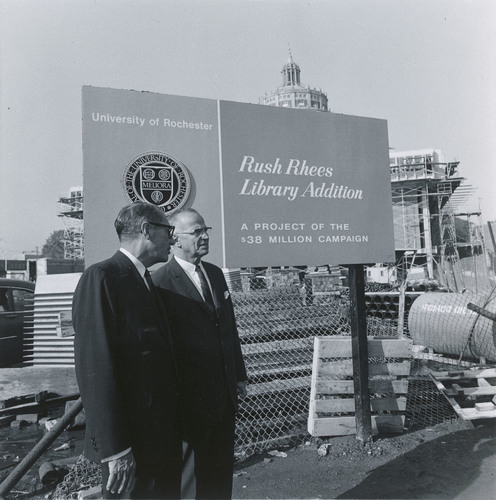 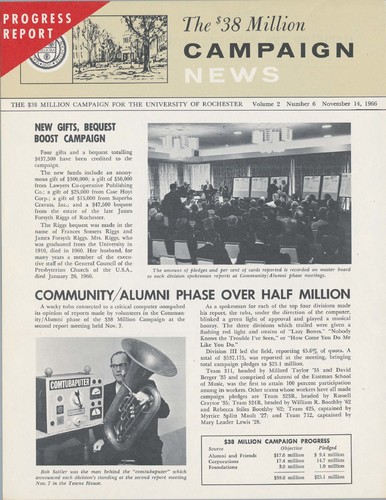 Together Wilson and Wallis expanded the campus in the 1960s, and launched the $38 Million Campaign (about $281.5 million in 2018 dollars) for the resources to build new dormitories, an addition to Rush Rhees Library, Hutchison Hall, and eventually Wilson Commons. 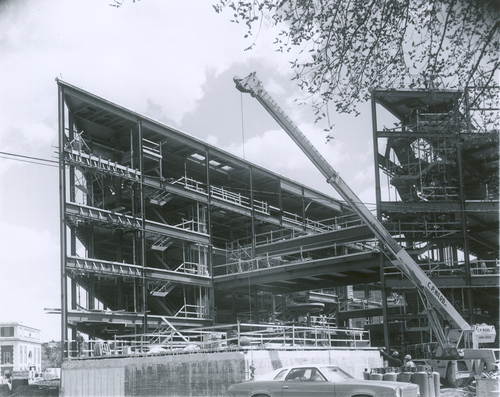 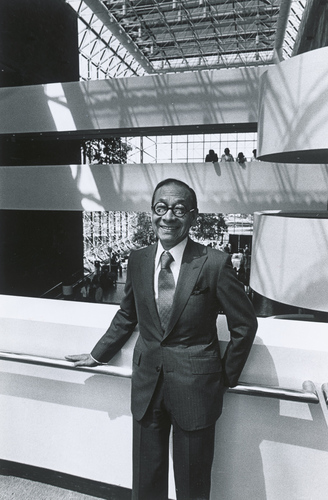 In October 1971, the final plans for the new student union were unveiled. Beginning in 1967, Wilson had worked with architect I.M. Pei to design a student union building, and throughout that time—typical of Wilson’s understanding of the need for engagement—students at the University were involved in the planning as well.