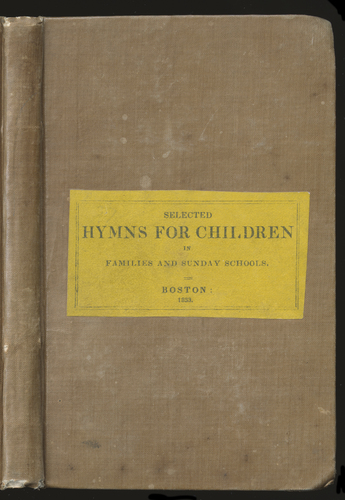 Selected Hymns for the Use of Children. Boston: Munroe & Francis, 1833.

The earliest cloth bindings are plain and unassuming, decorated with nothing more than their own color and a paper or leather label. To a public accustomed to the tradition of leather bound books and the elaborately embossed or silk bound annuals of the 1820s, these books were unattractive. In an effort to disguise the very cloth itself, it was impressed with textures imitating first, in 1830, leather with "morocco" graining and then, in 1831, watered silk with moiré graining. English publishers and binders alike worked to solve the problems of titling and decorating cloth in gold. They finally met success in 1832 with the introduction in England of the Imperial arming press, which applied pressure to an engraved brass die to emboss a cloth case. One of the most significant developments in the mechanization of bookbinding, the arming press made possible the economical decoration of cases by allowing one man to accomplish with one pull of a handle what would have taken a traditional finisher hours to achieve.

Throughout the decade, as the trade became accustomed to the new materials and methods, gold was used with restraint. Early on, only the most visible part of a shelved book, the spine, was decorated with a gilt title, perhaps within a simple frame or decorative border. Binders ventured into cover design by making up simple borders in blind from their stock frames and corner pieces, occasionally adding a central vignette in gold on the front board. In America, publishers and binders followed the stylistic lead of the English.

New patterns of diaper, ribbed and ripple grain cloth appeared in mid-decade, as well as "ribbon embossed" cloth. Produced by the ribbon makers, these distinctive cloths with raised, usually botanical or geometric patterns, lent elegance to the simple bindings of their day. However, because they were sold at ribbon rates and demanded more attention to block well, ribbon embossed cloths were in vogue for a short time, largely disappearing by the early 1840s.

Near the decade's end, the influence of the illustrated novel could be seen as central vignettes became more pictorial. In the coming decades, the trade would begin in earnest to use a book's covers to advertise its content, often drawing scenes or characters out from the pages to meet potential readers. 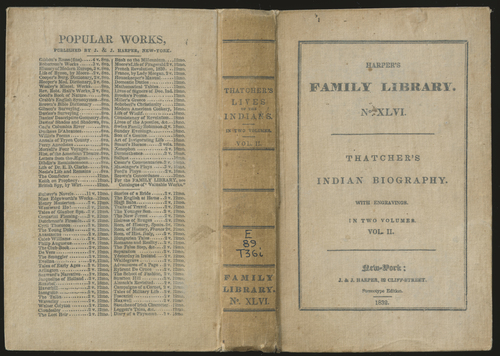 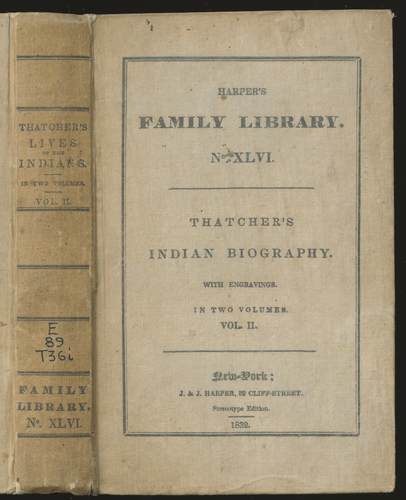 Borrowing an idea from English publisher John Murray, Harper's began the "Family Library" series in 1830. All the titles in the series were nonfiction, particularly biography, travel, and history. Extremely successful, the set grew rapidly to 187 titles in fifteen years. Often advertised as the cheapest series of popular works ever published, single copies sold for forty-five cents. Each year the volumes were grouped and sold as a set. 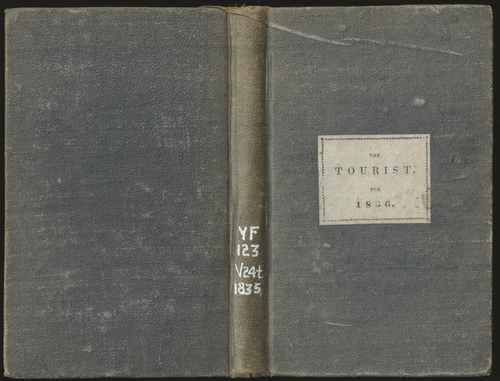 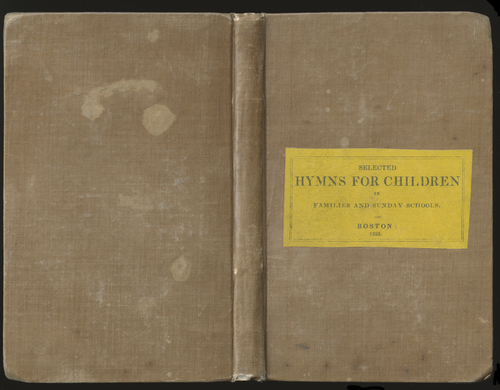 Selected Hymns for the Use of Children. Boston: Munroe & Francis, 1833.

The speed with which these books were produced is evident in the creased cloth of The Tourist’s case and the roughly cut label on Selected Hymns. Colored, glazed, and plain paper labels on the spines or boards would continue into the 1840s. 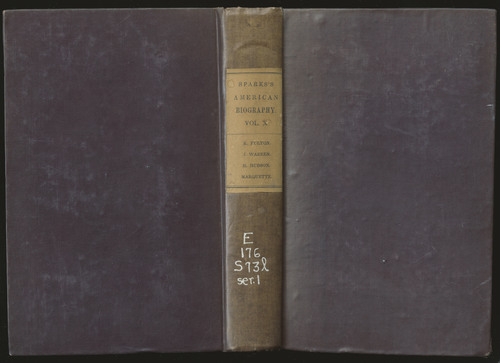 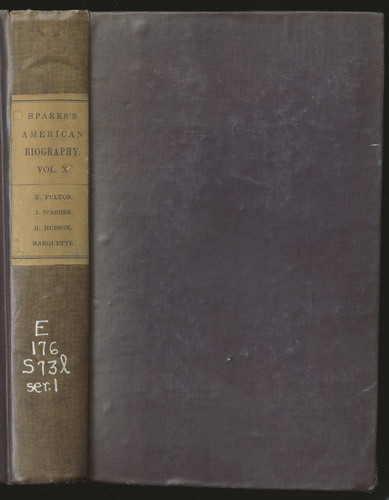 The weave of the textile itself is barely visible on this highly glazed cloth. 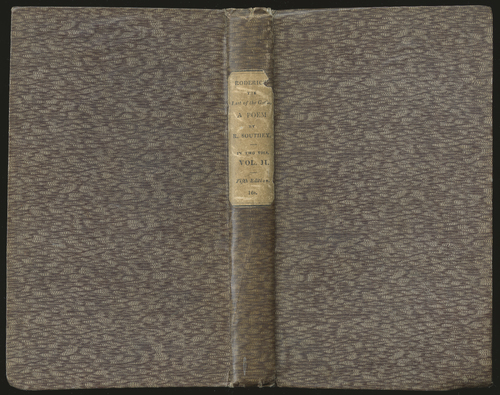 This volume is a good example of the danger of using an imprint date to date a binding. Although this fifth edition of Roderick was printed in 1818, the unusual and quite rare patterned cloth in which it is covered was not created until the 1830s. 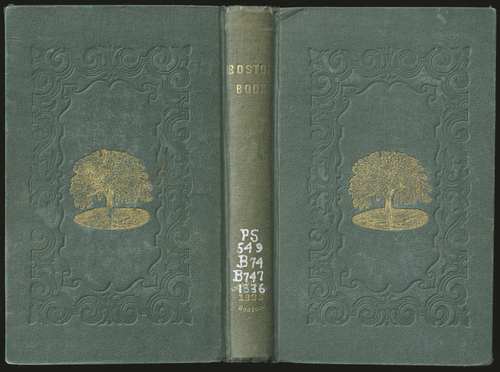 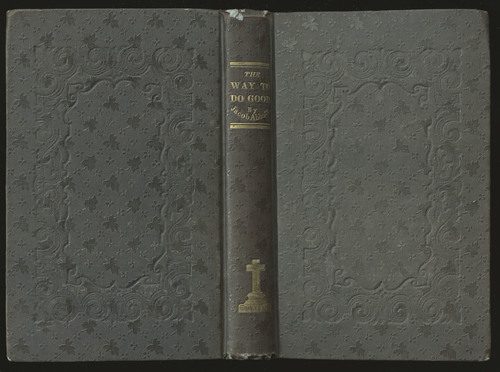 In Boston in 1832, Benjamin Bradley established one of the first edition binderies specializing in cloth work. In addition to work for other firms, Bradley bound all of the publications of Ticknor & Fields; Philips, Sampson & Co.; and Crosby & Nichols. Bradley's work is often signed either in blind in an outer frame, embossed on a flyleaf, or with a binder's ticket.

These two examples of Bradley's work from 1836, one in ribbon-embossed cloth and the other in morocco grained cloth, both use the same frame stamped in blind. Stamped in the central scrolls at the bottom of the frames can be seen "Bradley" and "Binder". The Boston Book, probably intended as a keepsake, has gold and blind stamping on both covers. 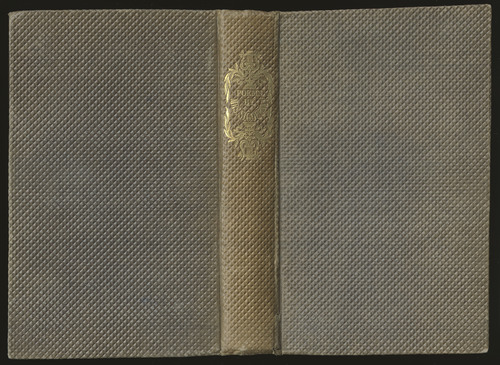 The gilt frame of lyres and garlands around the title is typical of early gold stamping. Lydia Sigourney was an influential writer of so-called "sentimental fiction" during the second quarter of the nineteenth century. An educator, she turned to writing to supplement the family income after her marriage in 1819. Originally published anonymously because of her husband's objections, Sigourney was a highly sought after writer by the early 1830s. Having helped to shape literary tastes in early Victorian America with her sixty-seven books and numerous literary contributions, Sigourney died in 1864.

These ribbon embossed cloths were probably made by a machine fitted with engraved rollers that impressed the patterns while the cloth was on the bolt. 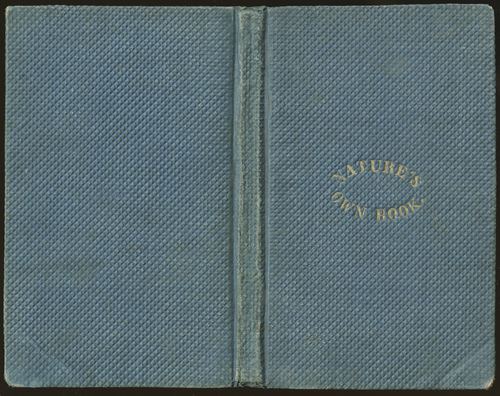 The depth and unevenness of the gold stamping may indicate shoddy workmanship, speed, or the press operator trying to compensate for the depth of texture on this diaper pattern cloth. 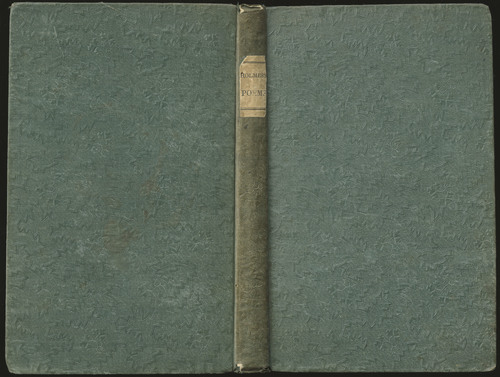 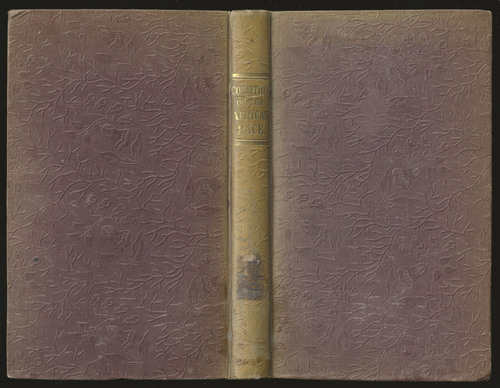 An Inquiry into the Condition and Prospects of the African Race in the United States. Philadelphia: Haswell, Barrington, & Haswell, 1839. 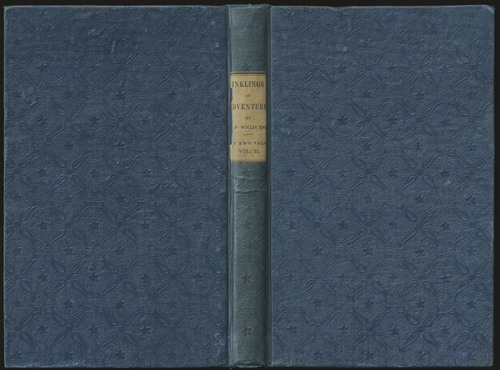 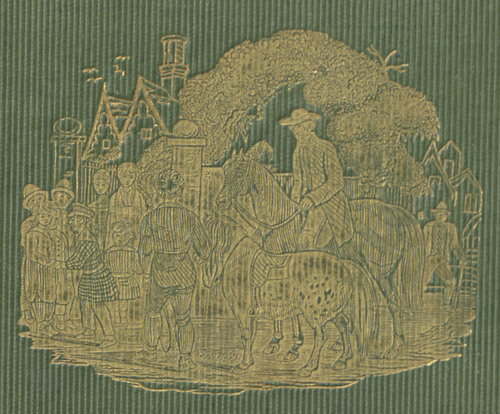 The scene in the gilt central vignette is taken from the illustration on the title page. The book, covered in a bold ribbed cloth, contains numerous illustrations and has a binder's ticket from Remnant & Edmonds. 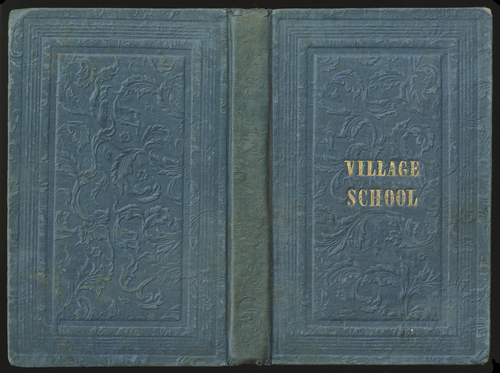 This ribbon embossed cloth is also stamped in blind and gold by the binders Colton and Jenkins of New York, whose name appears in the innermost blind frame. 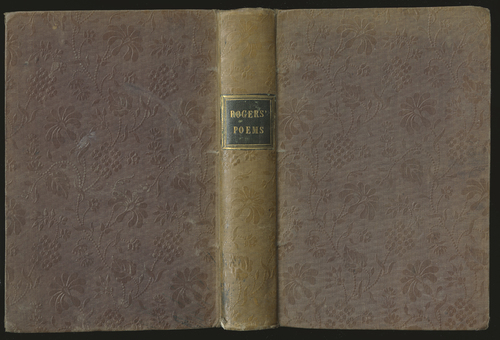 This gift book is in ribbon embossed cloth with a tooled leather title label. With engravings after J. M. W. Turner and Thomas Stothard, it was considered "one of the most beautifully illustrated volumes" that had ever appeared. Along with its companion, Rogers' Italy, this volume sold extremely well and occupied a place of honor on many parlor tables in its day. 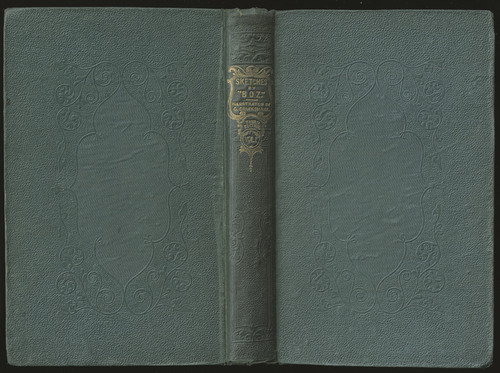 This volume is an example of the use of "pre-ornamented" cloth, i.e., bookcloth purchased by the binder with not only its graining patterns applied, but also the board and spine decorations. These decorations are raised from the surface of the cloth, rather than impressed into it as blind stamping would be. The binder would make a case and apply gold stamping as required. Probably because there was a limited number of textblocks whose dimensions would conform to the pre-ornamented cloth, it was a rather short-lived phenomenon.