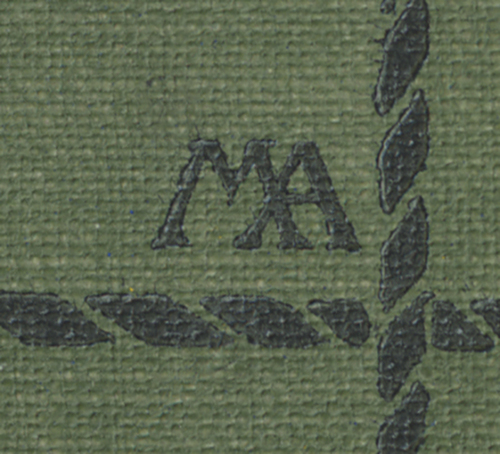 Margaret Armstrong's initials, which she used to sign most of the covers she designed.

Margaret Neilson Armstrong (1867-1944) was born in New York to a wealthy family. Margaret and her younger sister Helen both began drawing and painting in their teens, designing holiday cards, menus and the like. By 1890, Margaret Armstrong was designing book covers and, along with her sister, illustrating texts. After Sarah Wyman Whitman, Armstrong is certainly the most influential woman in book cover design and she was extremely prolific.

Like Whitman, Armstrong usually worked in a vocabulary of ornament, rarely producing a purely pictorial design. She too developed her own lettering and used cloths that were generally lighter in color than those which were in common use. As her style developed, Armstrong's use of several colored inks on a cover increased, her ornaments became larger, and the covers became quite easy to see at a distance, a crucial factor in their role as advertisements.

By the late 1890s, Armstrong began designing several authors' works as a sort of set, using one cloth and related designs for each cover. Her brother Hamilton Fish Armstrong wrote of this development in his book Those Days:

"She started a vogue for making the book covers themselves artistic and distinctive, and her covers became a sort of identity tag for the author. Whenever I see the dark blue and gold design on the spine of some book on a library shelf I have recognized it as Henry van Dyke's even before Margaret's distinctive lettering tells me so."

In addition to the twelve van Dyke books in blue cloth, Armstrong is now most commonly known for twelve Myrtle Reed titles she designed from 1901-13 in a very bright lavender cloth.

Margaret, sometimes joined by her sister, designed the text illustrations for a quite a number of books, including Browning's Pippa Passes (see below) and several of Paul Leicester Ford's books.

After 1907 her output of cover designs gradually decreased until about 1913 when she worked almost exclusively on design for her own books or those by her father or brother.

In her mid-forties, Armstrong spent a few years travelling around the western United States. In 1911 she and some friends were the first women to descend to the floor of the Grand Canyon where Armstrong discovered some new flower species. A few years later she published Field Book of Western Wildflowers, which included over five hundred of her drawings.

In her later years, Armstrong also wrote two very successful biographies, Fanny Kemble, A Passionate Victorian, in 1938 and Trelawny, A Man's Life in 1940 as well as three murder mysteries.

Influential in her own time, Margaret Armstrong's exceptional book design work has been the focus of several major exhibits and is widely collected today. 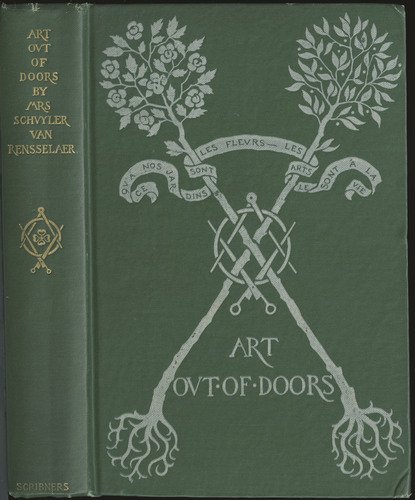 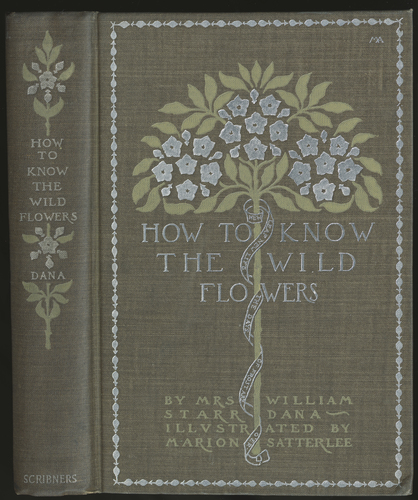 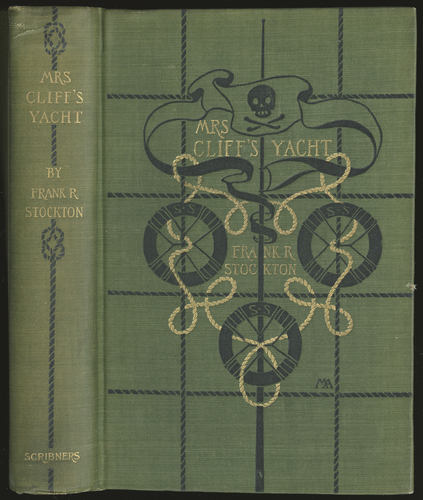 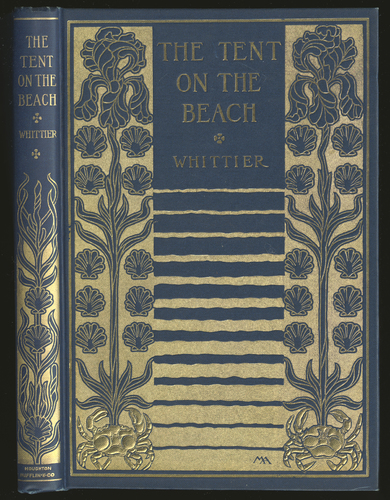 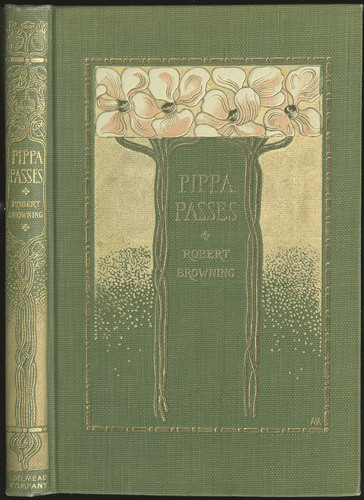 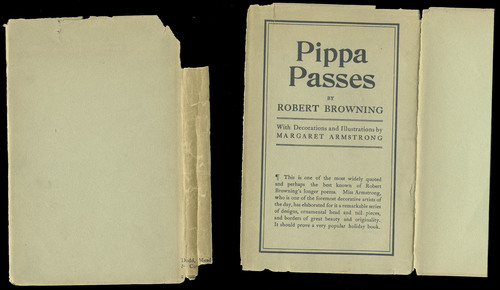 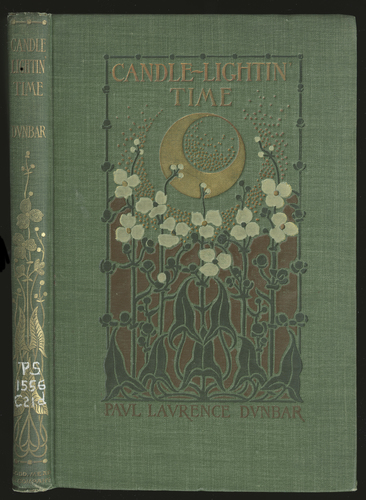 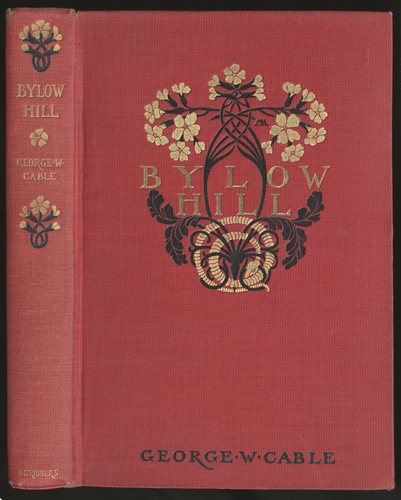 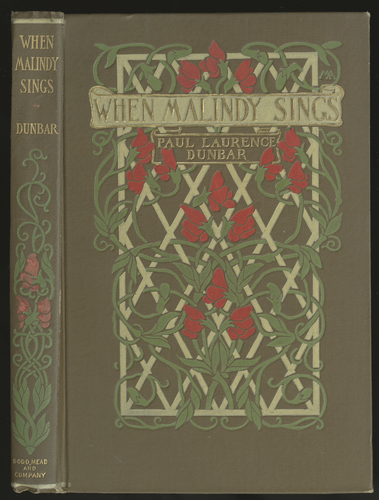 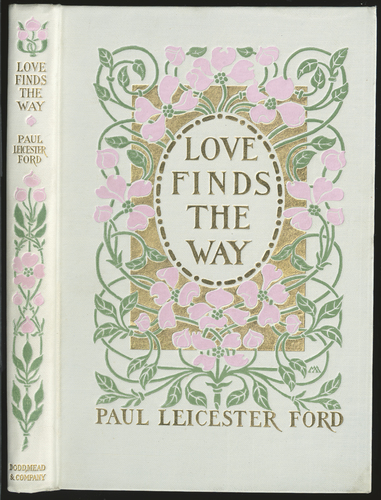 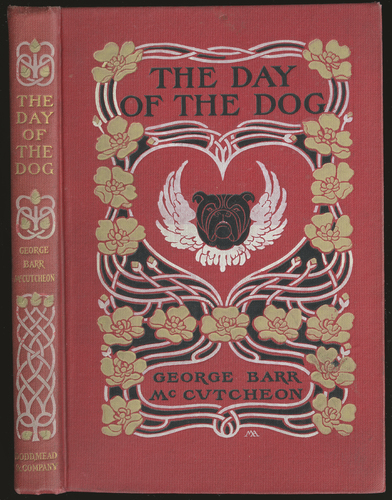 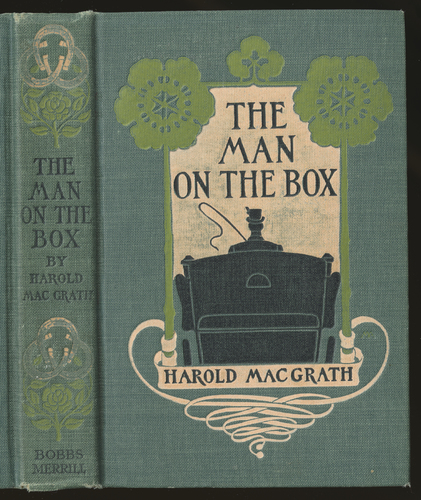 Harold MacGrath.
The Man on the Box.
Indianapolis: Bobbs-Merrill Co., 1904. 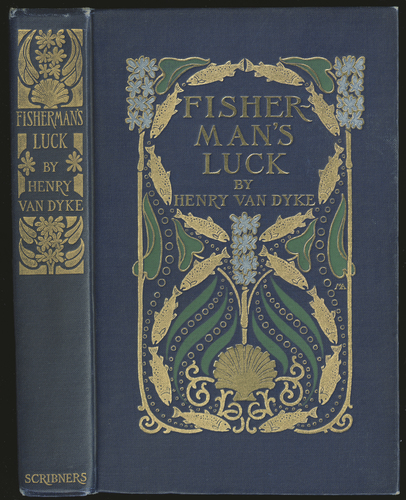 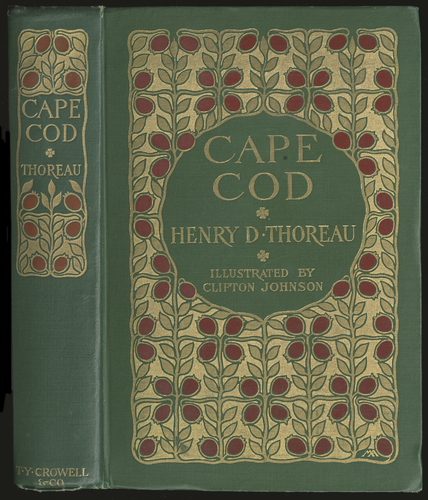 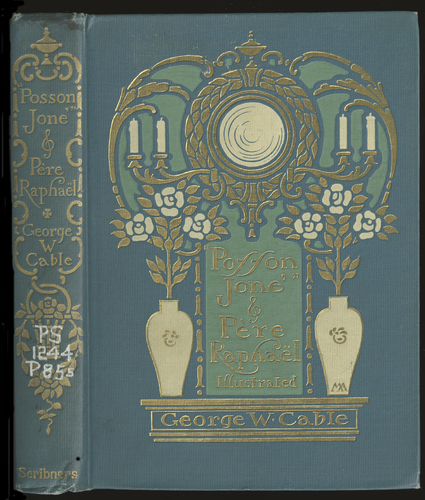 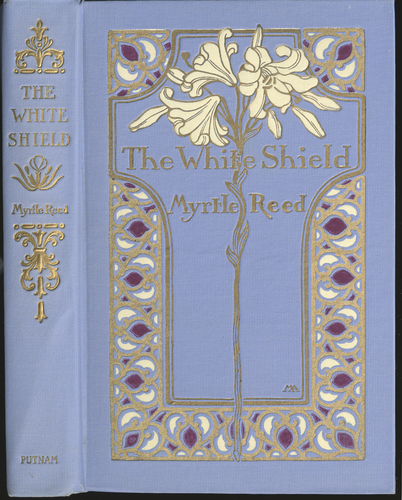 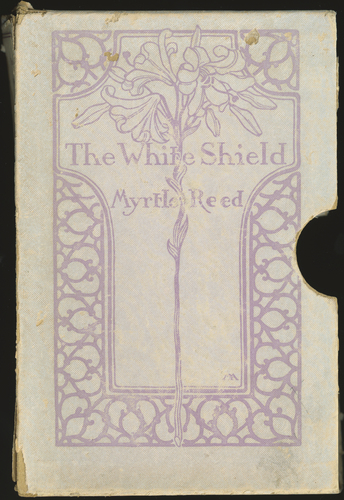