Asymmetry is the dominant characteristic of 1870s cover design. Countering the previous two decades' heavy reliance upon a symmetrical style, designers began to work in a freer way and to use the diagonal as an axis. Shiny black ink was frequently employed, both supported and set off by stampings in gold.

The succession of ruled frames and borders that had once been a staple of cover design largely disappeared. Back covers were often left unadorned, or stamped only in blind. Bevelled boards became commonplace and a fine "silk" grained cloth was introduced. Cover imagery returned to the pictorial, retreating from the very consciously arranged ornamentation of the 1850s-60s. The physical heaviness and the opulence of the 'sixties books was, for the most part, gone. While some design became quite imaginative, overall it became less self-assured.

The craze for all things Japanese that swept through England and America in the 1870s and 1880s is as evident in cover design as in other applied arts. Also prevalent is the influence of the English architect and furniture designer Charles Locke Eastlake. His book Hints on Household Taste, published in London in 1868 (and in Boston four years later), contributed to a revolution in design and a revival of hand craftsmanship. Eastlake style ornaments, stamped in rich black ink, arch over the titles and scroll into the corners of many covers of this decade.

Beginning in 1845, numerous attempts were made to design and produce a machine that would replace the rounding and backing of books by hand. While production may have begun earlier, such a machine is offered in the W. D. Hickok catalog of 1870 and new patents were taken by other companies in 1876, 1877 and 1892. However, it is probable that the rounding and backing machine was not widely found in the trade until the 1890s. 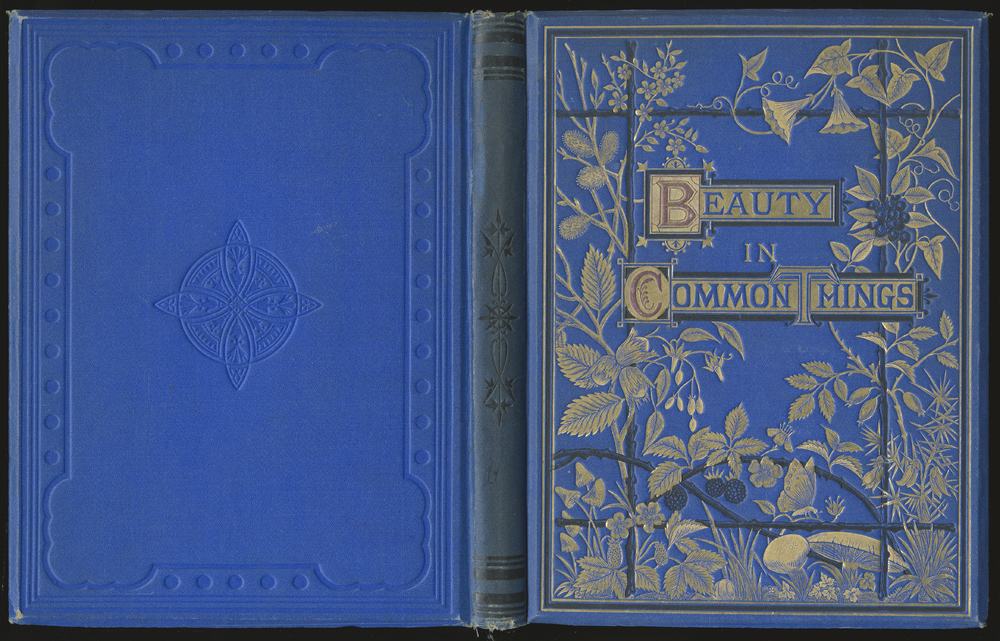 The two boxed initials are paper onlays. The back board is blind stamped with a simple ornamental frame. Along with the Religious Tract Society and the British and Foreign Bible Society, the Society for Promoting Christian Knowledge distributed millions of copies of religious and moral works in nineteenth century Britain. By making the printed word readily available, the religious literature societies stimulated the spread of literacy. 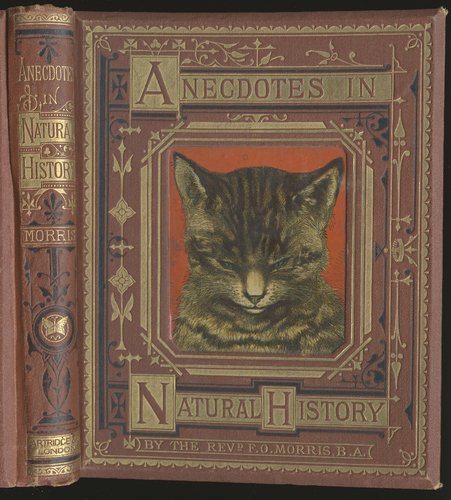 Chromolithograph and other insets continued in this decade, which also saw the frequent use of beveled edged boards and this terracotta colored cloth. 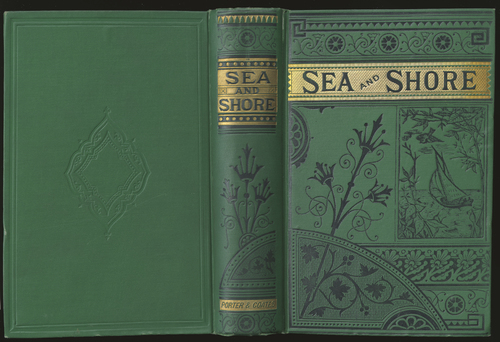 The use of a standard design issued in different color cloths allowed publishers of series, like Porter & Coates, to establish an identity for their product. This design would appear on other books they published. During the second half of the century, Porter & Coates was one of the largest publishers of cheap juvenile literature. 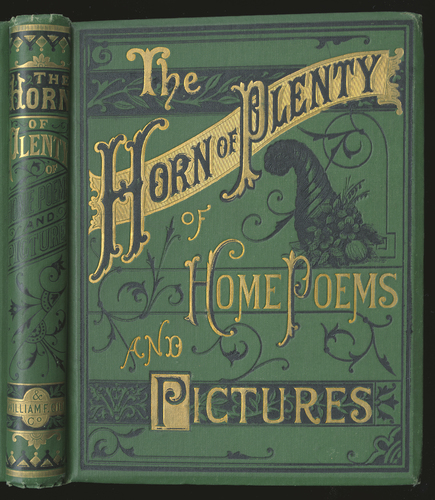 The back board is undecorated on this volume of juvenile literature. 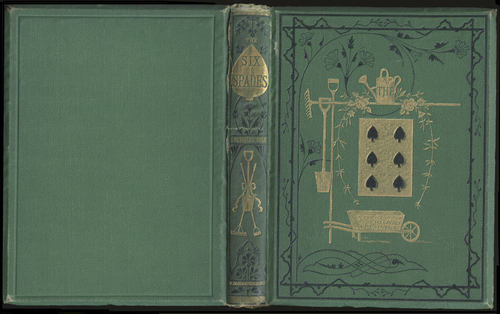 These books display the dominant stylistic characteristics of the decade: asymmetry, Japanese influence, and Eastlake style ornament stamped in black. 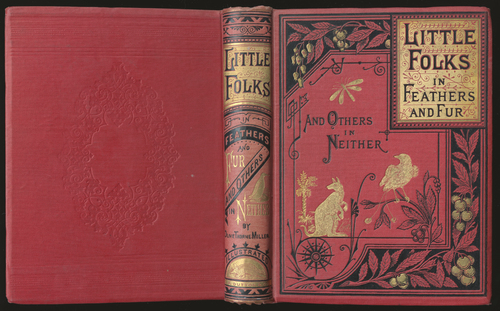 Variations on this basic design appeared on a series of books. The back board has an Oriental style cartouche embossed in blind. Along with Japanese art, Americans of the 1870s and 1880s were influenced by other cultures of the Near and Far East. Examples of Egyptian and Islamic architecture, crafts, and design were especially popular at the 1876 Philadelphia Centennial. 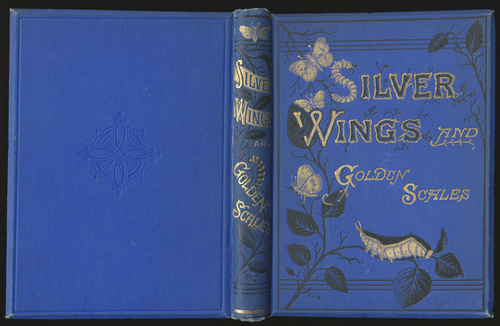 An example of black ink and gold stamping used to show one another to the best advantage. The series of horizontal lines at the top and bottom of the boards are a common feature of books of the period. The back board is blind stamped with a simple central ornament. 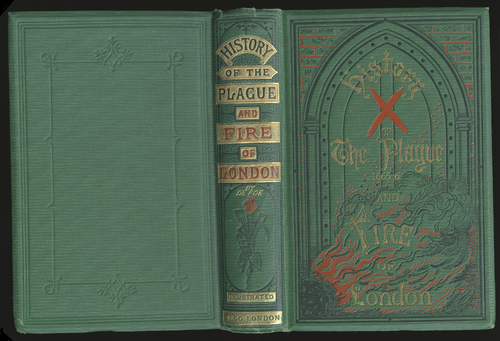 The use of colored inks was not widespread until the 1880s, but this cover makes dramatic use of them. 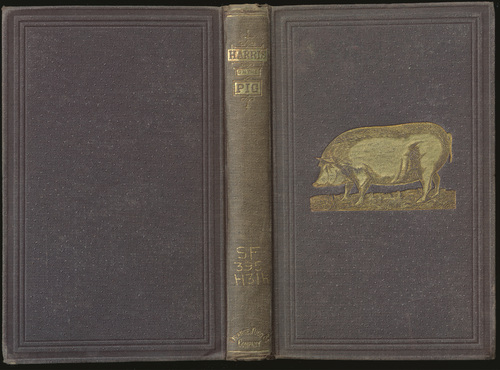 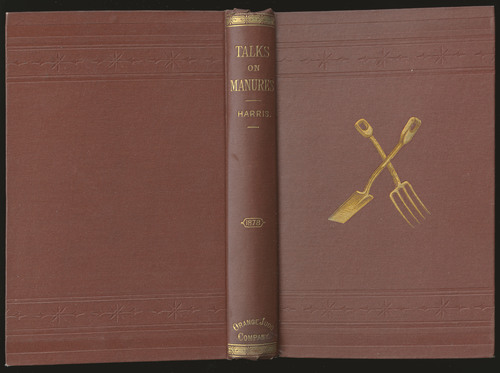 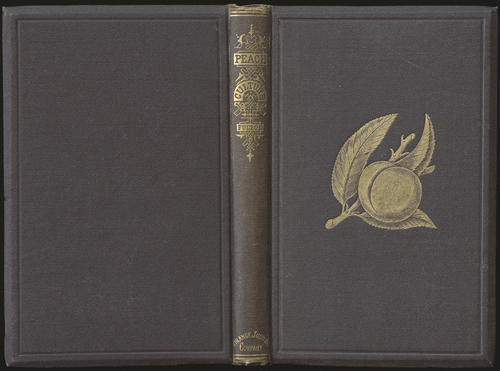 Orange Judd & Co. was probably the first American publisher to specialize in agricultural books. Covers of their often profusely illustrated books are notable for the totemic imagery of their subjects. Orange Judd's design style, which continued into the twentieth century, struck an ideal balance between austerity and resplendence. 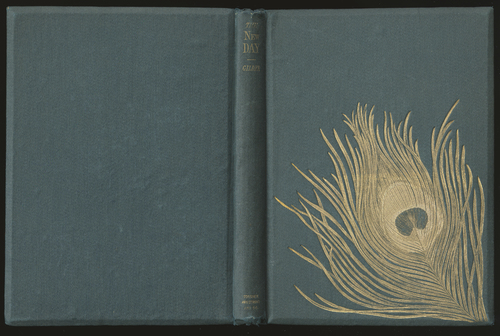 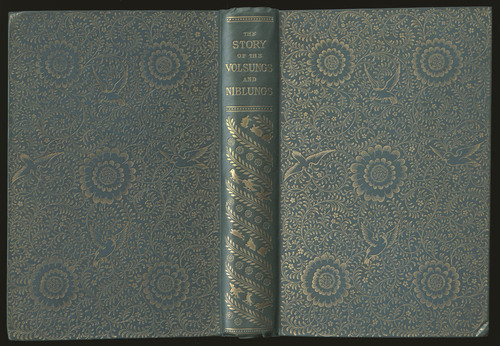 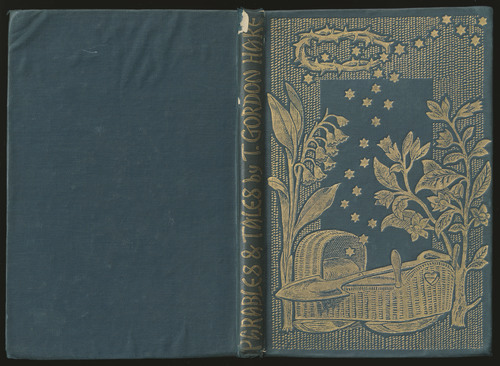 These three startlingly modern designs stand in great contrast to the prevailing style of the time. Helena De Kay designed the text illustrations of The New Day, her husband's first book of poetry. The book was featured in an exhibit of "Commercial Bookbindings" at the Grolier club in 1894. The cover design of The Story of the Volsungs, translated from the Icelandic in part by William Morris has been variously attributed to Morris himself, his friend the architect Philip Webb, or the two working together. The covers are signed "De Lacy", an engraver held in very high regard by Dante Gabriel Rossetti among others. Rossetti designed the cover for his friend T. G. Hake's Parables and Tales. Correspondence between the two indicates that Rossetti wanted to create an ornamental rather than symbolic design but in the end ceded to Hake's wishes. Each of the images on the covers represents the name of one of the poems in the book.