In England, ornate, heavily gilt gift books remained popular throughout much of this decade. However, as the years passed, the overall application of gold gradually declined, particularly on spines, which became plainer. The cost of using gold, which required laying on by hand, became higher and higher as wages rose and working hours shortened in the second half of the century. "Dutch gold", an alloy of copper and zinc hammered into thin sheets, was sometimes used in place of the real thing and can be recognized by its oxidation to green or red.

Beginning in the 1850s, perhaps in an effort to introduce more color or to imitate traditional leather bindings, paper (and sometimes cloth) onlays were applied, usually to recessed and shaped covers. Chromolithograph cut outs and occasionally photographs were also pasted on to covers. The trend of using recessed covers that began in the fifties continued, often resulting in heavy books. A new wave of very tactile cloths had come on the market in the late 1850s, adding wavy grain, bead or bubble, dot and line, sand, and herringbone grains to those still in use.

By the second half of the decade, some publishers had reacted to the complexity of design by adopting comparatively stark designs on dark cloths. Increasingly, central vignettes or ornaments were enclosed in some sort of frame. Sometimes a book's title, or a golden facsimile of the author's signature was the central ornament.

In America, the strain of the Civil War was evident in the rather somber covers. While plain ruled borders remained in place, cornerpieces and arabesque frames began to disappear. Pictorial vignettes often took on martial and patriotic themes and pulled back toward the center of the cover. The viewer's focus was very much drawn into the center of the front board, and by extension, into the book itself. 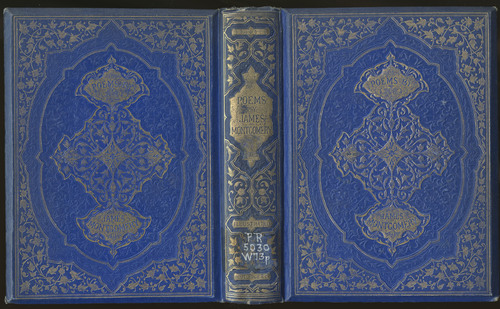 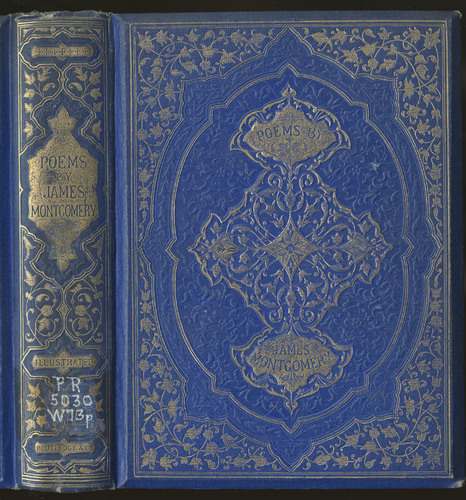 This design reflects the influence of Oriental bindings. The cloth beneath the floral frame is a morocco grain, while the two visible areas of cloth have each been blocked in blind with a different floral design. Both boards carry the same design. 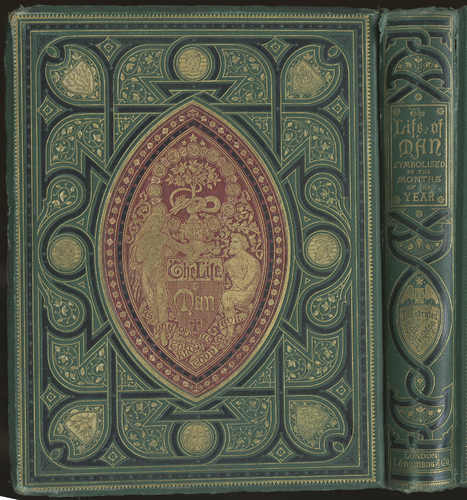 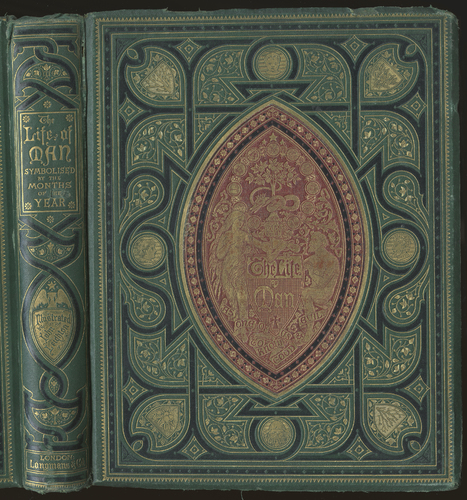 Not only did John Leighton design this binding, but he also illustrated the text. The book was bound by Edmonds & Remnant, has a cloth onlay in the central cartouche, and uses black ink as well as gold. 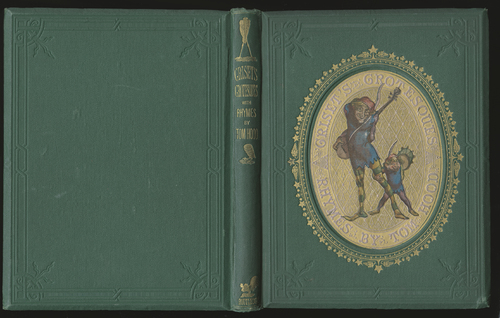 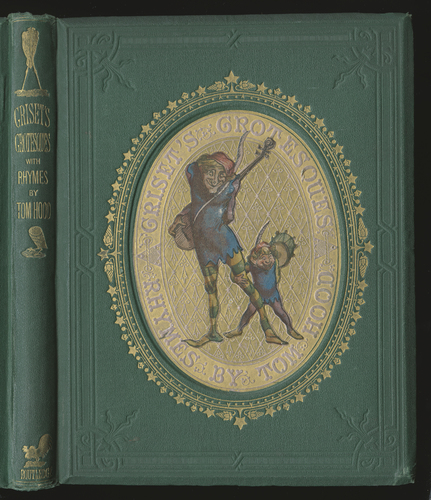 A printed paper onlay has been pasted into the recess of the front board, then blocked with gold. The back board has only the blind frame. Bound by W. Bone & Son, this book contains one hundred designs by Ernest Griset engraved by the Brothers Dalziel. 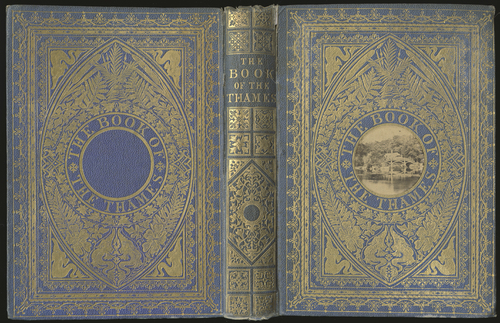 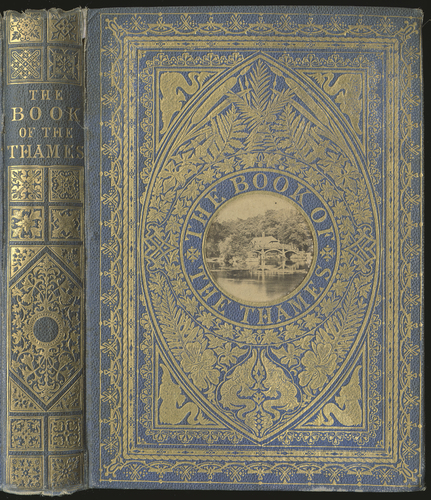 An albumen print has been pasted on the front cover and several more are tipped in throughout the text. The book was bound by Virtue & Son. The binding design is certainly by John Leighton; an 1859 edition of this title, signed by Leighton, has a different design in the central oval but identical outer frames. 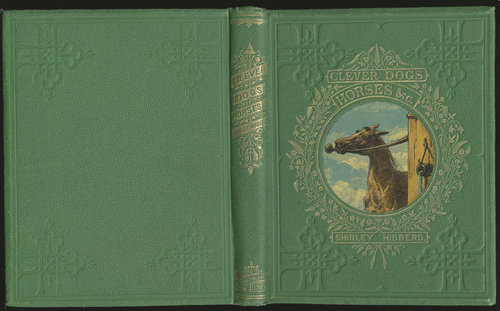 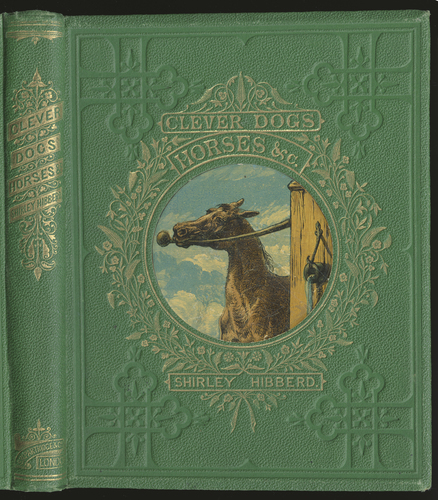 Featuring a chromolithograph inset, this volume was sold for 5 shillings in this binding. The publisher was awarded an Honorable Mention for Illustrated Books at the International Exhibition in 1862. 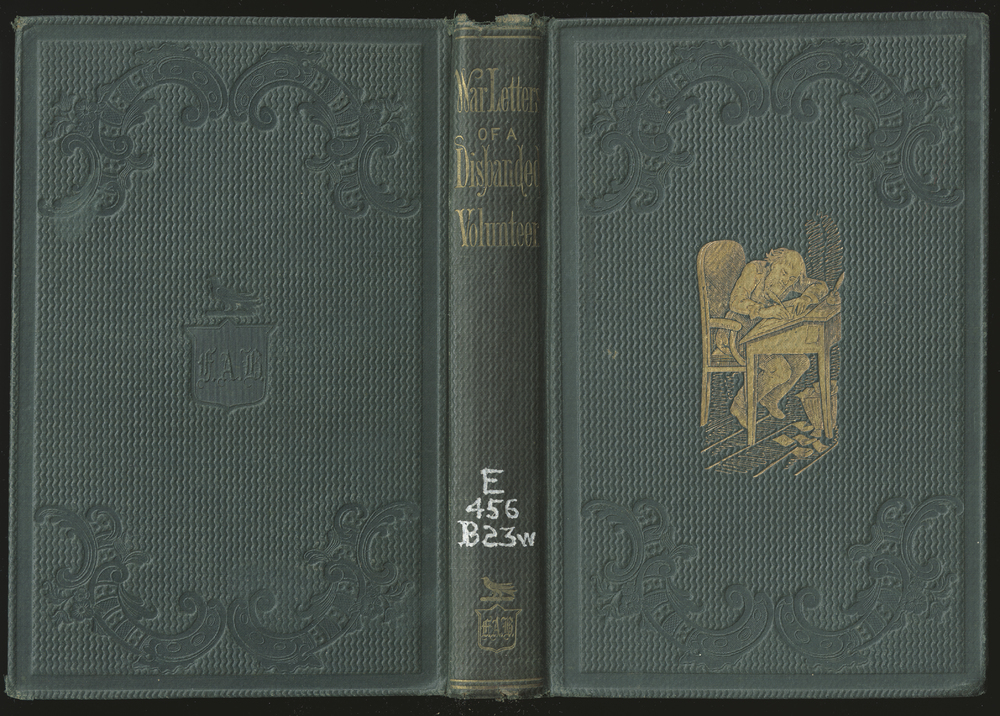 John Feely engraved the central vignette, which he adapted from the frontispiece. The back board is stamped in blind with the publisher's initials as well as the decorative cornerpieces. 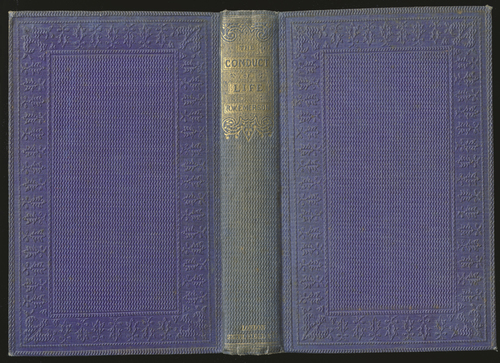 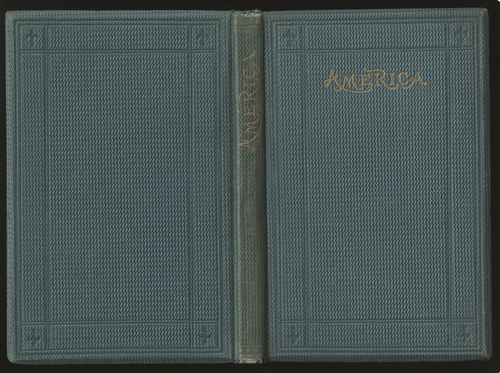 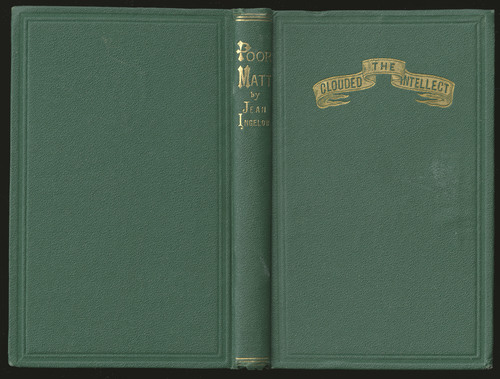 Both the Emerson and America are covered in a very tactile wavy grain cloth that has also been blocked in blind. These cloths were often used as decoration in and of themselves. Many books of the period featured this type of restrained, yet ornamental titling. 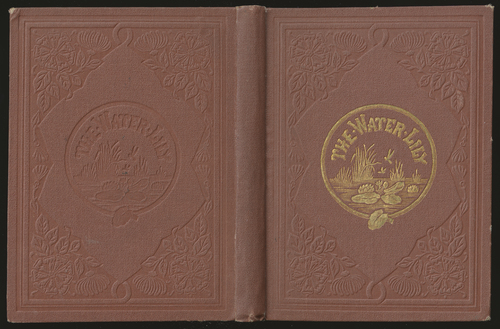 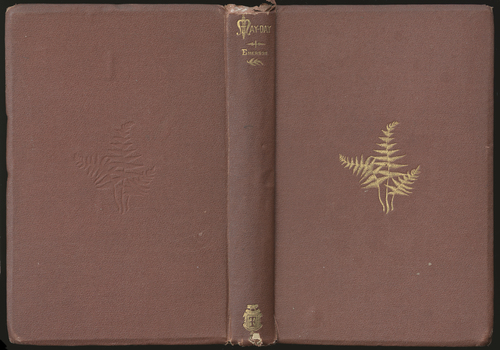 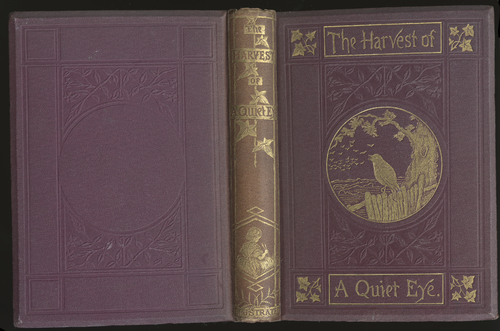 These covers reflect the mid-century fascination with natural history and the sciences. 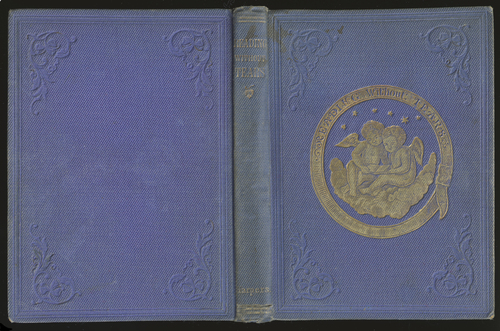 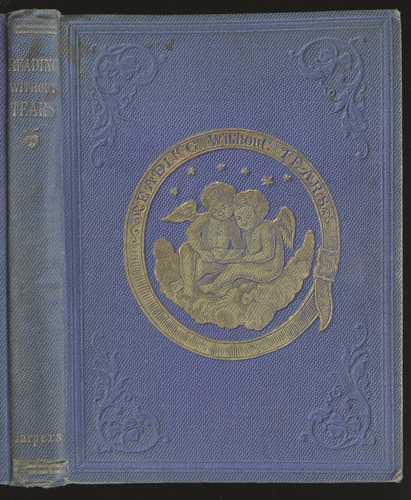 This "learning to read" manual was sold for 75 cents; Harper would send it out postage-free upon receipt of the cost. 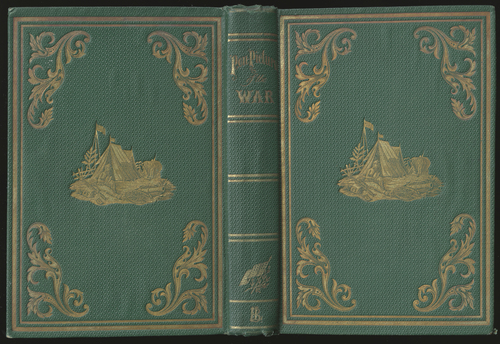 The title page states that this book was sold only by subscription, as was common at the time. The depth of the blocking reflects the tremendous pressure required to strike through the very heavy grain. Both boards are gilt to the same design. 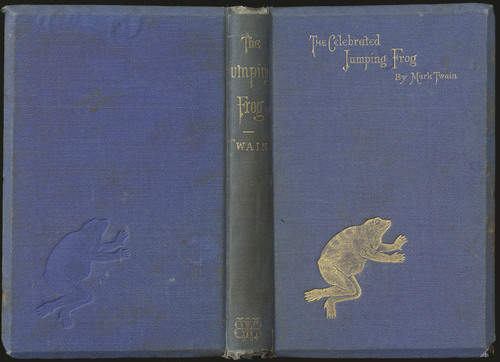 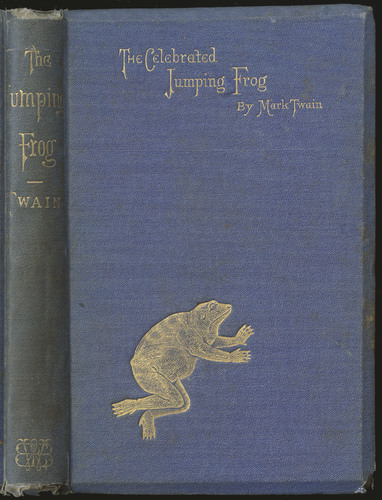 Mark Twain's first book was originally published in the spring of 1867. Lavender cloth was fairly common in this decade, while bevelled boards would appear more often in the 1870s. The frog appears in blind on the back board.