In the last quarter of the eighteenth century, coarse cloth like this was commonly used on school books. In rural Britain, and throughout America, its use on that class of book would continue through most of the nineteenth century. Many examples, including the 1795 book shown here, have boards made of thin wood, called sca'boards.

Isaiah Thomas was one of the pre-eminent printers of his time and founder of the American Antiquarian Society. 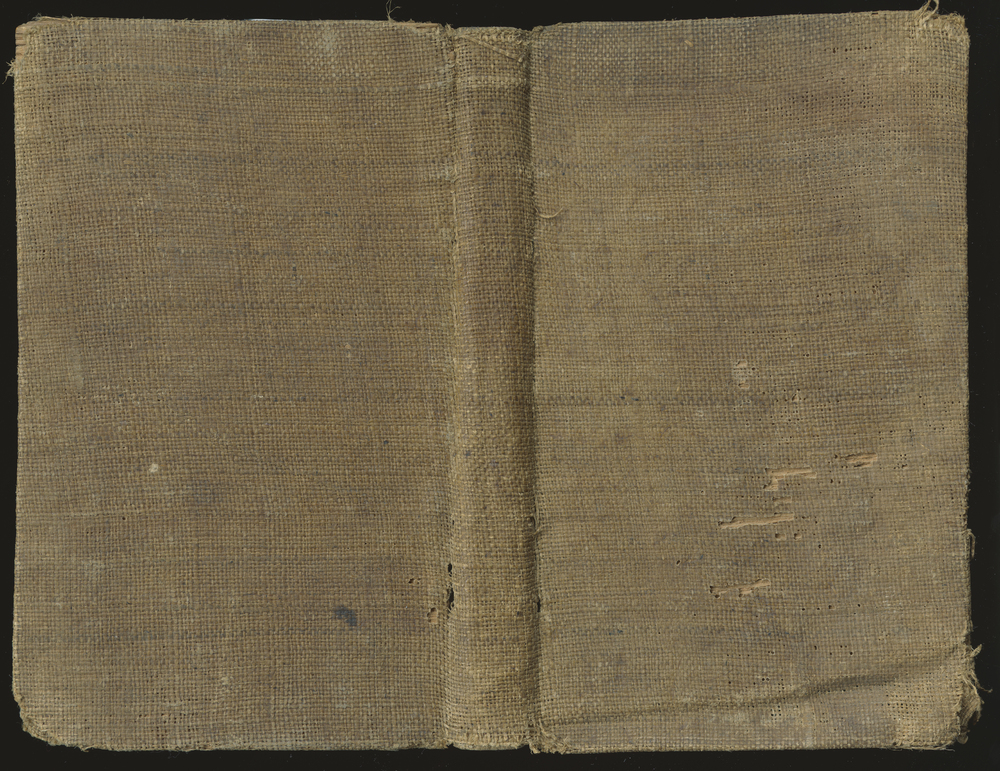 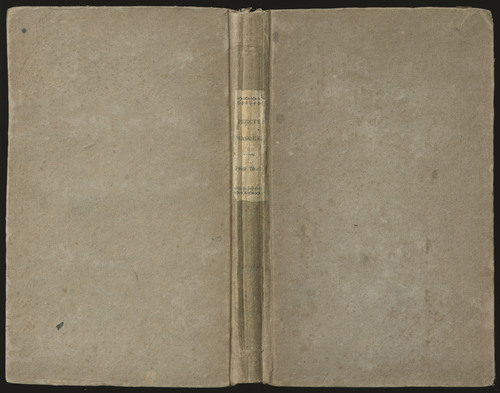 This paper over boards binding with untrimmed edges was intended to be a temporary binding.

The survival of so many of these types of bindings indicates that their longevity was underestimated. 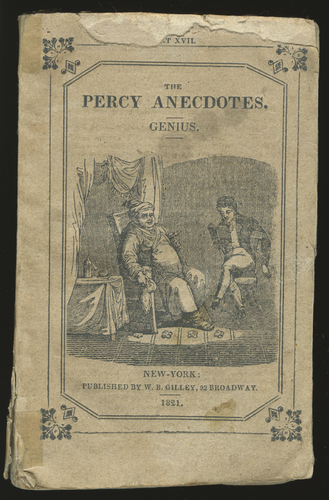 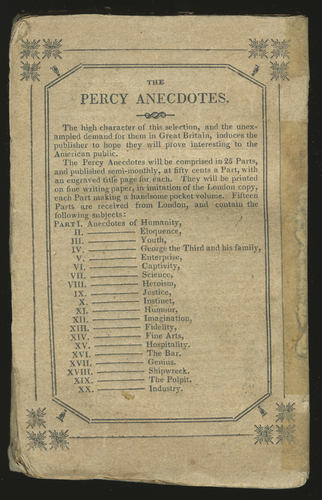 An advertisement on the back cover of this example of paper wrappers states that The Percy Anecdotes were to be comprised of 25 parts (this is part 12), and published semi-monthly at fifty cents a part.

It continues, "They will be printed on fine writing paper, in imitation of the London copy, each Part making a handsome pocket volume." 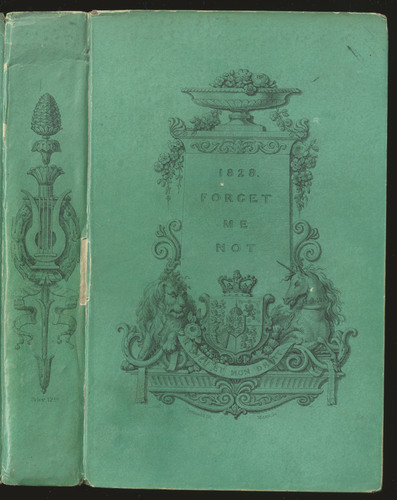 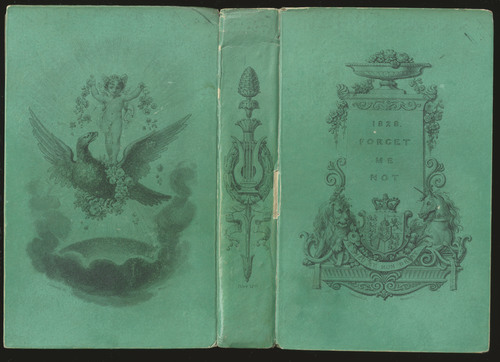 Rudolph Ackermann was born in Saxony in 1764 but settled in England where he opened a print-shop. In November 1822, he was the first to publish a "literary annual" in Britain. Forget Me Not, a Christmas & New Year's Present for 1823, was based on the very popular Continental examples, particularly Das Taschenbuch. Other publishers soon followed suit, and by 1832, there were some sixty-three titles available in Britain, many of them published in editions of unprecedented size.

Until 1832, Forget Me Not usually appeared as it does here, in glazed paper boards printed with a classical design and in a matching slip-case. 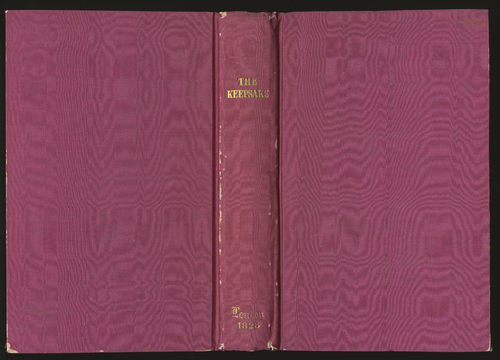 The inaugural edition of this annual, bound in moiré silk, introduced three new features: a colored presentation plate with a wreath of flowers designed by Thomas Stothard; a change in format from pocket size to octavo; and anonymous contributions. In the following year, The Keepsake abandoned the last of these, with promoter Charles Heath offering Robert Southey fifty pounds to make a contribution.

Southey accepted and noted in a letter that Heath had sold 15,000 of The Keepsake and reserved 4,000 yards of silk for binding the next volume. The gilt titling on the spine was done by hand, probably with a typeholder, by a traditional finisher. 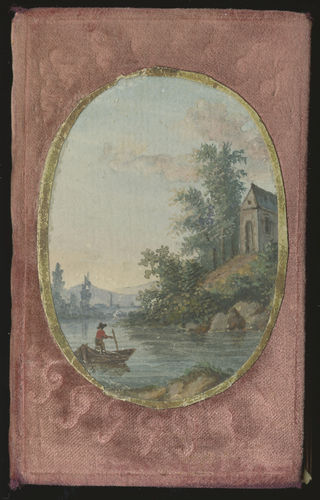 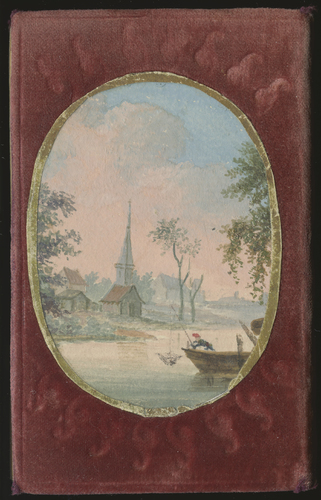 Some booksellers in Britain began importing annuals and keepsakes from the continent quite early in the nineteenth century: they sold very well. Intended as gifts, they were usually bound in silk, embossed leather, or velvet, like this volume, which also has watercolors pasted on both covers and silk endpapers. 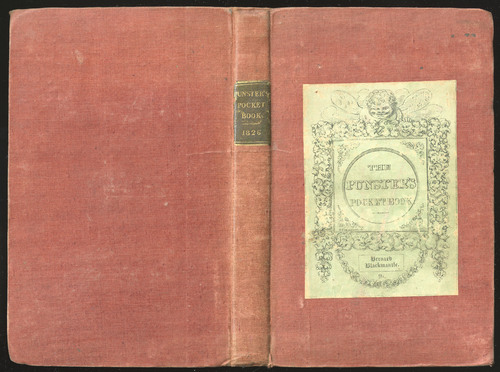 This book, which has a gilt leather spine label in addition to the paper label on the front board, can also be found in paper over boards. Published under a pseudonym by Charles Molloy Westmacott, it contains numerous illustrations by Robert Cruikshank. 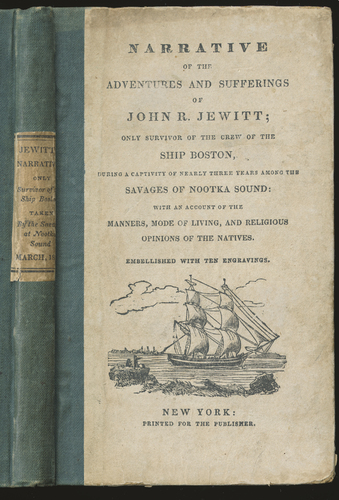 From the earliest days of cloth through at least the 1840s, books were contemporaneously issued in both quarter and full cloth. When book cloth first appeared, a popular and economical style of traditional binding was quarter leather with paper sides. It may be assumed that since quarter cloth binding offered little in the way of economy, it was offered to suit prevailing public taste. 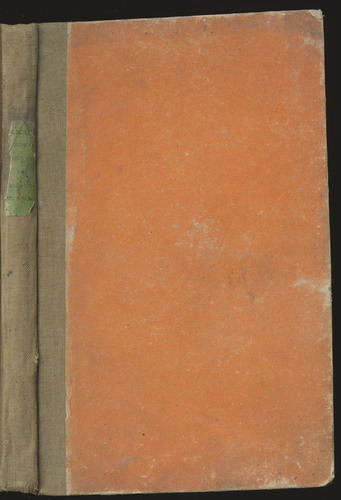 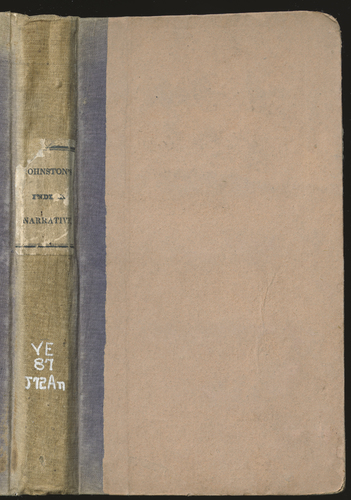 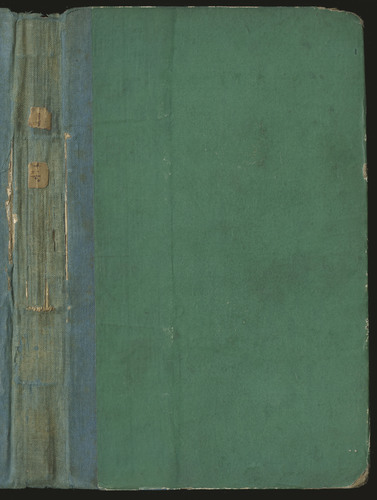 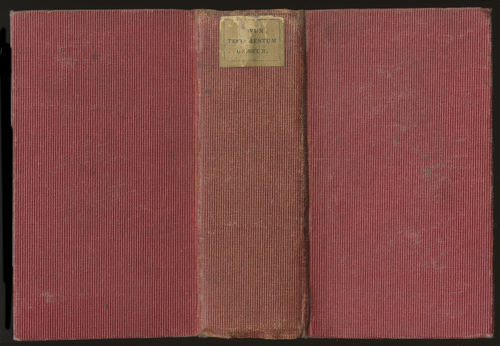 This is the penultimate book in the famous "Diamond Classics" series. Pickering's first publishing venture, the "Diamond Classics" were so named because they were set in diamond type, equal to 4.5 point. These books were among the first of any to be bound in publishers' cloth.