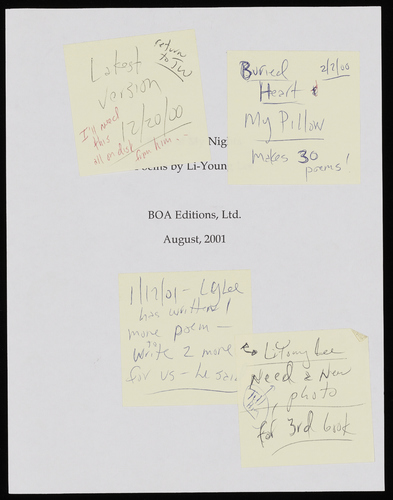 Title cover and notes from 1.17.2001 manuscript of Li-Young Lee's Book of My Nights.

The title page of the January 2001 version is not so different from the previous: Ward writes personal notes to himself, other editors at BOA, and Li-Young. Ward also mentions Lee's new poems for this later manuscript — "Buried Heart" and "My Pillow." He also begins working out logistics for the actual publishing of this book, noting the need for a new author's photo.

A point to note: the abbreviation MS — which stands for manuscript — pops up frequently in Ward and Lee's correspondence. Nowadays, "manuscript" may be used interchangeably with "typescript," which simply describes a typewritten (on a typewriter or electronically) copy of a composition. The RBSCP finding aid for BOA's archives uses TS for typescript when labeling the drafts of Book of My Nights as Lee mostly sent drafts to BOA in disk form. Ward makes a reference to this on the top left post-it note: "I'll need this all on disk from him."

In the January 2001 manuscript, these three poems were added per Thom Ward's request for more poems in Book of My Nights. Noted are the pencil edits on the margins of the "Buried Heart" and "My Pillow": they mostly focus on the word choice and construction of the poems rather than the contents of the poem. This is one of the few times that Ward deconstructs Lee's poems in this way. "Degrees of Blue" lacks the edits of the other two but shows some interesting personal reminders and correspondence. 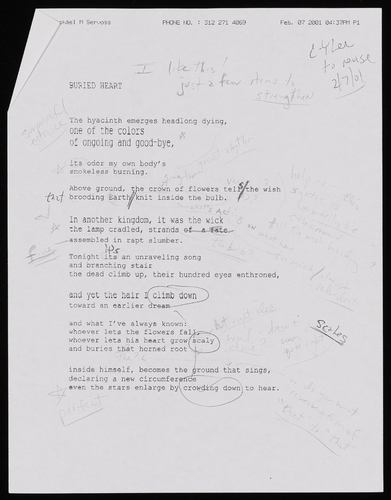 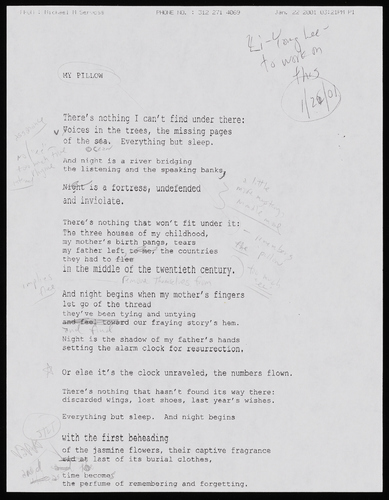 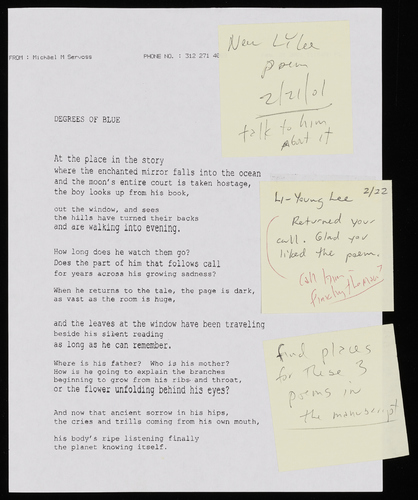