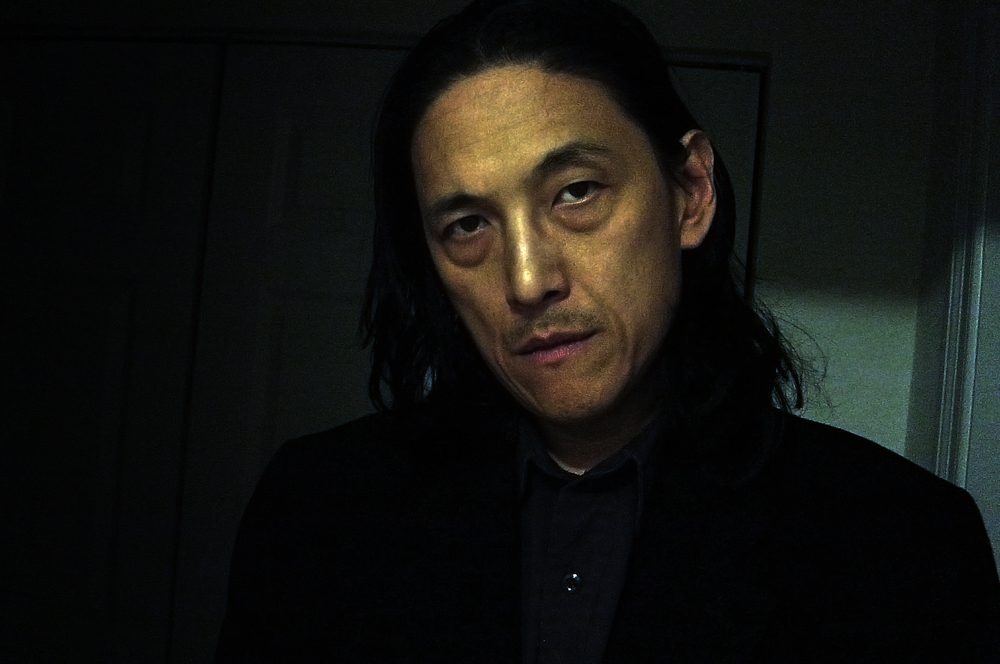 Li-Young Lee was born in Jakarta, Indonesia in 1957. His father was the personal physician to Mao Zedong, and his mother’s family were prominent and wealthy Chinese figures — his maternal great-grandfather was Yuan Shikai, China’s first President of the Republic of China. In 1959, the military police arrested Lee’s father for being a spy and spreading ideas from the West, but primarily as a result of anti-Chinese sentiment.

After nineteen months in prison, Lee and his family escaped, finding themselves in Hong Kong. His father’s short stint in Hong Kong as a prolific evangelist turned into time in Macau, Japan, and then asylum in the United States in 1962. There, Lee’s father became a Presbyterian minister in Vandergrift, a small town in western Pennsylvania. Lee remembers going with his father to perform rounds in the neighborhood on communion Sundays, providing sacrament to those who were physically unable to make it to church.

Lee’s momentum continued with his second book, The City in Which I Love You, in 1990, and his memoir, The Winged Seed, in 1995. The City in Which I Love You breaks into the metaphysical and depicts the intimate nature of memory and passion. Book of My Nights was Lee’s third collection in 2001, and it turns inward for an examination of self. Book of My Nights won the William Carlos Williams award. BOA also published a collection of Lee’s interviews edited by author and professor Earl G. Ingersoll titled Breaking the Alabaster Jar: Conversations with Li-Young Lee in 2006. Lee’s most recent two collections are Behind My Eyes (W.W. Norton & Co., 2008) and The Undressing (W.W. Norton & Co., 2018).

Despite publishing his most recent collections with W.W. Norton, Lee continuously returns to BOA to collaborate on a variety of projects, including reissuing his memoir, The Winged Seed, in 2013, and a chapbook in honor of BOA’s 40th anniversary in 2016. The chapbook  (a short pamphlet-like book) was the eleventh installment in the BOA Pamphlet Series and featured eight never-before-published poems by Lee.

Li-Young resides in Chicago with his wife — and constant muse — Donna, and their two sons. 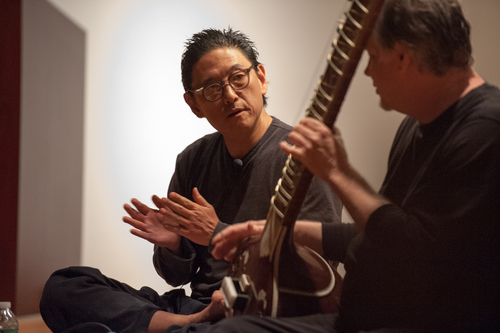 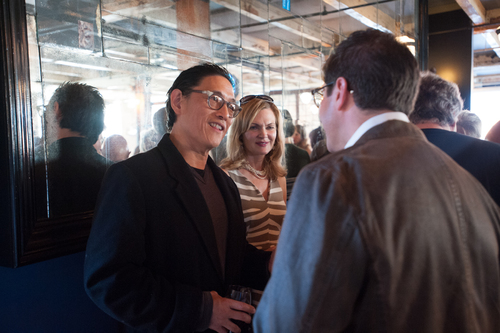 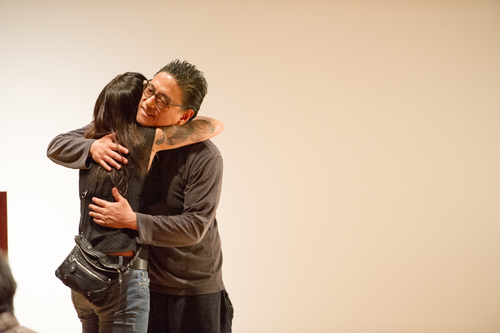 Lee at the poetry reading and book signing with Daphne Poulin-Stofer, the daughter of founder Al Poulin Jr. and the cover artist of The City in Which I Love You and Book of My Nights (Photo courtesy of BOA Editions Ltd.)