During World War I, Dr Kaiser traveled to Vichy, France, and worked in the Contagious Disease Unit. Later, during his many travels around the world, Dr. Kaiser regularly conducted free local clinics for ill children. A recipient of numerous awards, Dr. Kaiser was also the City of Rochester Health Officer from 1945-55, president of the Rochester Academy of Medicine, and a member of the University of Rochester Board of Trustees until his death in 1955. 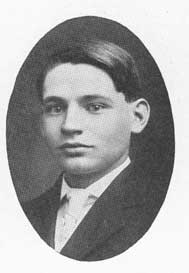 From the 1909 Interpres yearbook 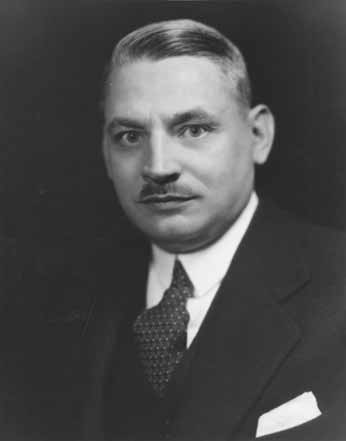 "As a physician he knew how deep and dangerous was the wound he carried within him. Men are forgiven if they become jealous of the treasure of life and guard it against any further curtailment or dissipation. Here surely was the final demonstration of his compassion for us, his idealism as a humanitarian, his faith in the high purpose of life. He reached into his storehouse where his hand felt the bottom, and gave it all to us."

From the eulogy given for Dr. Kaiser on November 5, 1955 at the First Baptist Church, by Cornelis Willem de Kiewiet, fifth president of the University of Rochester (1951-61). During de Kiewiet's presidency, the women's and men's colleges were united on the River Campus; a residence hall was named in de Kiewiet's honor in 1966. 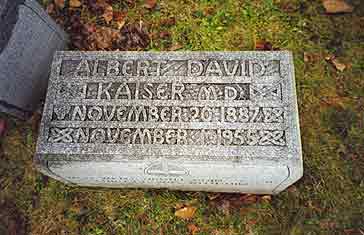 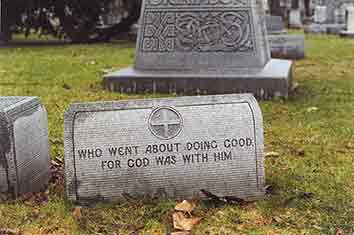 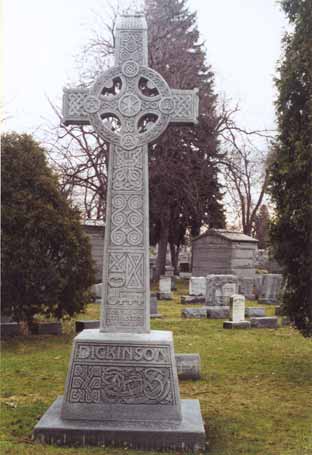 The Celtic Cross, like any Christian cross, alludes to a painful death. Yet, since the cross is empty, it also suggests resurrection and victory over death. Further, the cross is a form of axis mundi, or "world axis," joining the horizontal with the vertical, earth to heaven. Prominent on the Celtic cross is the unbroken knot, symbolizing the lasting ties between the deceased and his/her loved ones and, above all, the firm ties to God. Theologically speaking, the beginningless, endless knot suggests that God was, is, and shall ever be.

← The Hollister Family
"OURS THE MEMORY": MEMORIALS →
"THE MEMORY OF THE JUST IS BLESSED": EPITAPHS
Albert David Kaiser