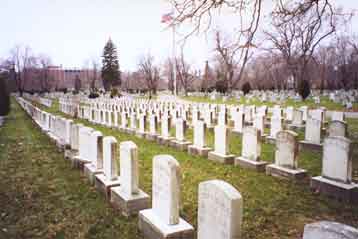 The World War I section of Mt. Hope Cemetery. 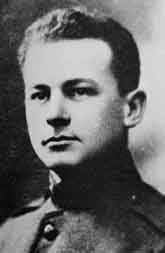 Sergeant Leon H. Buckler was born in Fairport, NY in 1894 and was a member of the Class of 1917. During WWI, he joined the Ambulance Corps, first with the French Army and, later, with the U.S. Army.

He died of pneumonia on September 19, 1918 in Urbes, France; after the war, his body was reburied in Mt. Hope Cemetery in 1921. Buckler was awarded the French Croix du Guerre with bronze star and accompanied by the citation below. 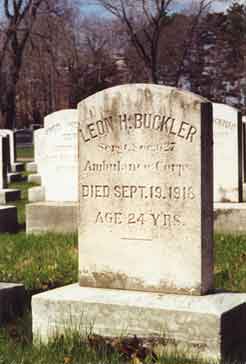 "A model of coolness and untiring activity. During the combats from July 18-28th, 1918, he effected the evacuation of the regimental wounded in perfect manner without rest and indifferent to the artillery fire raging around the first-aid station."