"From Glory Here To Glory There": The Civil War

The Civil War not only affected relations among the living, but among the dead as well. In 1862, Gettysburg National Cemetery was dedicated to the memory of those who fell in battle. This was among the first such national memorials to create sacred ground where, without regard to race, rank, or gender, even rows of white marble flat stones were drawn up in formation to evoke a simple grandeur. In Mt. Hope and other cemeteries, special sections have been set aside for veterans and those who gave their life defending their country. Students and alumni of the University of Rochester will be found here, as well as in the Rochester section, and in many family gravesites.

On fame's eternal camping grounds,
Their silent tents are spread,
And glory guards with solemn rounds
The bivouac of the dead. 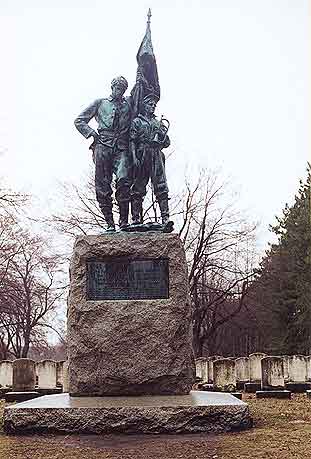 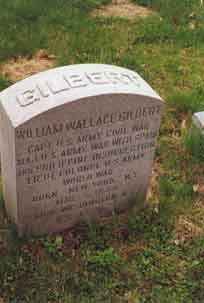 William W. Gilbert (1840-1925) was the nephew of Martin B. Anderson, first president of the University of Rochester. Gilbert came to Rochester to attend the University, and graduated in 1861. He was commissioned as a first lieutenant with the 19th U.S. Infantry and was in active service in the Civil War, during which time, he often wrote his Uncle Martin. After the war, Gilbert taught Latin and Greek at the University for one year before resuming his military career. 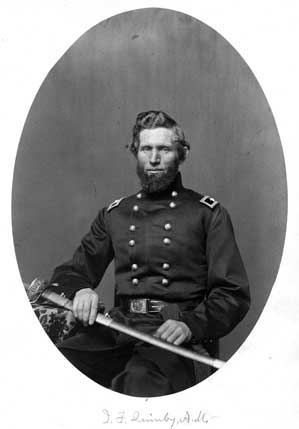 Isaac F. Quinby was a member of the faculty in mathematics and natural philosophy. Educated at West Point and a classmate of Ulysses S. Grant, Quinby fought in the Mexican War before he began teaching at Rochester. 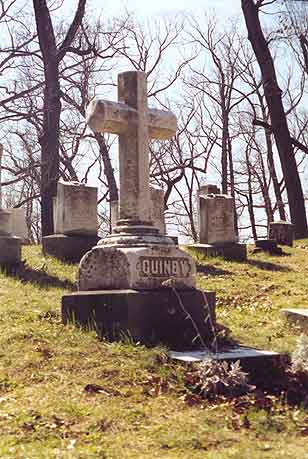 In the Civil War Quinby took charge of the Thirteenth Regiment of New York Infantry as a colonel. He returned to teach at the university from 1864 to 1884. 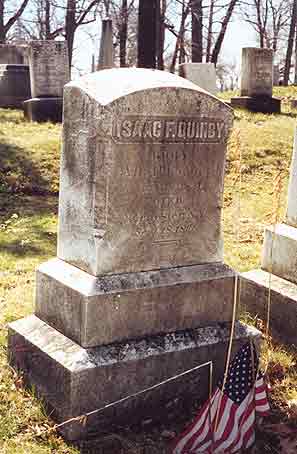 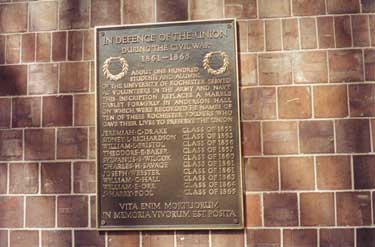 A plaque in Wilson Commons commemorates the students that were killed "In defense of the Union" during the Civil War. 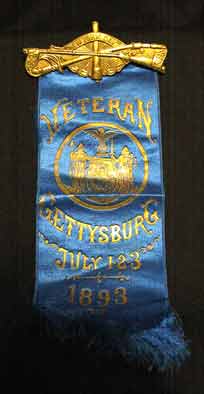 This ribbon, now a part of the collection in the University of Rochester's Rare Books an Special Collections, was given in 1893 to a veteran of the battle of Gettysburg.

← VETERANS
The Spanish American War →
VETERANS
"From Glory Here To Glory There": The Civil War