2020 marks the 100th anniversary of the ratification of the 19th Amendment. The vote came down to a single congressman from Tennessee, named Harry Burn. Burn was opposed to ratification, but received a letter from his mother in the days leading up to the vote urging him to “be a good boy” and vote in favor of the amendment. Once the amendment passed, women’s participation in voting suffrage quickly became part of the fabric of American society. It is now difficult to imagine how many Americans, including women, were strongly opposed to women’s suffrage, fearful of the effect it would have on families, the home, and the workplace.

Women voted in local elections throughout colonial America, and it wasn’t until the beginning of the 19th century that laws were enacted explicitly to prevent them from doing so. During the early 19th century, women focused on passing laws in favor of married women’s property rights rather than on the vote. At the 1848 Women’s Rights Convention in Seneca Falls, Elizabeth Cady Stanton introduced a resolution in favor of women being granted “the elective franchise.” The resolution was controversial: some thought it was too radical and would make the women’s movement look, as Lucretia Mott suggested, “ridiculous.” Stanton persisted, firm in her belief that “the power to make laws was the right through which all other rights could be secured.” The resolution passed, and by the 1850s, the issue of the ballot had become a central tenet of the women’s rights movement.

From 1848 onward, the movement adopted several tactics to secure the vote. In 1872, Susan B. Anthony and a group of her friends, neighbors, and relatives voted in the Presidential Election. She was arrested for voting and found guilty. Yet, heartened by the securing of women’s voting rights in several Western states, women’s groups began to work toward a constitutional amendment guaranteeing women’s right to vote. First introduced in 1878, the amendment took forty-two years to be ratified; even after its passage, Jim Crow laws across the South made it effectively impossible for African American men and women to vote until the Civil Rights era. 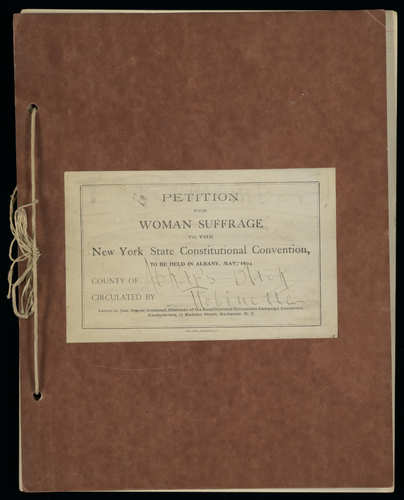 Petition for Woman Suffrage booklet used to collect signatures in each county of New York State, 1894.
The pages containing the original signatures were removed from this booklet and sent to Albany along with all of the other signatures collected by volunteers in the state's other counties. All original booklets were returned to Jean Greenleaf in Rochester, who was chairperson of the committee. 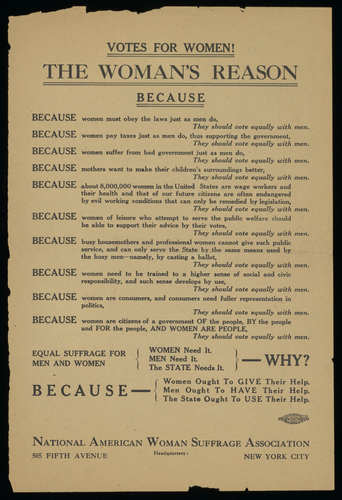 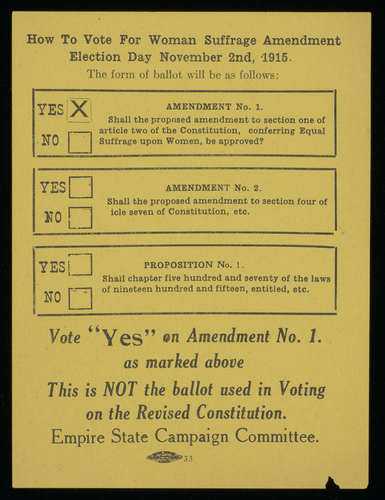 How to Vote for Woman Suffrage Amendment Election Day November 2nd, 1915, Empire State Campaign Committee, 1915.
Men in New York State voted in women’s suffrage in 1915. While the referendum did not pass, women immediately began planning for another referendum. Amendment No. 1 passed on November 6, 1917, giving women the right to vote in New York State. 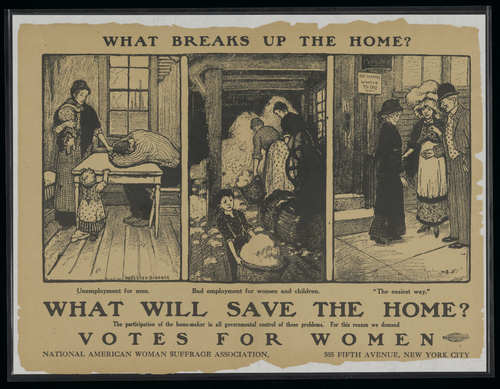 What Breaks up the Home? National American Woman Suffrage Association, ca. 1915. This broadside uses the argument that the home, traditionally the purview of the wife and mother, is best served by women voting.  The illustrations in this broadside are by Mary Ellen Sigsbee, an illustrator whose work was also in the Saturday Evening Post and Harper’s Magazine. 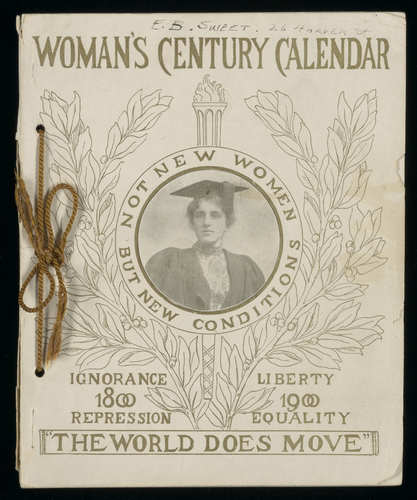 Woman’s Century Calendar, 1900.
This calendar starts in 1800 and lists notable events related to women and women’s rights every year until 1900. It covers the United States as a country, individual states, and other countries. Calendars like this were popular souvenirs of the movement and served to build optimism in women about their future. 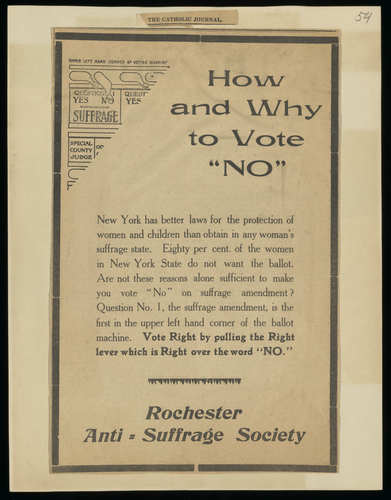 How and Why to Vote “No”, Rochester Anti-Suffrage Society, from Emma B. Sweet’s scrapbook, ca. 1915.
Although Rochester was home to Susan B. Anthony, it also had an Anti-Suffrage Society that worked hard to keep the vote form women. This advertisement uses two common arguments against suffrage; first, that the state currently did enough for women, and second, that most women did not want the vote. Neither of these statements is backed by references. 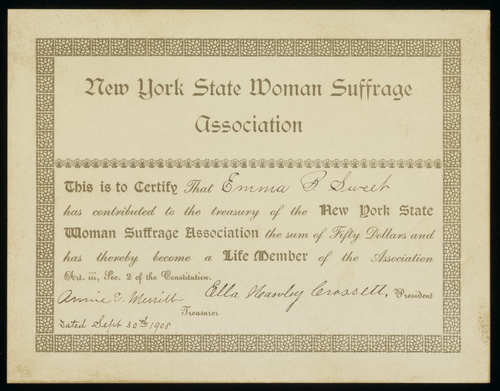 Emma Sweet’s New York State Woman Suffrage Association certificate, 1908.
Emma Biddlecom Sweet (1862-1951) was a distant cousin of Susan B. Anthony and served as her secretary intermittently from 1895 to 1906. She also held various executive positions in the Political Equality Club, Rochester, NY, and its successor, the Woman Suffrage Party of Monroe County. 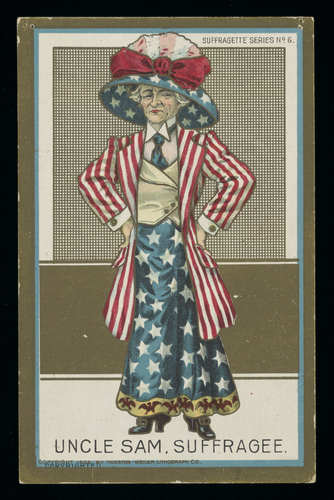 Uncle Sam, Suffragee, 1909.
Satirical suffrage postcards were popular at the turn of the 20th century. This postcard depicts Uncle Sam as an angry-looking woman wearing a combination of male and female attire. It plays into stereotypes that suffragists were unhappy, masculine-looking women who wanted to usurp men’s place in society. 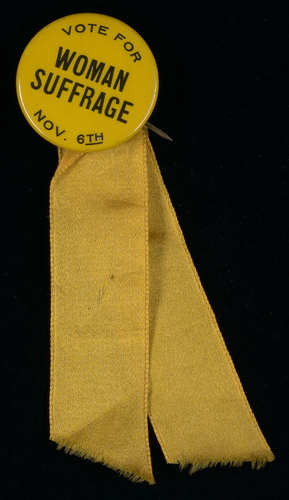 Vote for Woman Suffrage Nov. 6th badge, ca. 1915.
Like the pins that many high school and college students put on their backpacks to share their political and pop culture affinities with the world, suffrage badges were a common way for women to indicate their support for the movement.