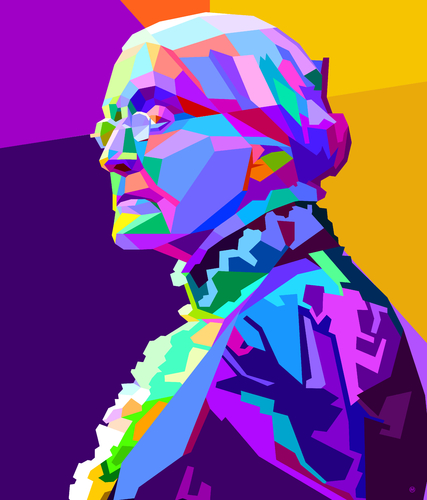 Digital Portrait of Susan B. Anthony by Michael Osadciw, 2019.

Susan Brownell Anthony was born in 1820 to a Quaker family in Adams, Massachusetts. Her parents’ and community’s sense of social justice encouraged Anthony’s early involvement in the social movements of the time, particularly abolition and temperance. Anthony’s involvement in the temperance movement encouraged her growing interest in women’s rights advocacy, and she founded the New York Women’s State Temperance Society after being barred from speaking at a temperance conference because she was a woman. Anthony was also an active abolitionist collecting petitions at the age of seventeen, continuing her anti-slavery work as a state agent for the American Anti-Slavery Society, and further through the Civil War as a co-founder of the Women’s Loyal National League.

Despite her work on other social causes, Anthony is best known for her role in the Woman Suffrage movement. Anthony voted in the 1872 Presidential Election in Rochester, NY, in an attempt to draw attention to the movement and test the suffrage provision put forth by the Fourteenth Amendment. Although Anthony was arrested, tried, and fined, she refused to pay the fine and the matter was not carried any further. In addition to campaigning for women’s right to vote, Anthony was also head of the Workingwomen’s Association, where she advocated for labor rights and reforms, including equal pay for women, opening male-dominated professions to women, and the eight-hour workday.

She founded the National Woman Suffrage Association and American Equal Rights Association alongside Elizabeth Cady Stanton and helped create the International Council of Women, all while traveling frequently and delivering as many as 75 to 100 speeches a year to advocate for the cause. Anthony also wrote for and published the women’s rights newspaper The Revolution, and alongside Stanton, Ida Husted Harper, and Matilda Joslyn Gage, coauthored The History of Woman Suffrage.

In addition to her nationally and internationally recognized work, Anthony had a profound impact on the University of Rochester by taking up the cause of admitting women to the school. By pledging her life insurance money to the cause, Anthony met the University’s financial demands to allow the admittance of women, altering the structure of the University and advancing inclusivity at the institution.

In the years since her death, Anthony has become an increasingly controversial figure due to many of her statements on suffrage for African-Americans and the general exclusion of people of color from the suffragist movement. While she was extremely influential on the suffrage movement, both she and the early suffragist movement rightfully have been criticized for focusing on the right to vote for middle- and upper-class white women, rather than all women or all people. 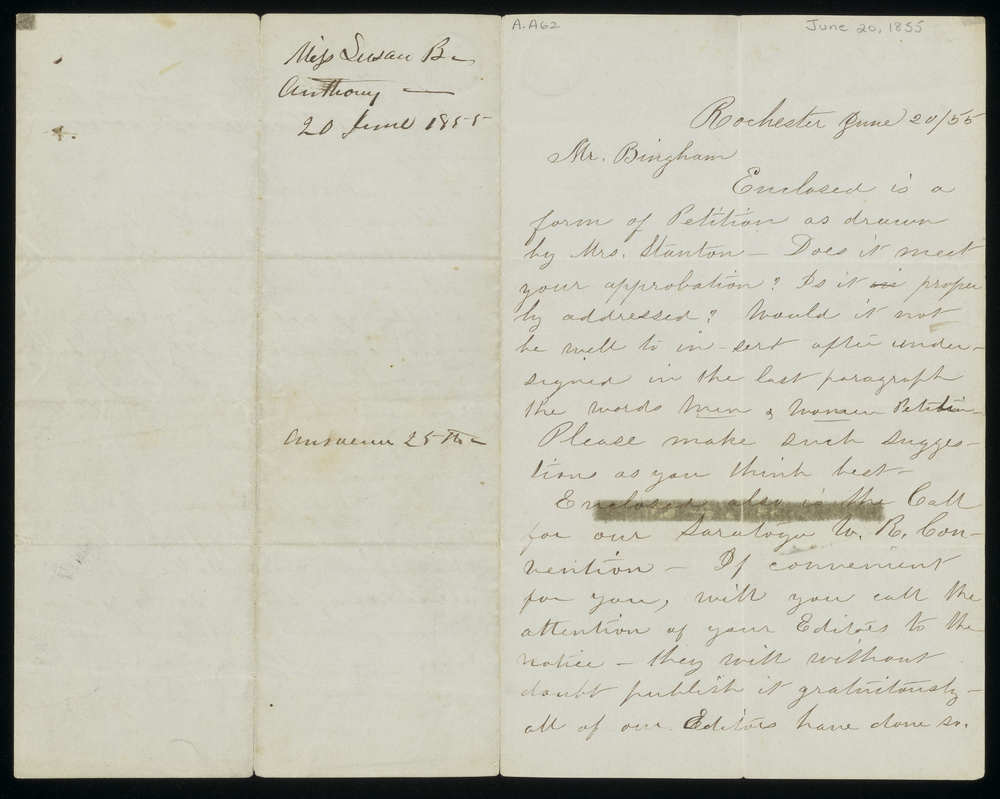 Letter from Susan B. Anthony to Anson Bingham, 1855.

Woman must not depend upon the protection of man, but must be taught to protect herself." 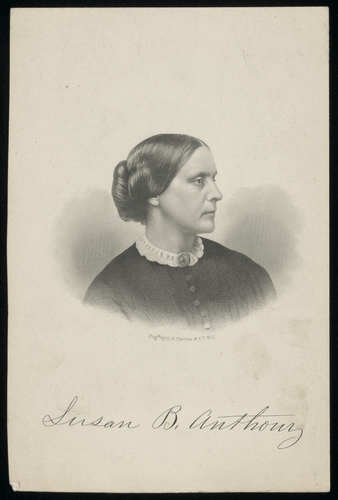 Engraving of Susan B. Anthony by George Edward Perine, 1868. 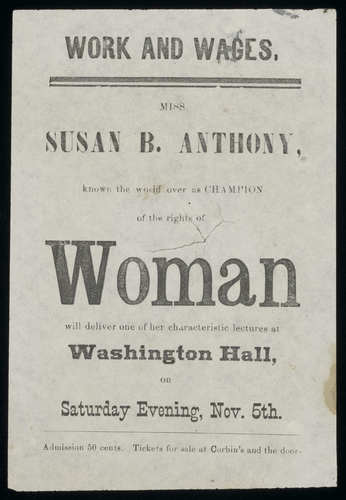 Handbill for Susan B. Anthony's Work and Wages speech, 1870. 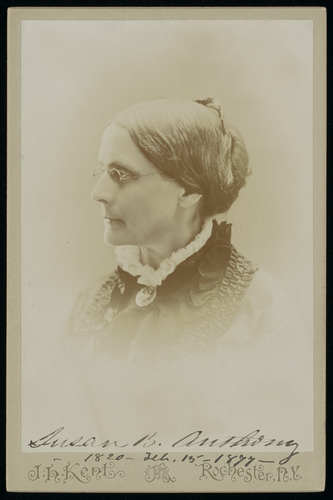 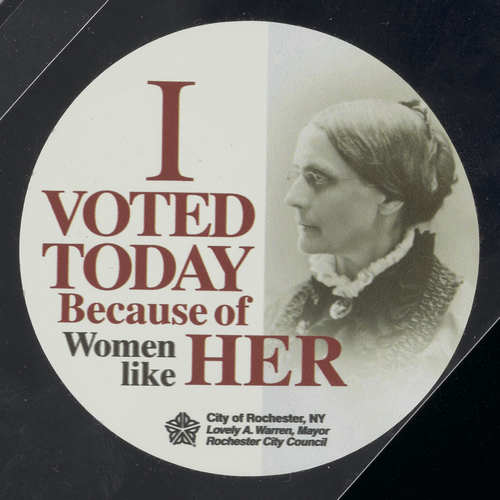 "I Voted Today Because of Her" sticker, City of Rochester, 2016.