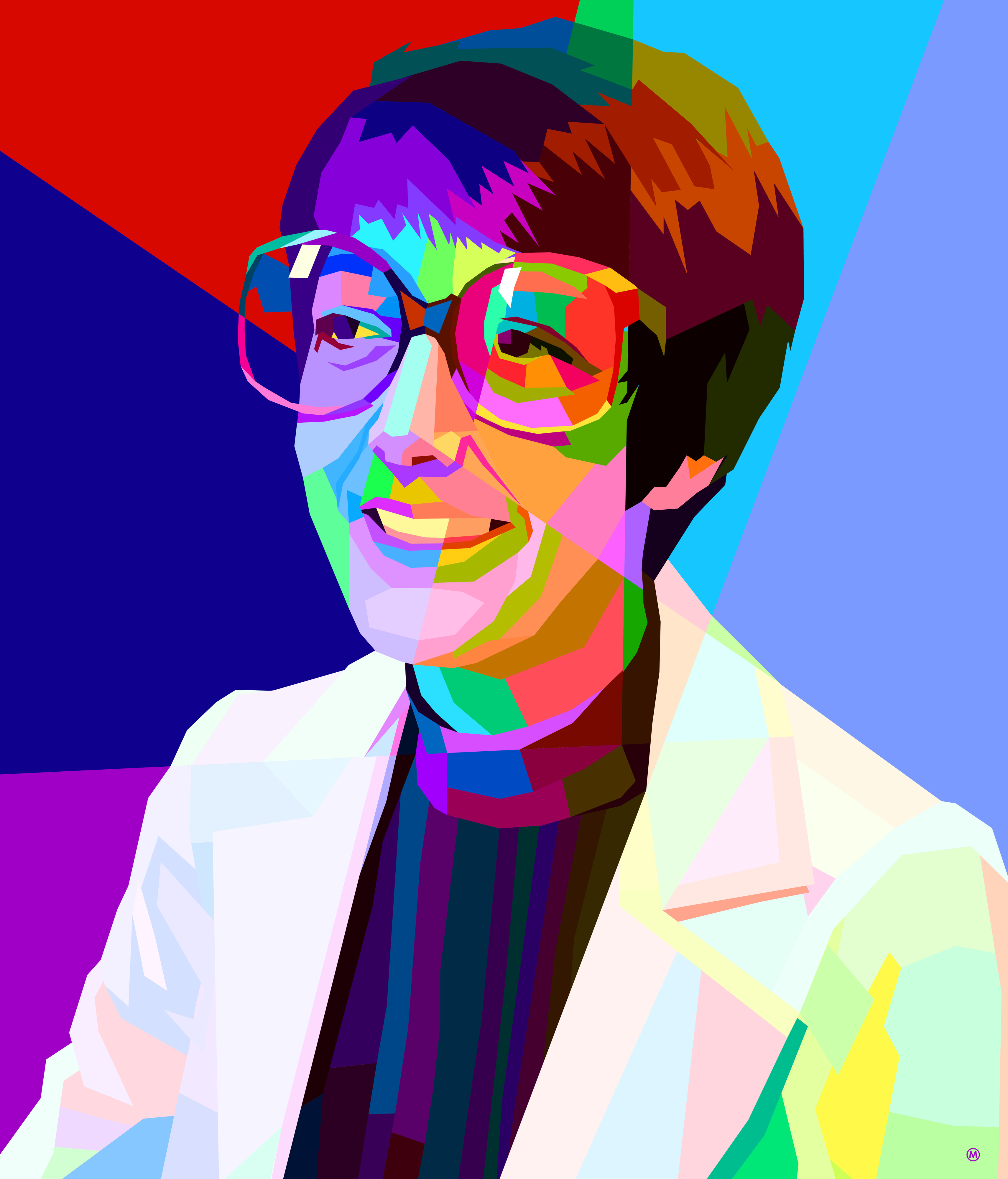 Margaret "Midge" Costanza was born in LeRoy, NY in 1932 and raised in nearby Rochester. Her parents were both Sicilian immigrants, and they owned a sausage shop in Rochester. After graduating from high school, she worked at a business owned by Rochester real estate investor John Petrossi, eventually becoming his executive assistant. She took an interest in politics from a young age and was involved in several statewide political campaigns, including Robert Kennedy's campaign for Senate. In 1966, she was appointed vice-chair of the Monroe County Democratic Committee; she resigned four years later to draw attention to the gender equalities she saw within the party. Costanza was elected to the Rochester City Council in 1973 and, despite receiving the most votes, named vice-mayor, a largely honorary role. One year later, she ran against Republican incumbent Barber Conable for his House of Representatives seat. She lost the election, but met and befriended former Georgia Governor Jimmy Carter during the campaign. Costanza then served as his Presidential campaign co-chair for New York.

At the Democratic National Convention in 1976, she was chosen to second Carter's presidential nomination. After he was elected, he appointed Costanza to Assistant to the President for Public Liaison. She was the first woman to hold the position of Assistant to the President. Her office was next to the Oval Office and she was tasked with being the "window to the nation" and bringing the everyday concerns of Americans to the President's ear. During her time in the White House, she met with hundreds of special interest groups, including labor unions, Native American tribes, and most notably (and controversially) the National Gay Task Force. Costanza also fiercely advocated for the Equal Rights Amendment (ERA) and reproductive rights for women. In April 1978, she was reassigned to a position focusing solely on women's issues and her office was moved to the basement of the White House. On August 2, 1978, after twenty months in office, she resigned.

Costanza then moved to Los Angeles, campaigning for Teddy Kennedy in the 1980 presidential election and eventually forming a political consulting firm. She also became involved in the entertainment industry, serving as the vice president of Alan Landsburg Productions, where she worked on political films and documentaries. In 1987, she helped manage actor and activist Shirley MacLaine's Higher Self seminars.

In 1990, Costanza relocated to San Diego and worked on the campaigns of California State Treasurer Kathleen Brown, Senator Barbara Boxer, and Congresswoman Lynn Schenk. The Midge Costanza Institute for the Study of Politics and Public Policy was formed in 2003, in affiliation with the Women's Studies Department at San Diego State University. The Institute was created to educate young people on the importance of involvement in government and public service. Midge Costanza died of cancer in March 2010. She was inducted posthumously into the San Diego Women's Hall of Fame in 2011. 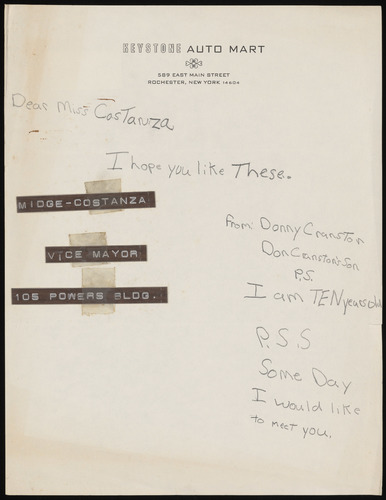 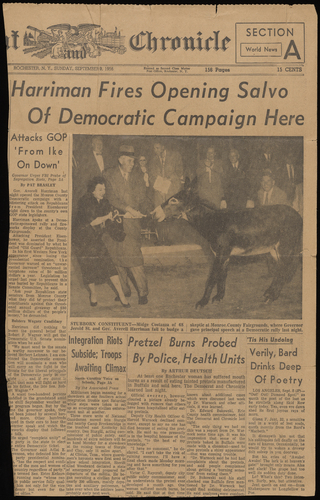 Newspaper clipping of Midge Costanza at a Democratic campaign event. 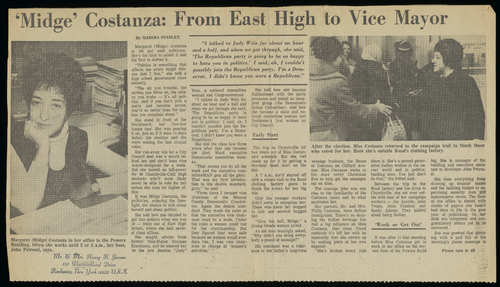 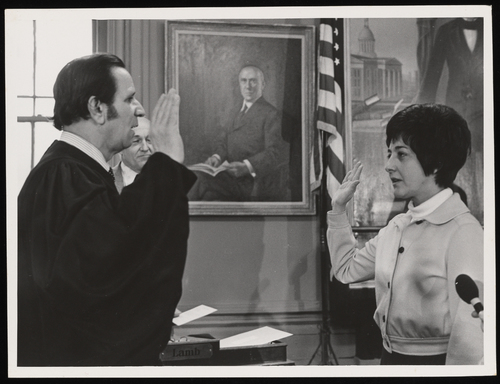 Photograph of Midge Costanza being sworn in as Vice Mayor of Rochester. 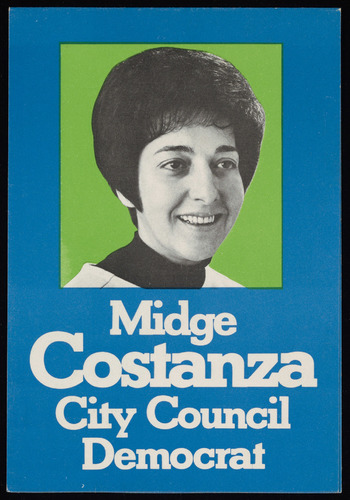 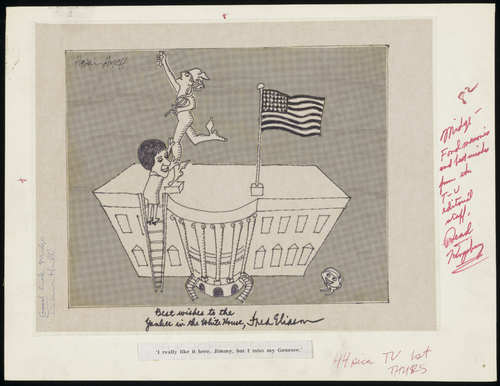 A cartoon depicting Midge Costanza scaling a ladder to the top of the White House, with the caption "I really like it here, Jimmy, but I miss my Genesee".

Midge in the White House: 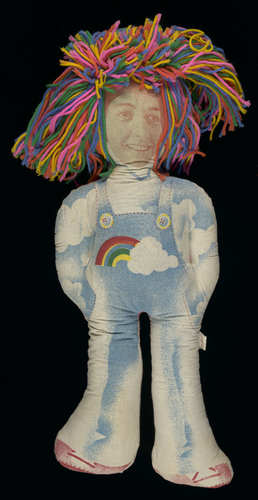 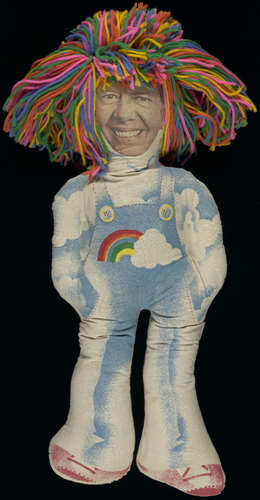 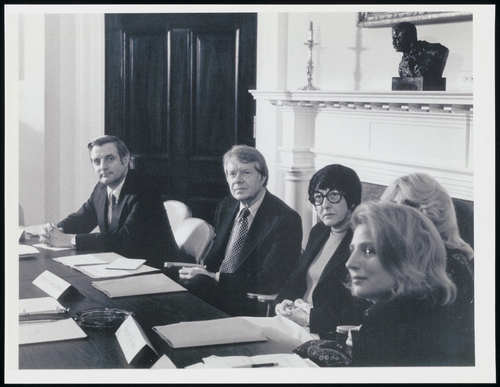 Midge Costanza and Jimmy Carter in a White House meeting. 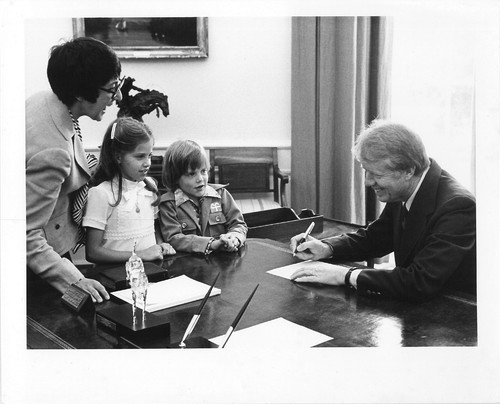 Midge, Jimmy Carter, and children in the Oval Office. 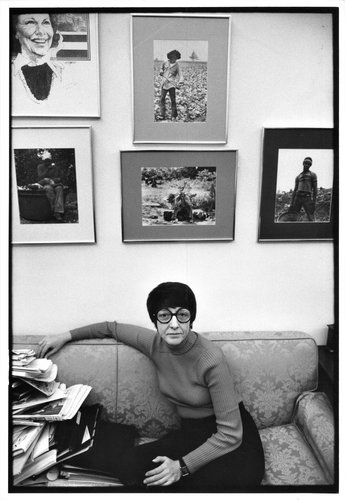 A photo of Midge, undated, likely from her White House years. 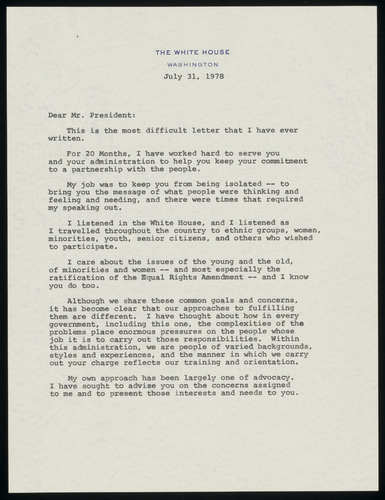 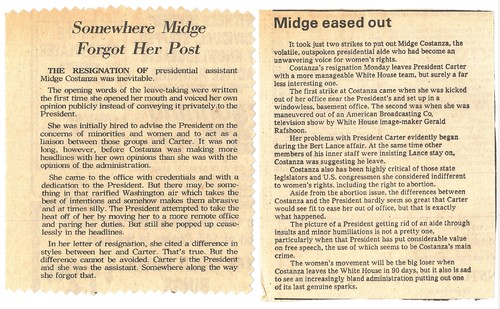 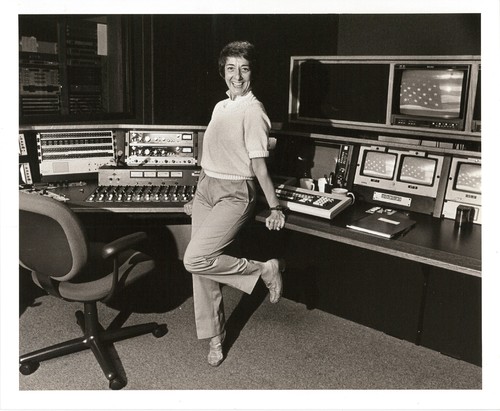 Midge posing in a TV studio, likely during her years working in Los Angeles in the entertainment industry. 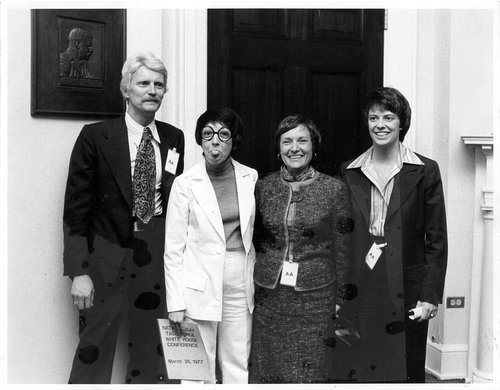 Midge posing with the National Gay Task Force during their historic meeting at the White House, 1977. 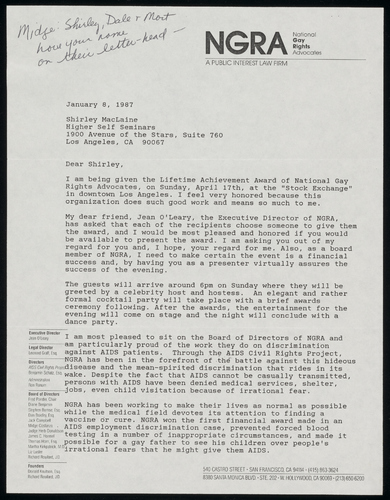 'Human Dignity is A Right' article covering a speech by Midge Costanza, 1979. 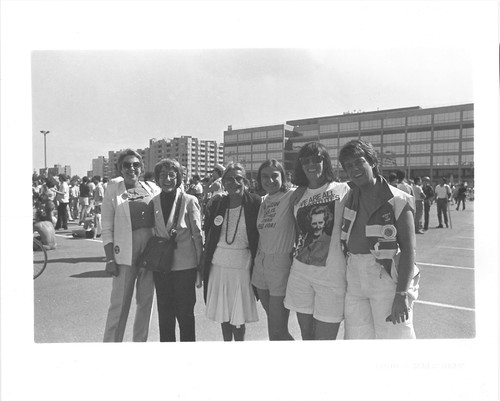 Midge and a group of women from NOW (including Jean O'Leary and Ginny Foat) at a march for women's rights. 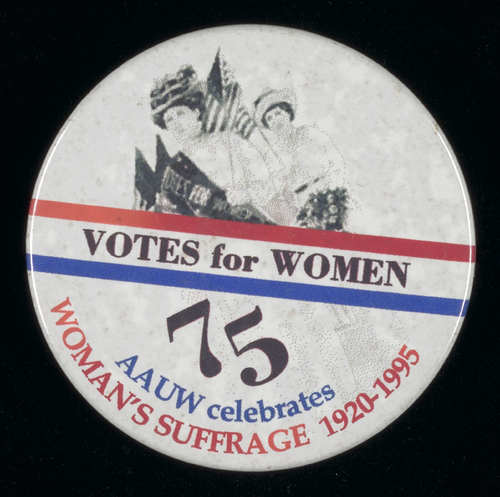 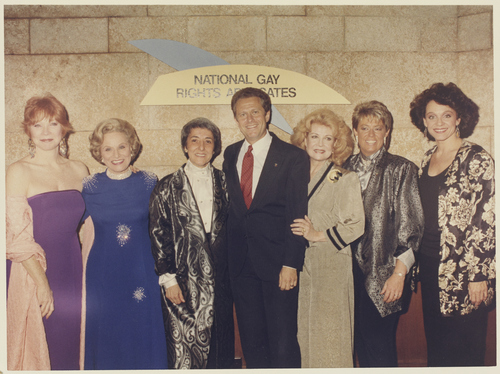 Photo of Midge Costanza and members of the NGRA at an award ceremony.