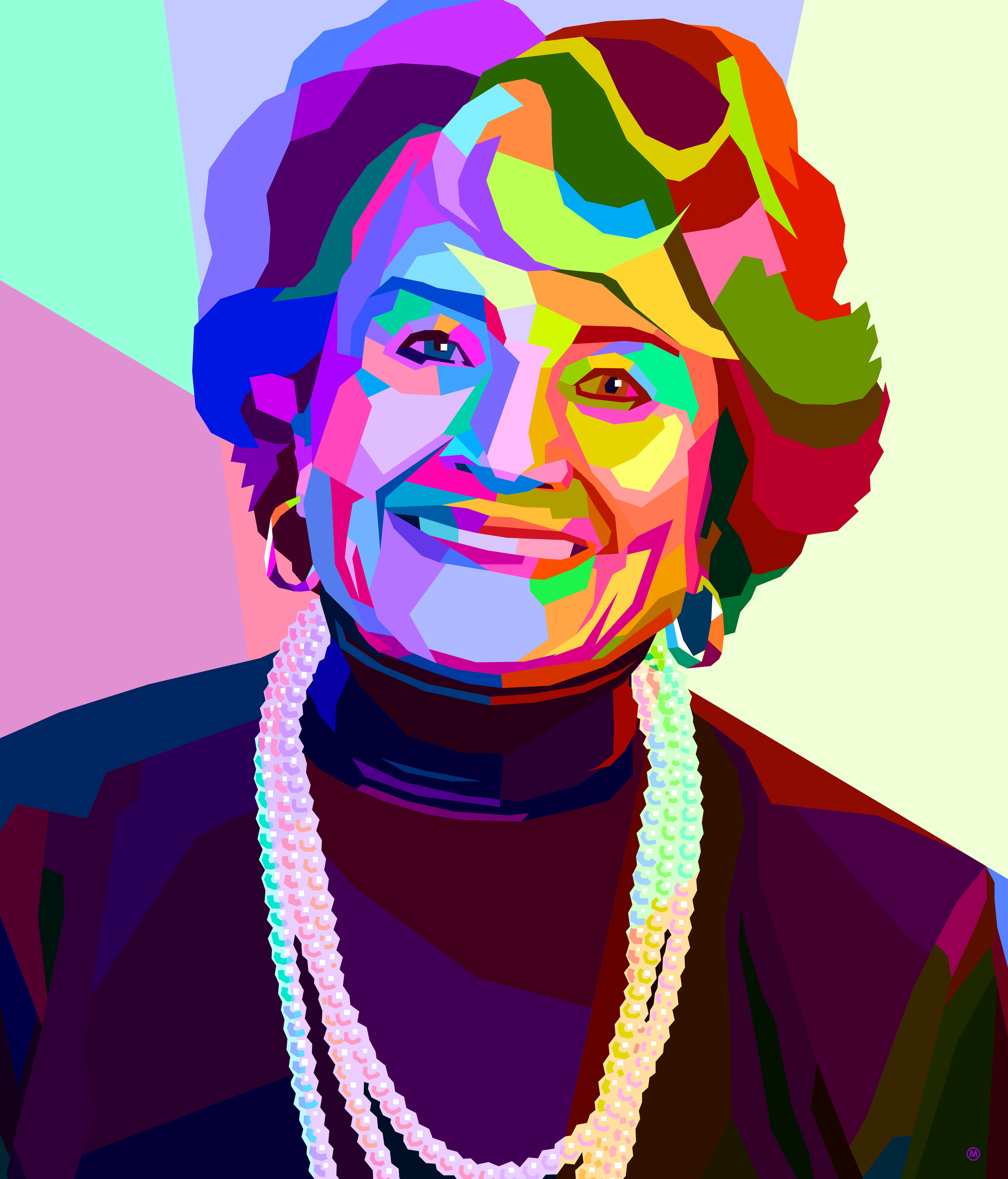 Born in the coal-mining town of Lynch, Kentucky in 1929, Louise McIntosh Slaughter graduated with an undergraduate degree in microbiology and a master’s degree in public health from the University of Kentucky. She took a job in marketing research for a national chemical manufacturer. In the 1950s she and her husband Bob moved to Perinton, New York, raising three daughters and spending the remainder of their lives in the Rochester area. She and her husband became involved with the Perinton Greenlands Association in the early 1970s. The group promoted recycling and opposed the development of Hart’s Woods. “I came out of the kitchen in 1971,” she said of leaving her post as a housewife and participating in demonstrations to save the woods.

She ran for the Monroe County legislature three times before her first win in 1975. Her work during this period brought her to the attention of other politicians across the state, including Mario Cuomo, who was then the Secretary of State of New York. He offered her a position on his team to direct the affairs of his upstate office. Slaughter accepted and continued in that capacity when he was elected Lieutenant Governor of New York. In 1982, she was elected to the New York State Assembly, beating a five-term incumbent for her seat.

She ran for Congress in 1986. Backed by the support of education and labor groups, moderate Republicans, and women voters, Slaughter was the first Democrat to win that district since 1961. In 1989, she was assigned to the House Rules Committee, making her the only woman on the 13-member committee. She became chair of the Committee in 2007, the first woman to lead it since its establishment in 1789. In 1991, she lobbied for and won a seat on the Budget Committee. Concurrently, she was selected to chair the House Democratic Caucus’s committee, making her the only woman in the party at that time to hold a top post in the House. Slaughter joined the ranks of the most powerful women in politics.

Slaughter championed issues in health and medicine, science, and women’s rights. She was a leader of the Congressional Women’s Caucus and a longtime co-chairwoman of the Congressional Pro-Choice Caucus. She advocated for increases in funding for family planning, domestic violence, sexual assault issues against women in the military, biomedical research, and technological developments. Her background in the sciences and public health lent themselves to a number of policy pursuits including passage of the Genetic Information Nondiscrimination Act in 2009.

For many years she co-chaired the Congressional Arts Caucus. Slaughter’s interest in the arts dates back to her childhood in Kentucky, and later at the University of Kentucky where she sang with Tinker Baggerly and His Orchestra. She believed the arts benefit students across all areas of study and should be a fixture of public education.

Louise Slaughter passed away in 2018 and will be remembered as an esteemed American politician and advocate, unwavering in her tenacity and support of many causes that improved the lives of Americans.

"That we have children coming into this world already polluted, at the same time we don't know what the effects of that pollution will be on their mental and physical development, is both bad policy and immorally wrong." 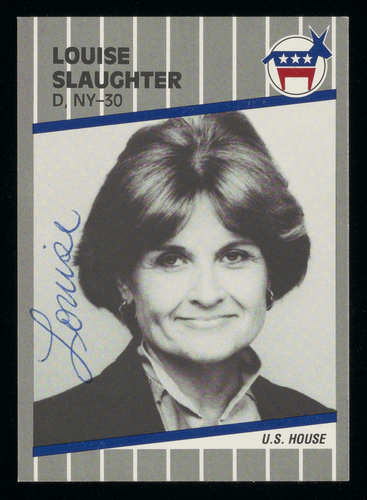 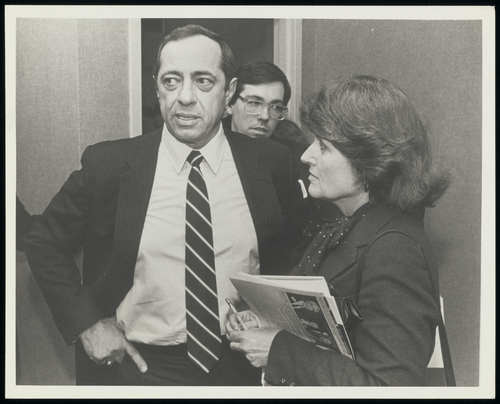 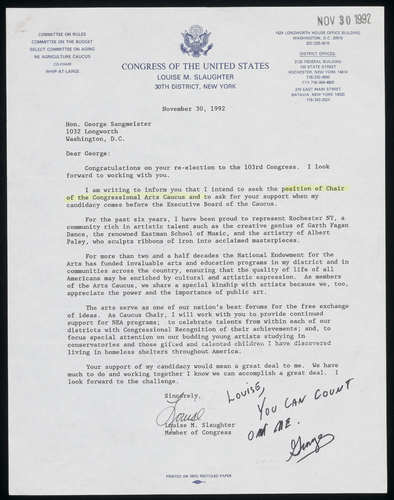 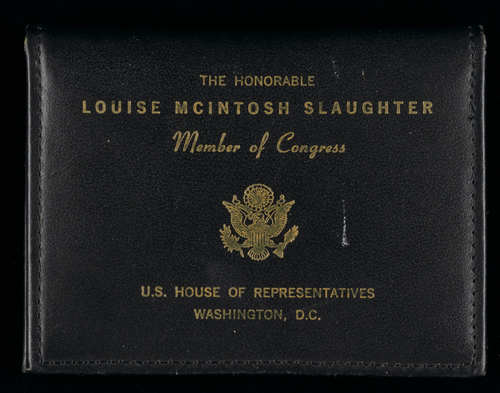 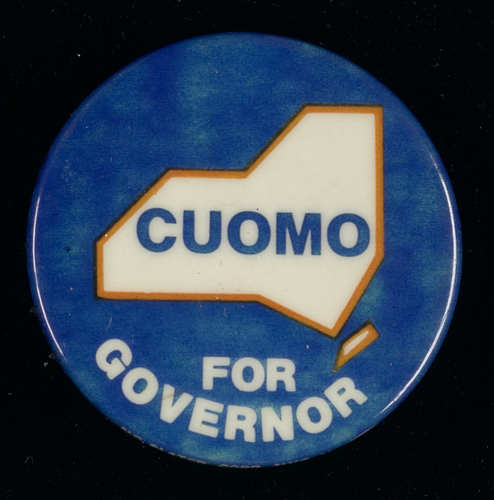 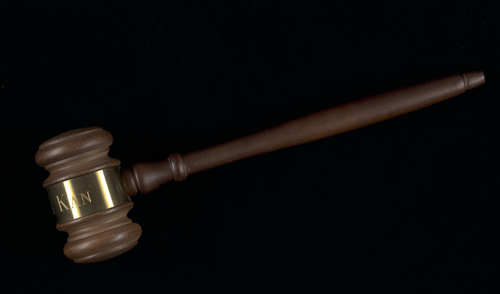 ← Ruth Scott
What Shall I Be? →
Four Quotable Women from RBSCP Collections
Louise McIntosh Slaughter