What Shall I Be? 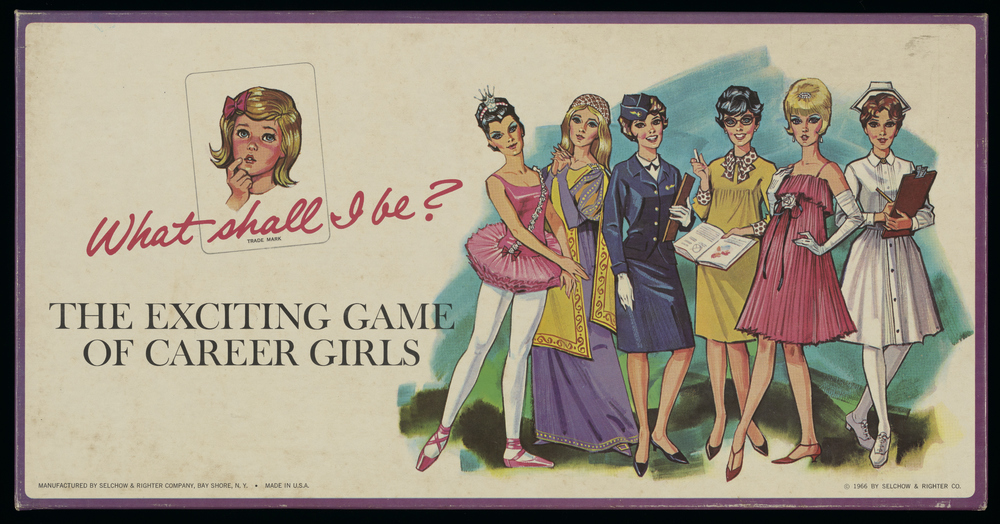 What Shall I Be? The Exciting Game of Career Girls, Selchow & Righter, 1966. 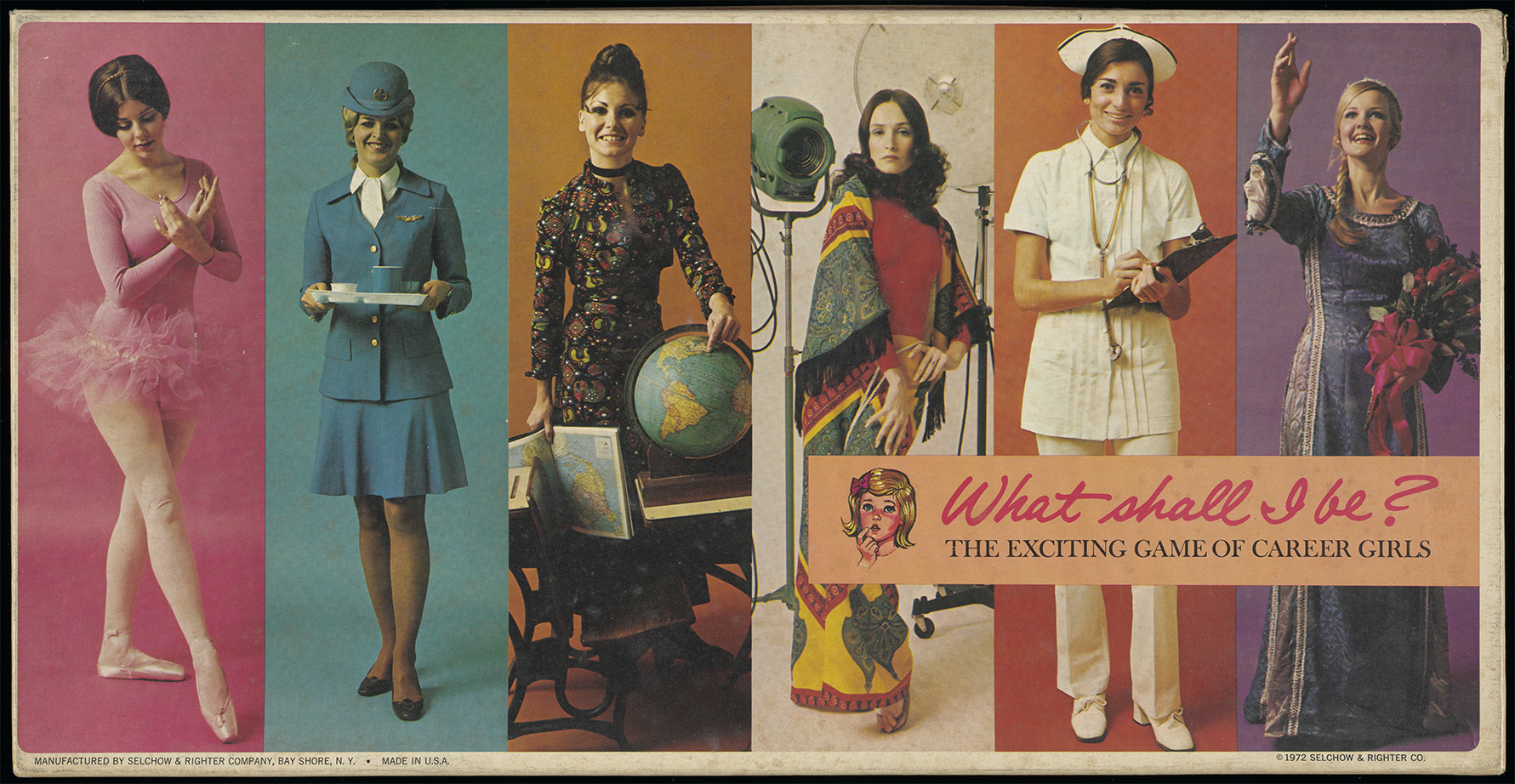 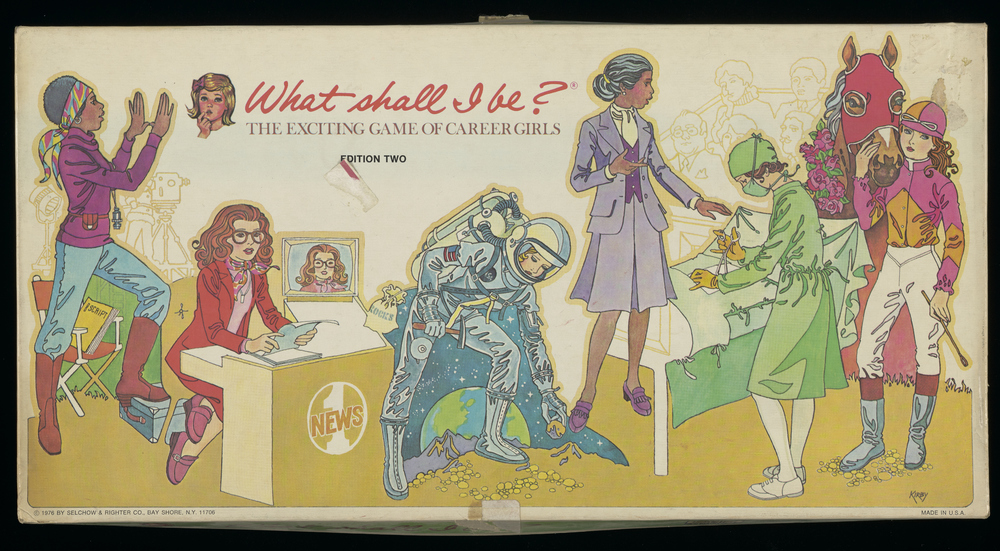 What Shall I Be? The Exciting Game of Career Girls, Selchow & Righter, Second Edition, 1976.

In 1966, the company best known for Scrabble and Parcheesi released the What Shall I Be? game for girls to “learn what is required to become a teacher, ballet dancer, nurse, model, actress, and airline stewardess.”  Intended for girls aged 8-13, the game’s object was to collect four cards depicting one of the careers, two round subject cards and two heart-shaped personality cards that were a “good fit” for that career. Along with presenting a limited, stereotypical range of professions, the game hurls heart-shaped insults like “You are overweight” and “You are a slow thinker,” and warns of the dangers of sloppy make-up. In 1972, the game was re-issued unchanged but for an updated photographic box lid.  Changes introduced in the 1976 edition include a more diverse group of young women (some of whom are wearing pants), somewhat less insulting cards, and new careers: surgeon, jockey, astronaut, news commentator, theater director, and lawyer.

← Louise McIntosh Slaughter
A Vindication of the Rights of Woman →
What Shall I Be?