The Productions: Mikado in America

American managers quickly recognized the potential of The Mikado, and Sydney Rosenfeld was first to produce it (in Chicago). Meanwhile, Carte wasted little time, and for his New York production of The Mikado, he negotiated with two managers, John Stetson of the Fifth Avenue Theatre and James Duff of the Standard Theatre. When Carte signed a deal with Stetson, Duff prepared to stage his own production before Carte’s. Carte secretly took steps to thwart Duff’s plan, and was able to open his New York production at the Fifth Avenue Theatre in advance of Duff’s. Carte’s production had an excellent English cast, and the success of the piece spawned an unusually large number of touring companies that spread The Mikado all over America. 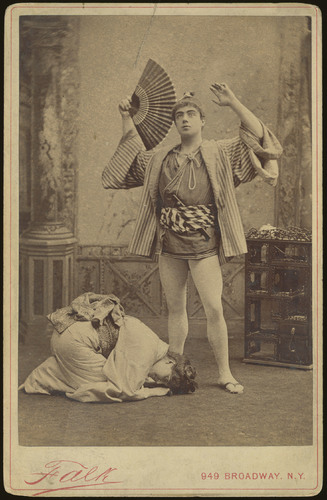 Courtice Pounds as Nanki-Poo and Geraldine Ulmar as Yum-Yum in D’Oyly Carte’s New York production of The Mikado at the Fifth Avenue Theatre. 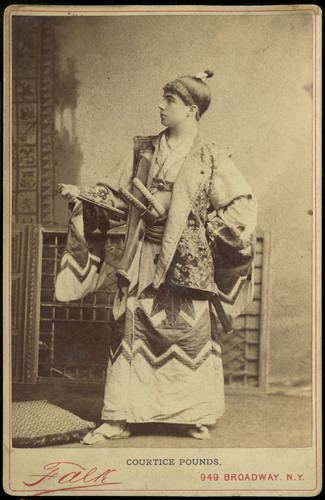 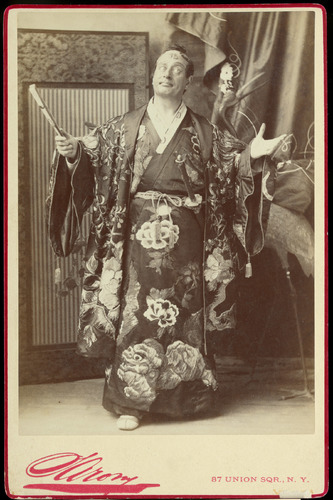 Carte organized several touring companies himself. Evidence of the opera’s tremendous popularity include theatrical burlesques and political parodies, and the ubiquity of Mikado-related advertising and consumer merchandising. The Mikado continued as a theatrical staple well into the next decade. 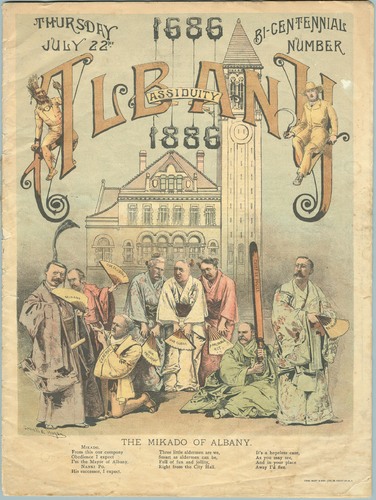 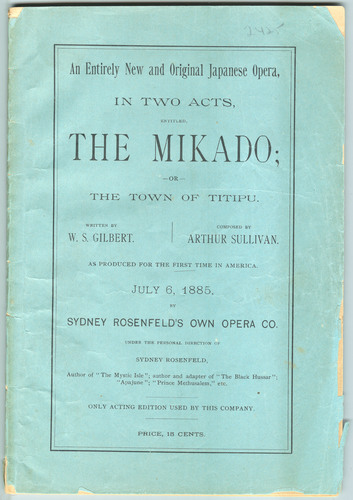 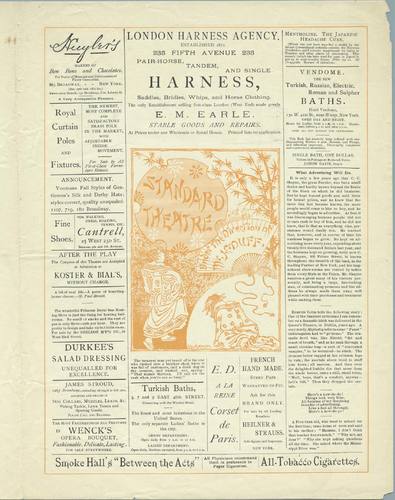 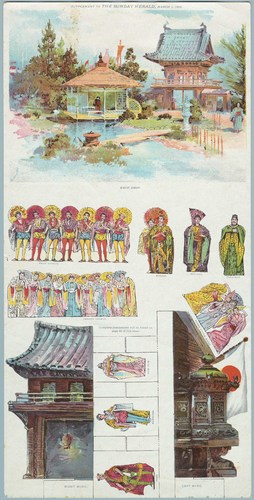 A juvenile theatre playset with scenery, principal characters and chorus printed in colors on one sheet of heavy stock.

Central padded multicolored panel with engraving of the "Three Little Maids From School." The souvenir was presented to ladies purchasing the most expensive seats.