The Productions: Thespis and Trial by Jury

Gilbert and Sullivan were first brought together by John Hollingshead to write a Christmas entertainment for his Gaiety Theatre (London). Thespis, or The Gods Grown Old (1871) was considered a modest success, but it was atypical and contained elements that neither Gilbert nor Sullivan would tolerate in their later works. It was not produced in America or revived in England. Apart from two songs and some ballet music, the score has been lost. Modern-day attempts at reconstruction have used other music. 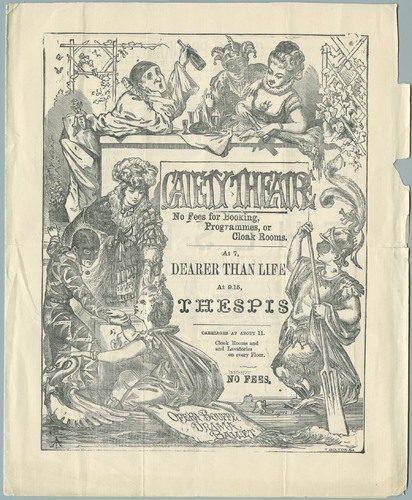 Original production of Thespis or, The Gods Grown Old. 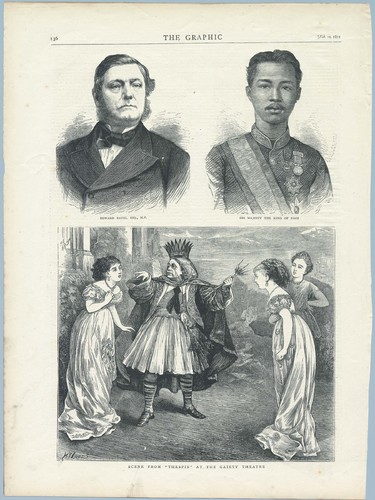 "Scene from Thespis at the Gaiety Theatre.”

Gilbert and Sullivan were reunited four years later by Richard D’Oyly Carte, then manager of the Royalty Theatre. A short afterpiece to accompany Offenbach’s La Perichole was needed. Gilbert expanded a piece originally written for Fun, and Sullivan, delighted with its humor, agreed to set the music. The result, Trial by Jury (1875), was a great success, and soon eclipsed the main attraction in popularity. Eight months later, New York saw its first production. Trial by Jury became the first traditional Gilbert and Sullivan opera, and D’Oyly Carte would be linked to the pair for the rest of their collaborative work. 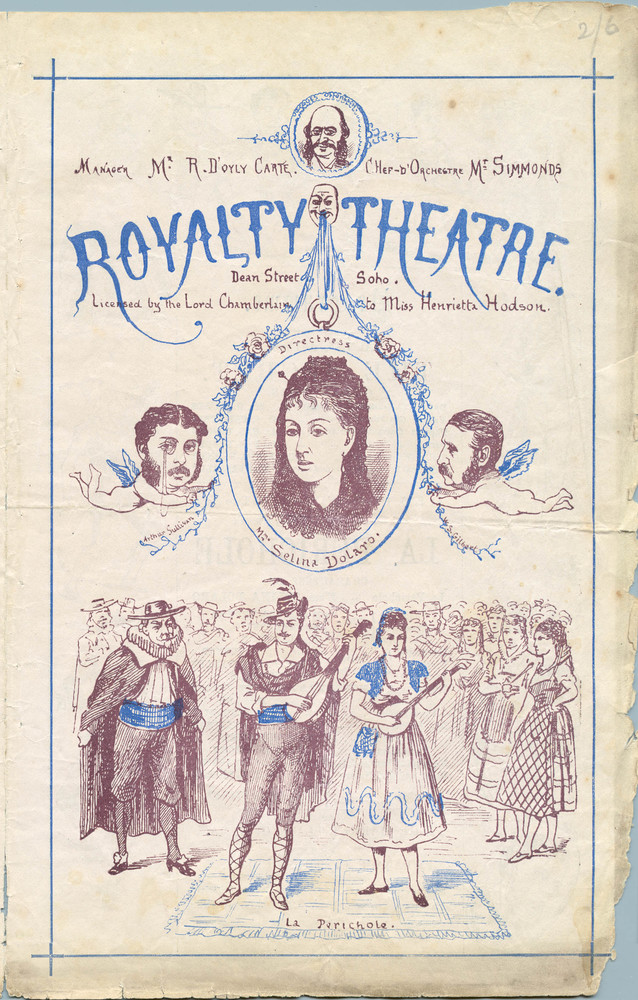 Original production of Trial by Jury. Illustrated with caricatures of the players. 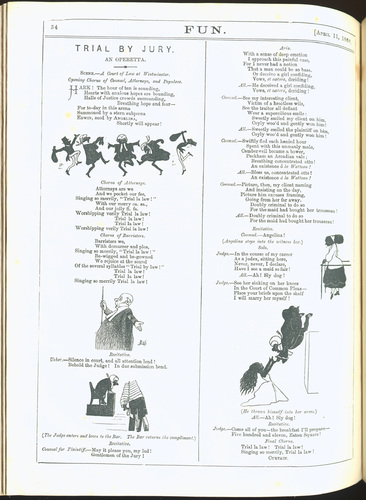 Opened to show Trial by Jury by W. S. Gilbert, with his own illustrations, signed "Bab." 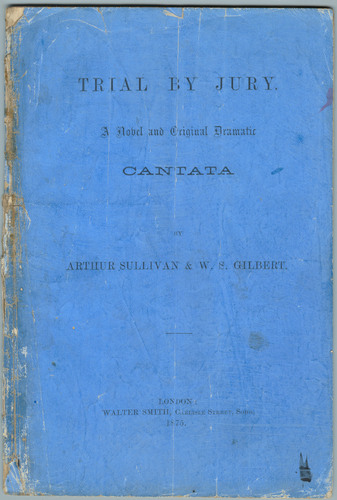 First edition of the libretto. 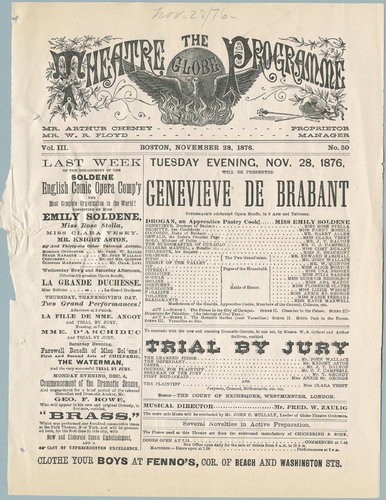