Arthur Sullivan (1842-1900) was born into a musical family. Despite the lack of financial resources, he was able to further his musical ambitions through scholarships. Early income came from taking on students, appointments as church organist and from sales of his music. His personal charm provided access to influential persons who were helpful in promoting his compositions. By the time he met Gilbert, Sullivan was already well known for his drawing-room songs, religious anthems, orchestral compositions and choral music. In 1883, he was knighted in recognition of his talent and for his services in promotion of British music. 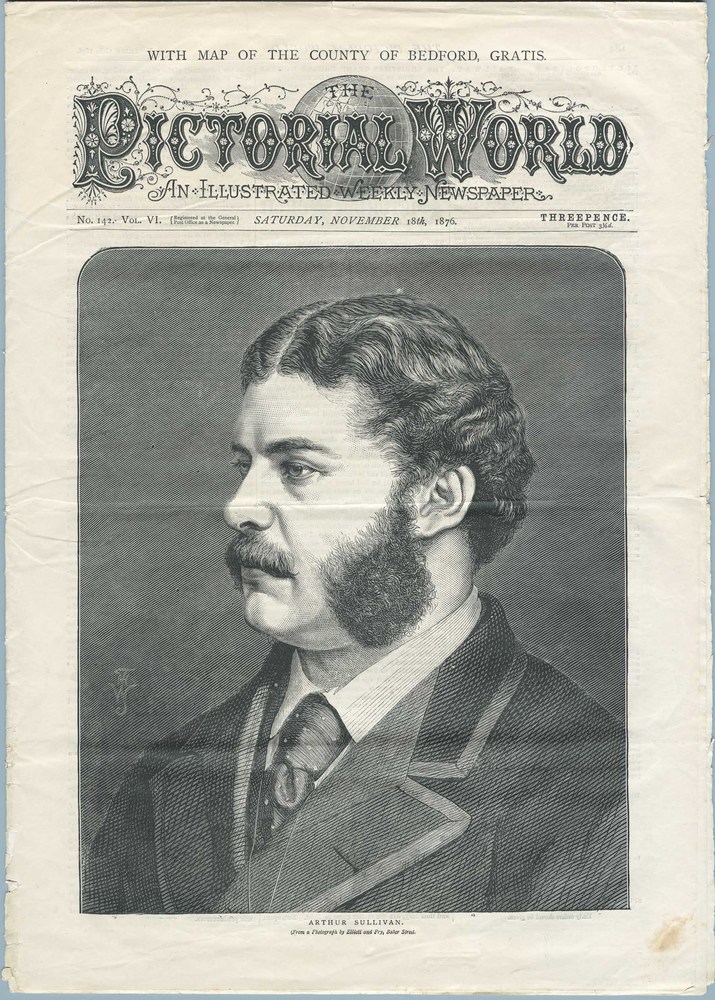 Sullivan’s supporters (which included Queen Victoria) and music critics envisioned a career of serious compositions, and were disappointed when he used his talent for comic opera. In the intervals between collaborating with Gilbert, Sullivan continued to write what the critics deemed more worthy compositions, such as the cantatas The Martyr of Antioch and The Golden Legend. His expensive lifestyle and enjoyment of gambling, however, left him no alternative but to continue his lucrative partnership with Gilbert. When this partnership finally ended, he wrote operas with other librettists, including his one serious opera, Ivanhoe, but it is his tuneful operas with Gilbert that are remembered. 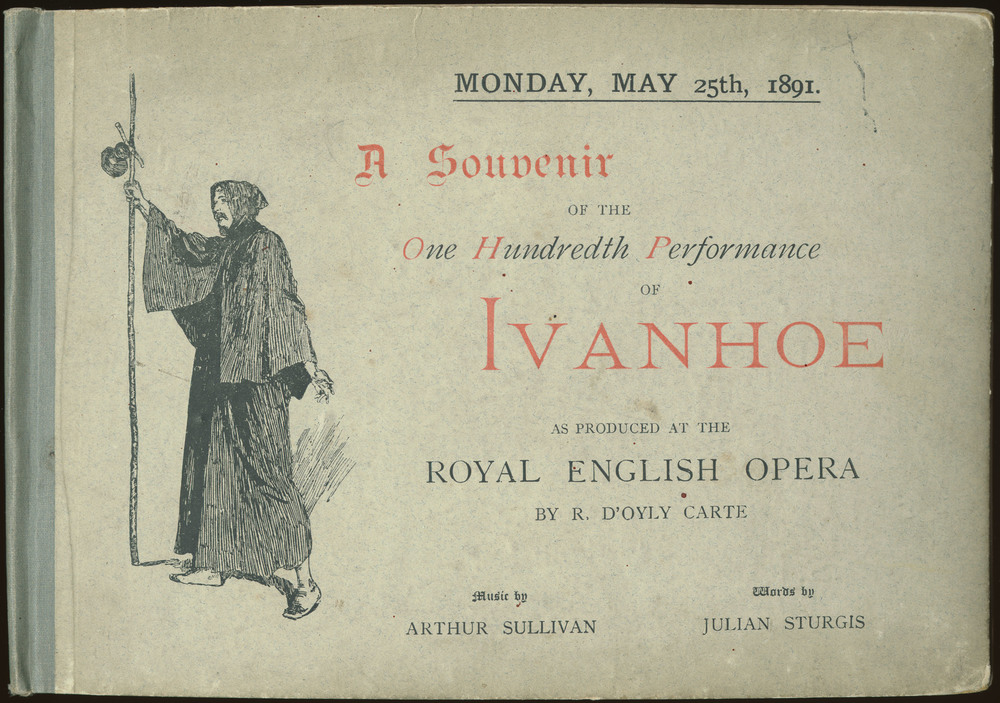 Lewis Hind. A Souvenir of the One Hundreth Performance of Ivanhoe (music by Arthur Sullivan). As Produced at the Royal English Opera by R. D’Oyly Carte. London: J.S. Virtue & Co., n.d. [1891].

A special printing, dated May 25, 1891, on the occasion of the one hundredth performance. 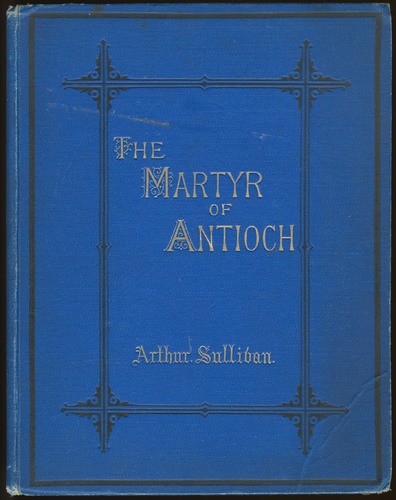 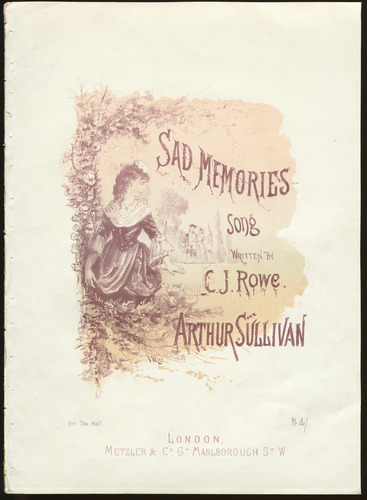 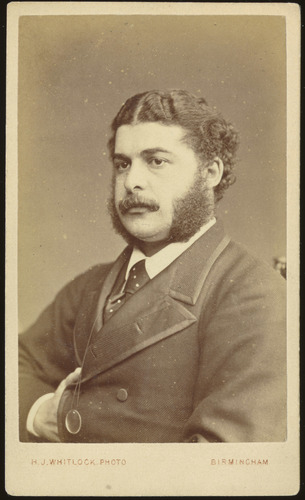 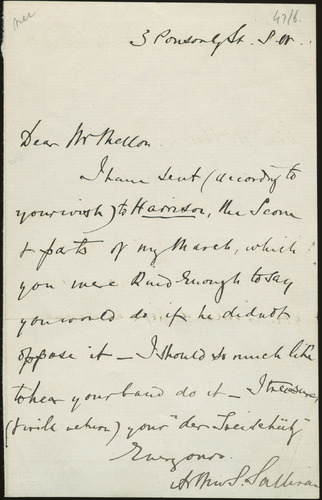 Sullivan, age 21, promotes a performance of one of two marches he wrote in 1863. The pointed "A" in this early signature soon gave way to the rounded "A" he would use the rest of his life. 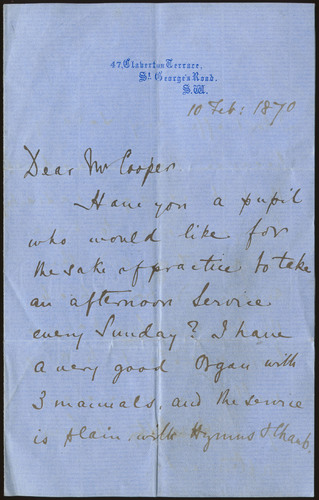 Sullivan, as organist at St. Peter’s, attempts to recruit an assistant from his former teacher. 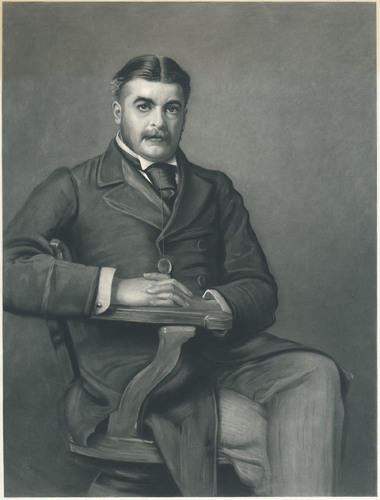 Goupilgravure plate after the 1888 painting by Millais. 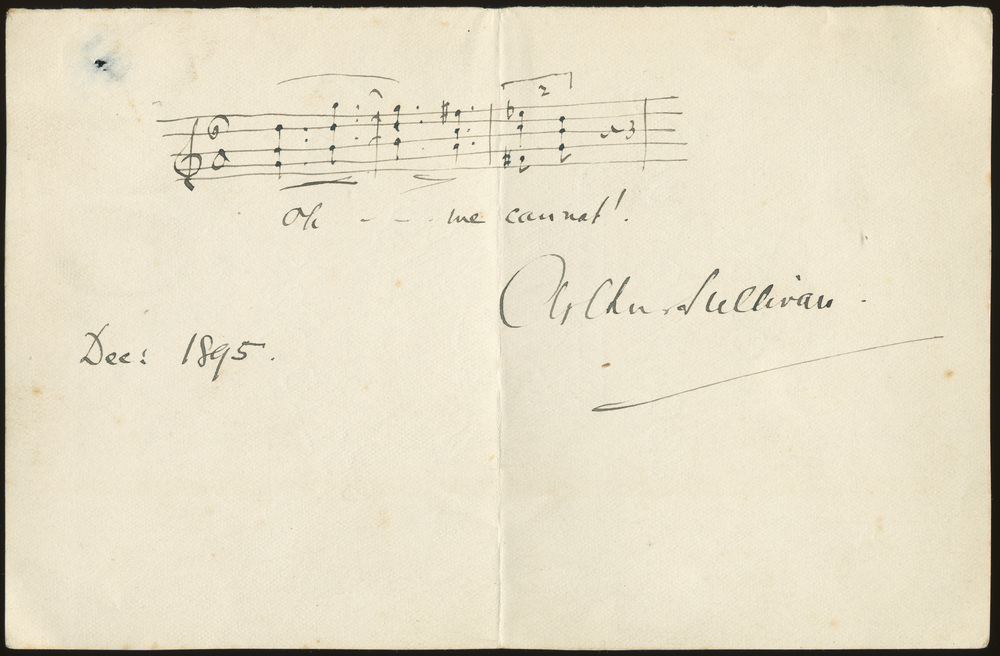 Three bars of music from The Golden Legend.