Gilbert planned to write the next opera about two rival curates, a theme he used previously in a Bab Ballad. He subsequently changed the curates to poets and the resulting Patience, or Bunthorne’s Bride (1881) became a spoof of the aesthetic movement. The principal character, Bunthorne, resembled Oscar Wilde, and the opera seems inextricably associated with him. Five months after the London premiere at the Opera Comique, Carte successfully produced Patience in New York at the Standard Theatre. Once its success was assured, American producers felt free to stage pirated and burlesque versions of Patience, and regional touring companies were formed to bring it across America. Carte arranged an American speaking tour for Wilde, that coincided with the regional tours of Patience, thus acquainting audiences with the theme of the opera. 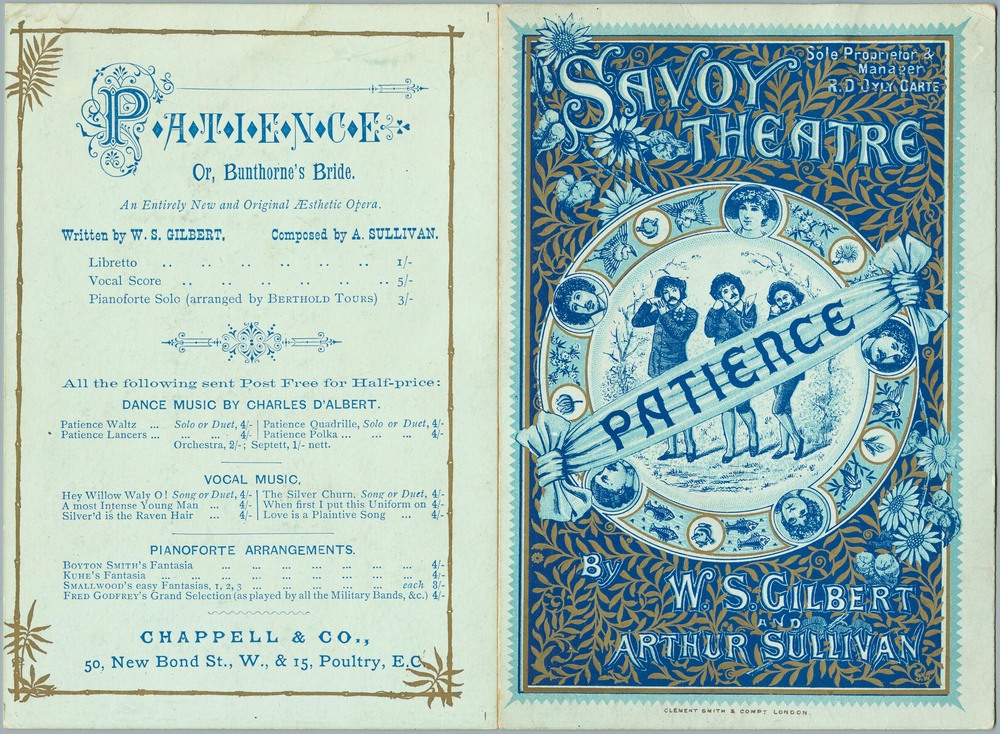 Original production of Patience. Illustrated with characters and scenes from the opera, and portraits of Gilbert, Sullivan and D’Oyly Carte.

Carte, in his partnership with Gilbert and Sullivan, had long planned for a new theatre built especially for their comic operas. His resplendent Savoy Theatre opened in October 1881 and Patience transferred there from the Opera Comique. The Savoy would henceforth be associated with Gilbert and Sullivan---their operas would be known as the Savoy operas, and the original performers would be known as Savoyards. 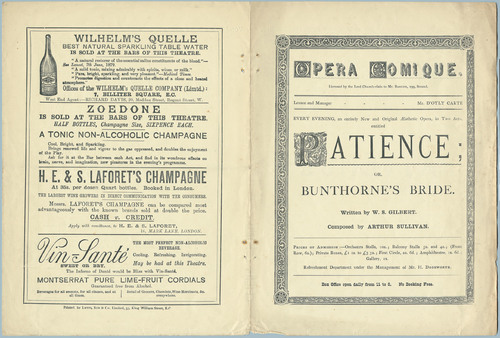 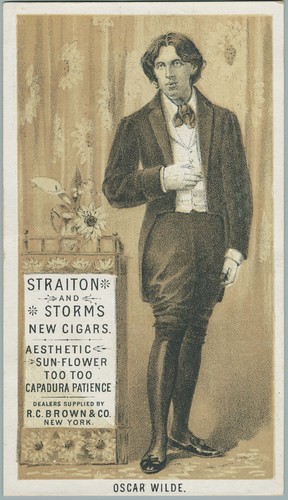 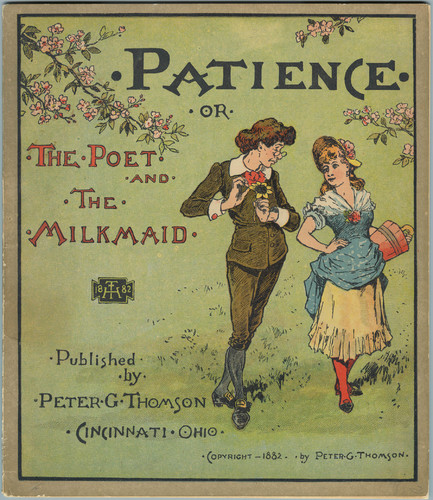 Patience; or The Poet and the Milkmaid. Cincinnati: Peter G. Thomson, 1882. Color illustrations by H.F. Farney.

A book for children written in verse (not by Gilbert). 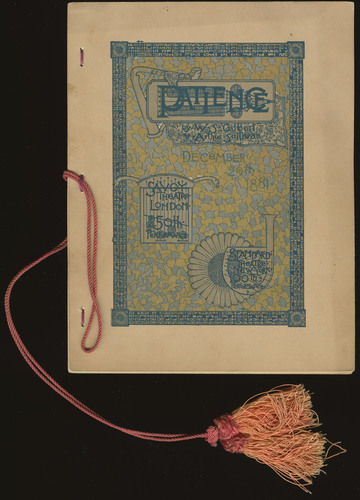 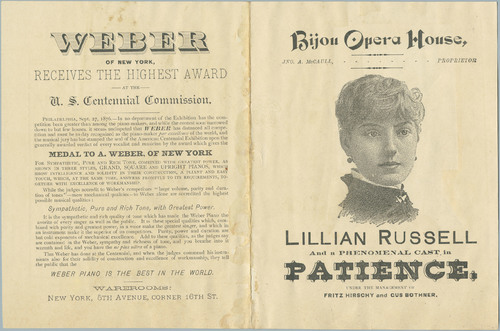 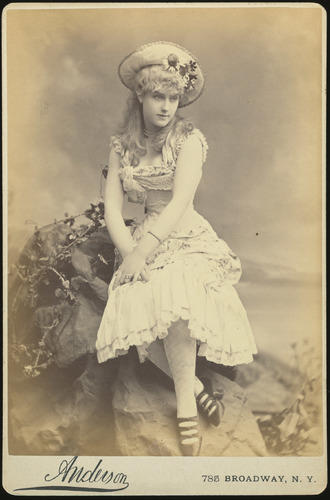 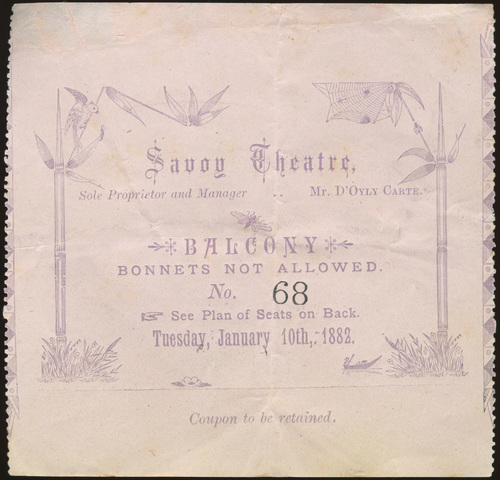 Balcony seats no. 68 and 70 with diagram of theatre balcony seating on verso. 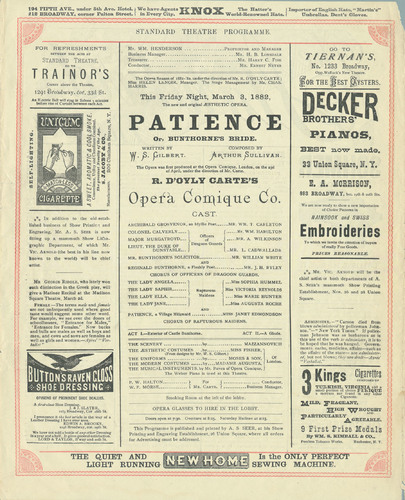 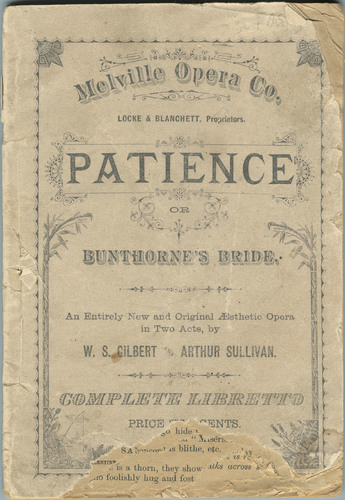 The song was cut before opening night. This unique and early libretto contains the preproduction lyrics deleted by Gilbert. "The Duke’s Song" is present in the British license copy, but was never printed in British librettos, nor in other American librettos.