Themes from several of Gilbert’s Bab Ballads were used for the libretto of H.M.S. Pinafore (1878). The opera eventually became a great success at the Opera Comique in London, and Carte launched a traveling company to play Pinafore in other English cities. Before long, the first American production opened at the Boston Museum. The popularity of Pinafore became extreme. An estimated 150 unauthorized and often altered productions spread quickly across the United States, including regional burlesque versions. It was not unusual for two or three competing productions to play simultaneously in the larger cities. 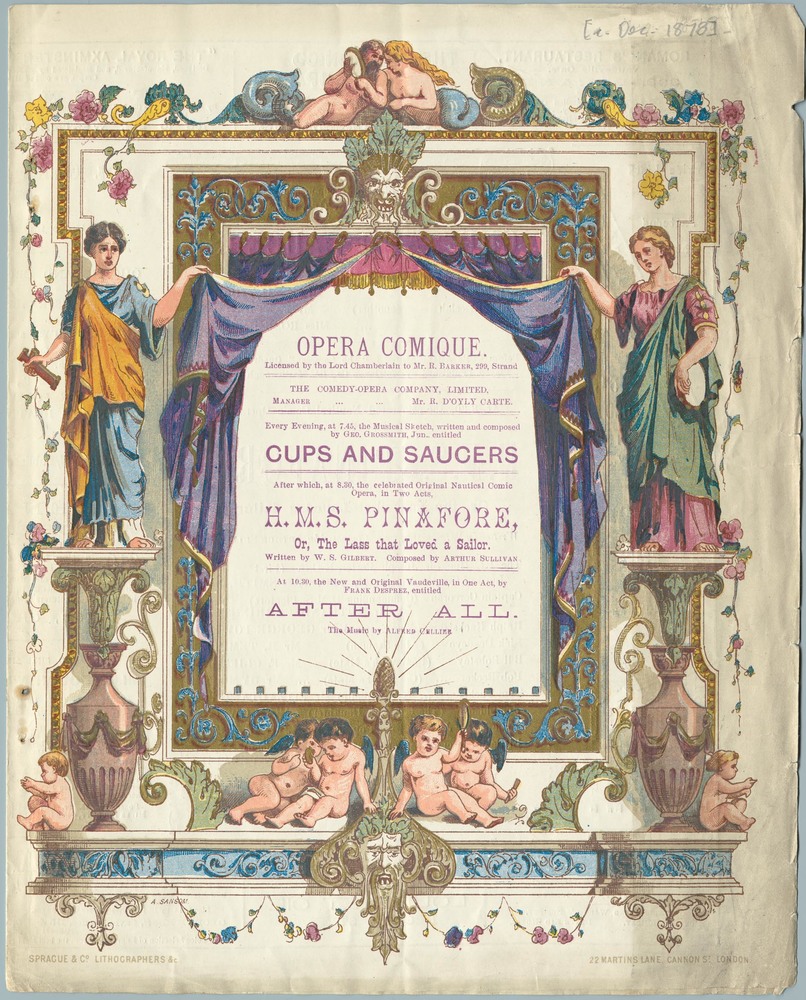 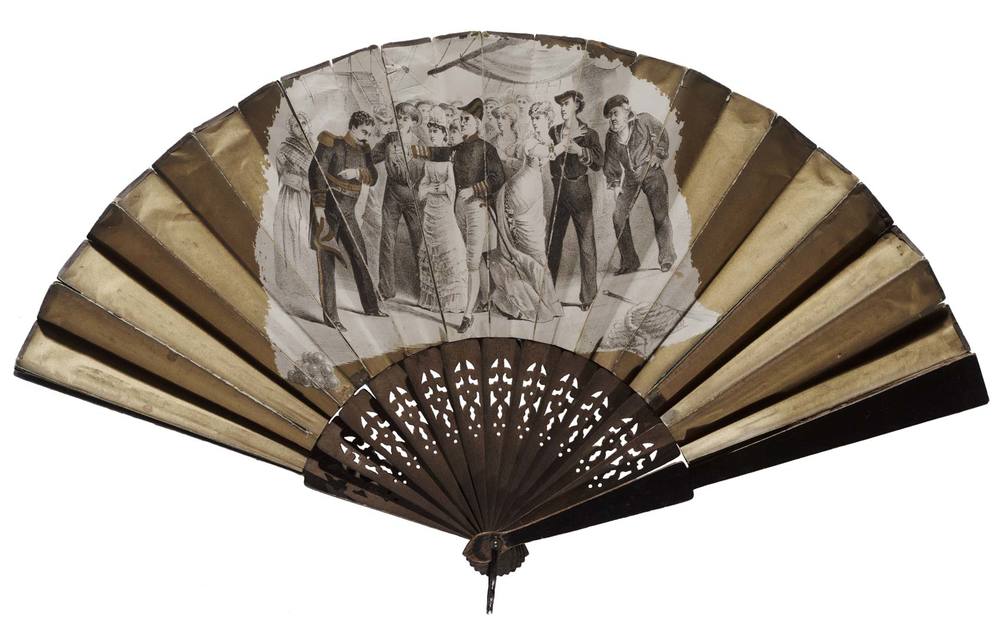 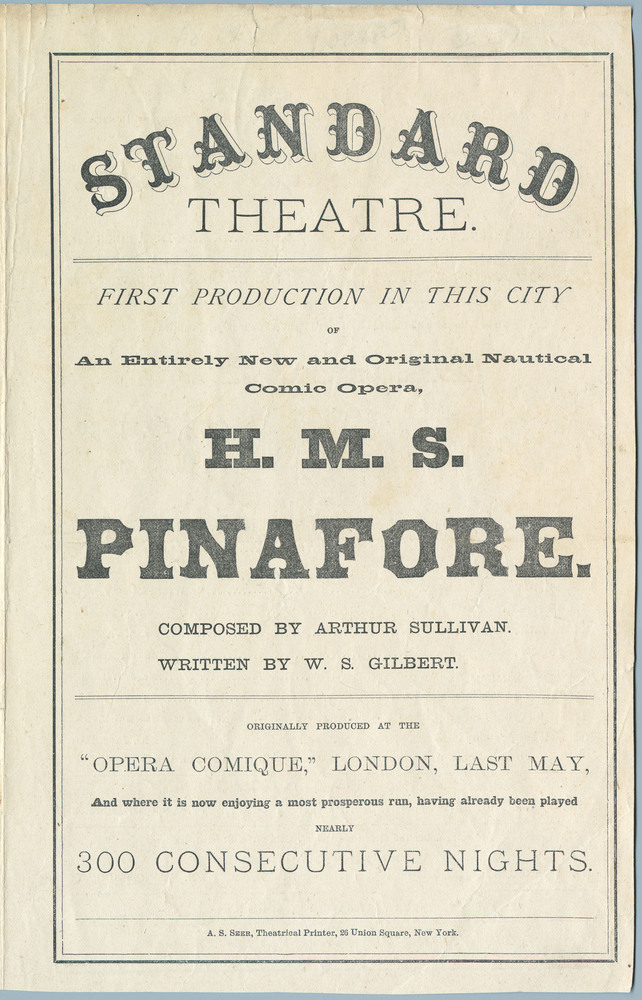 Juvenile Pinafore companies featuring young children became especially popular, and caused a furor with opponents of child labor. (Carte followed suit and produced a children’s version in London.) Catch phrases and songs from the opera became part of everyday life, and Americans found Pinafore scenes on a variety of consumer goods and advertising. Because of the lack of an international copyright agreement, Gilbert and Sullivan received little of the earnings generated by the “Pinafore Craze.” Gilbert, Sullivan and Carte traveled to America and mounted an authorized production of H.M.S. Pinafore, while completing plans to open their next opera in New York in order to secure copyright privileges. 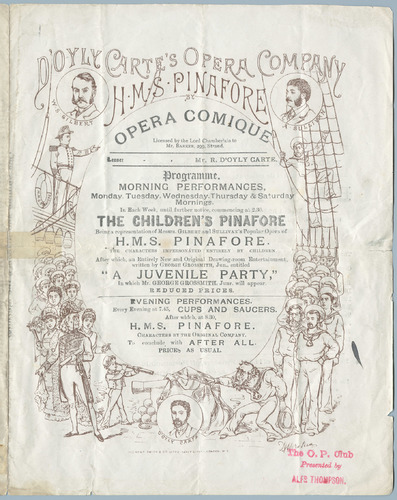 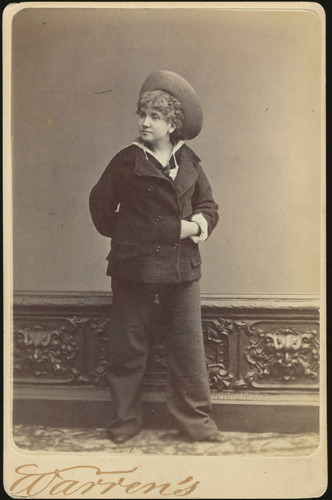 Rose Temple as Ralph in the first American production of H.M.S. Pinafore. 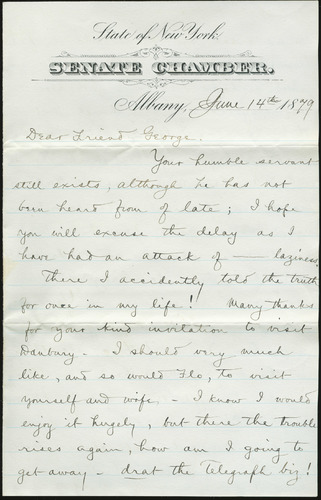 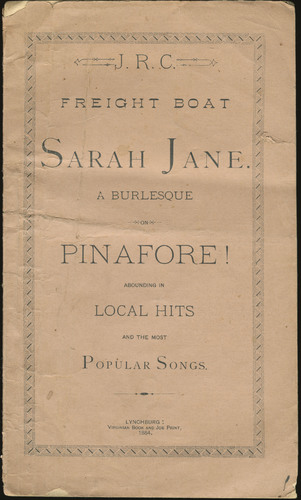 Originally printed in 1880, the libretto was reprinted for performances in 1881, 1884 and 1889 with topical changes in lyrics. Only the 1889 printing lists Thomas H. Simpson as the author. J.R.C. presumably refers to James River Canal. 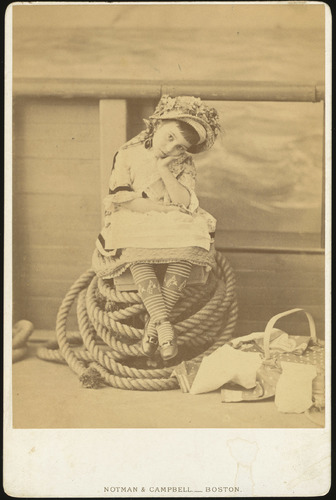 Handle with ship "H.M.S. Pinafore" on one side; sailor "Ralph" on verso.