The Productions: The Sorcerer

Richard D’Oyly Carte, now manager of the Opera Comique, recognized the collaborative genius of Gilbert and Sullivan and contracted with them to establish a company specifically for English comic operas. For their first opera, The Sorcerer (1877), Gilbert recycled a short story, "An Elixir of Love," that he had published the previous Christmas.

The collaborative plan for this full-length opera was used for each successive opera: A general outline would be written first, and as each of the song lyrics was written, Gilbert would send them to Sullivan for the musical setting. Gilbert and Sullivan carefully chose performers to suit their requirements. Many of these performers formed a core group for the subsequent operas and attained star status in London. Both collaborators insisted on the highest production standards for their operas, and Carte agreed to provide the needed financial resources. Gilbert maintained strict artistic control of all non-musical elements, including direction and costume design. The Sorcerer was well received in London, but it was not produced in America until after the wild success of their next opera, H.M.S. Pinafore. 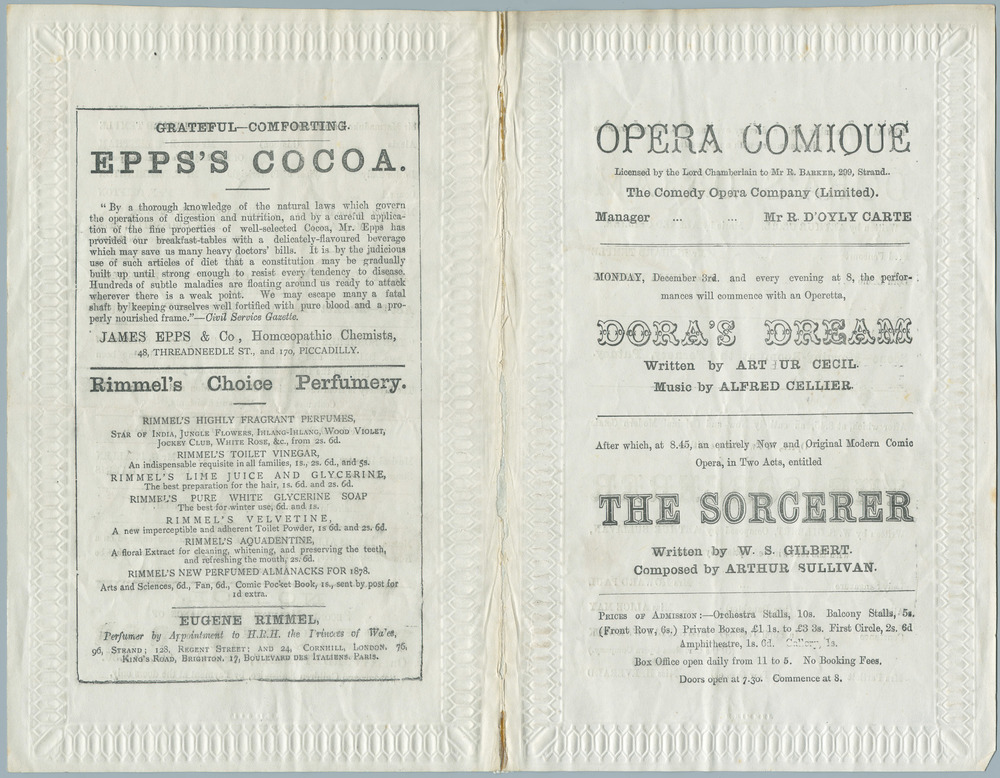 Original production of The Sorcerer. 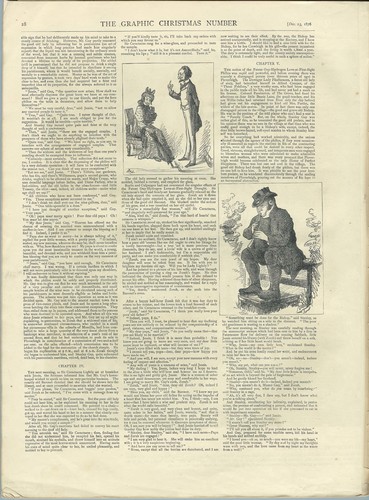 Open to "An Elixir of Love" by W.S. Gilbert with his "Bab" illustrations. 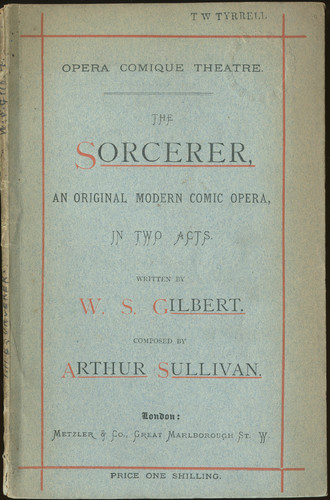 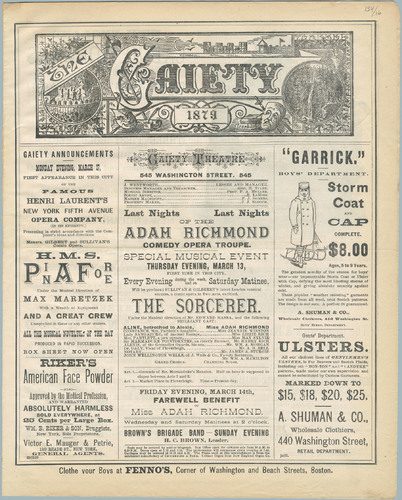 An early American production performed on the coattails of H.M.S. Pinafore. 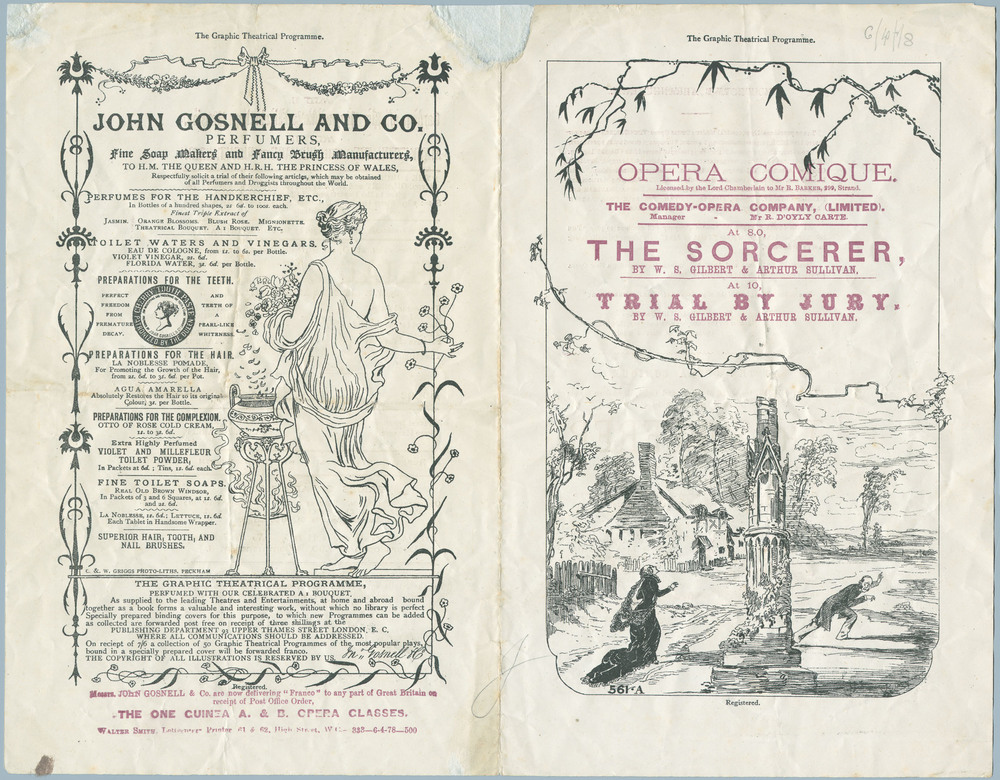 Original production of The Sorcerer followed by a revival of Trial by Jury.