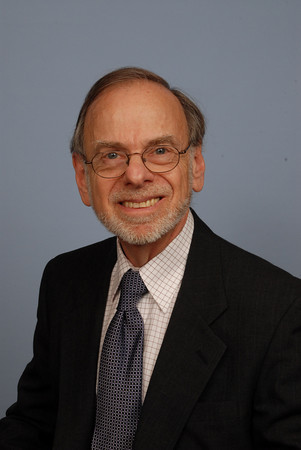 About the Exhibition: When W. S. Gilbert and Arthur Sullivan wrote their first joint work in 1871, they could not have foreseen that their future comic operas would be so tremendously popular in their time, nor that over 125 years later they would still be regularly performed and widely appreciated. They would also have been surprised to learn that they had become a national institution. Not that they didn’t have a healthy respect for their own talents. By the time they first collaborated, each of them was already well known to the British public. Gilbert’s literary humor was widely read in periodicals and his early theatrical pieces were successes. Sullivan was a promising composer known for his orchestral and choral music, as well as his popular parlor ballads and church hymns.

During a span of 25 years, the two wrote fourteen comic operas, all but one under the aegis of Richard D’Oyly Carte. Carte managed the theatrical presentation of the operas in London and on tour in England, and, after H.M.S. Pinafore, oversaw their transfer to New York. He also was able to manage the two very different personalities of the composer and librettist, and kept them together despite intermittent artistic friction. This exhibition commemorates the original London productions of each of the Gilbert and Sullivan operas and their earliest representation in America. It has been a pleasure for me to select the items from my collection for this exhibition. In addition to material that would naturally illustrate this survey of productions, I have also included some that are offbeat and unusual.

Interest in Gilbert and Sullivan has shown no sign of flagging. Until recently, much of what we knew about these two collaborative geniuses relied more on legend than scholarship. We read of Gilbert’s irascible, controlling personality, and Sullivan’s charm and his use of it for social advancement---both simplistic portraits. Within the past twenty years, there have been three separate authoritative biographies (all published by Oxford University Press) that have provided a more complete and complex view of their lives. In addition, several critical editions of the operas have been published, and two world-class exhibitions have been mounted at the Pierpont Morgan Library and at the Harvard Theatre Collection. And Mike Leigh’s Topsy-Turvy has brought a well-researched film to a wide audience. I hope that this exhibition will provide artifactual evidence of the absorbing story of Gilbert and Sullivan. In the descriptions that accompany each exhibition case, I have needed to distill that story into its essence. Viewers may take it as a start for their own exploration of this fascinating collaboration.

I wish to extend my thanks to the Department of Rare Books and Special Collections for their enthusiasm in mounting this exhibition. Richard Peek, Mary Huth, Andrea Reithmayr and Melissa Mead, along with their associates, have provided me with great support so that I might display the objects shown here, and I am deeply grateful.

About the Collection: In 1986, the Department of Rare Books and Special Collections at the University of Rochester Library mounted an exhibition commemorating the 150th birthday of W. S. Gilbert, drawing on items from my collection. At that time, the collection, while interesting, was at an early stage of development, and it was only after the exhibition ended that I began to acquire most of the unique items that I am now able to display. In a note in the catalog of that earlier exhibition, I explained that my interest in Gilbert and Sullivan dated from adolescence. Like many others, I was attracted to Gilbert’s polysyllabic, improbable, yet perfect rhymes, and stylish wit. What was snared by Gilbert was cemented by Sullivan, and my small reference library grew to become a collection. I also discussed the challenges of collecting, and mentioned two highly prized acquisitions that were obtained by happy chance, suggesting that lightning might strike a third time. What I did not foresee was that it would strike several more times, and with even larger bolts.

The good fortune of being in the right place at the right time has been responsible for the acquisition of many unique items. For example, the rare program for Thespis, the first collaboration of Gilbert and Sullivan became mine only because of an earlier-than-usual mail delivery. I received a form letter offering to sell the program to me, as well as to several other collectors, and was able to telephone the seller only minutes before the next collector did. Similarly, the rare first edition libretto of Trial By Jury was obtained only because of a chance e-mail I received requesting information, which I was able to turn into a sale. Finally, the purchase of a common duplicate item on a visit to Seattle provided the dealer with my address so that he might offer me a rare and unusual minstrel version of H.M.S. Pinafore a few weeks later.

I have always enjoyed reading of the wonderful opportunities for collecting in the 1920s and '30s, and have considered that era a golden age. In a way, I think we are again in a golden age of collecting. The effect of the Internet has been profound. Items that were previously elusive are uncovered by the click of a mouse to a wide audience of collectors. I am amazed how many rare items show up regularly on eBay. Such opportunities have allowed me to increase my holdings of the items I prize most: the nineteenth-century librettos, programs, souvenirs, autograph and manuscript items, and photographs relating to Gilbert and Sullivan. It is my plan to keep the collection together, and eventually to make it available as a regional research collection within the Department of Rare Books and Special Collections.

The support and fellowship (and on occasion, rivalry) of a small group of like-minded collectors and scholars have been essential in forming this collection. As in the past, it is with warm regard that I acknowledge the friendship of DS, JS, RM, RW, JDS, AF, JC and NS. Peter Dzwonkoski deserves recognition for his early encouragement. Finally, I happily acknowledge my appreciation to Ann and our children, who have gone beyond mere tolerance to enthusiasm for the collection.