Iolanthe (1882) opened in London at the Savoy Theatre and in New York at the Standard Theatre on the same date. It was successful on both sides of the Atlantic. Carte’s touring company traveled throughout England, while in America, regional touring companies brought Iolanthe to American cities. Perhaps no American regional Iolanthe sparked as much interest as that of Collier’s Standard Opera Company at the new Boston Bijou Theatre. Opening night seats were so prized that they were auctioned, with successful bidders identified in the newspapers. The production’s success is underscored by the variety of souvenirs that were issued, to the delight of the patrons of the Bijou---as well as to the modern-day collector. 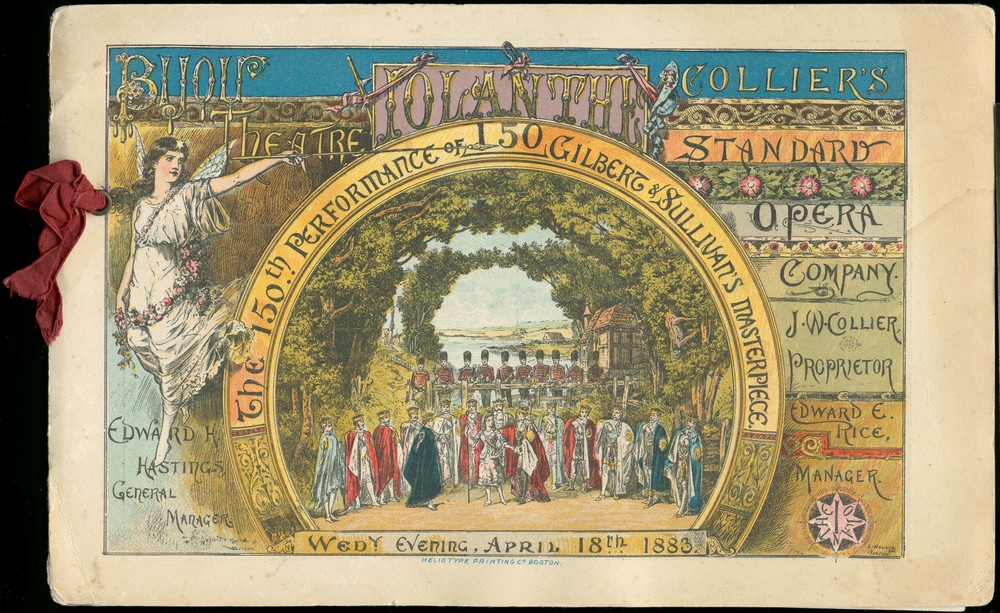 The 150th Performance of Collier's Standard Opera Company in Iolanthe 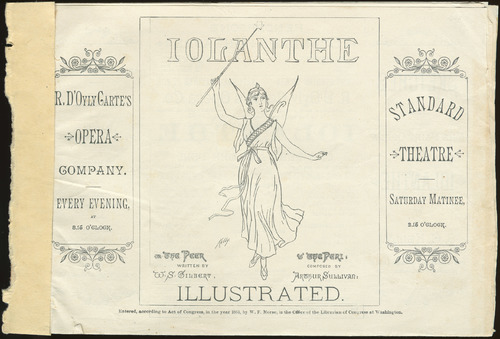 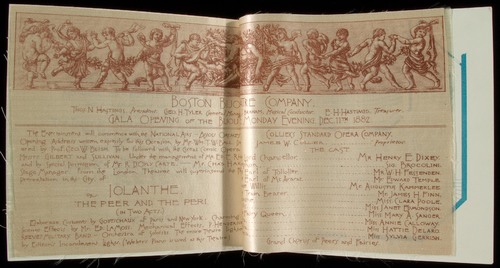 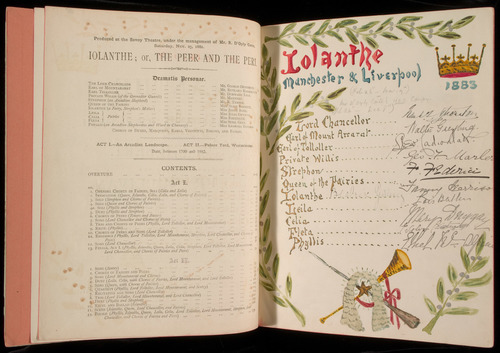 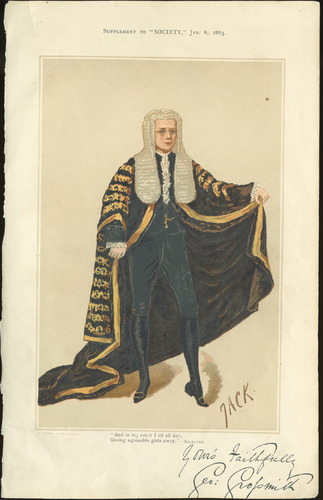 Portrait by "Jack" of George Grossmith as the Lord Chancellor in the original London production. 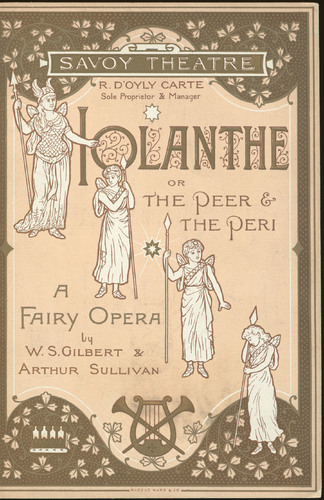