The poem began with some idle speculation in the barracks at Shipdham, Norfolk, at the end of World War II: what would Hamlet’s philosophical friend have done with the memory of the prince in terms of his dying request: "In this harsh world draw thy breath in pain / To tell my story." The creation of the poem’s 2,000 lines, mainly in the 1950s, drew from the full range of the poet’s mature experience—teaching Shakespeare, surviving the war, earlier attempts to write a long poem (Death at the Purple Rim, and the unpublished Seventh Avenue,  Express, and Mythos), the year of retreat and meditation at Quaker Farms in 1936 and 1937, marriage and parenthood, and so on.

The record of the poem’s course to completion and publication, as revealed in Plutzik’s voluminous worksheets and correspondence on it, is virtually an allegory of poetic adversity and perseverance. It is a noble poem, worthy of its subject, worthy of its author at the height of his powers, and worthy of the critics and poets who helped Plutzik see it through—including Donald Hall, Robert Penn Warren, and Hiram Haydn. 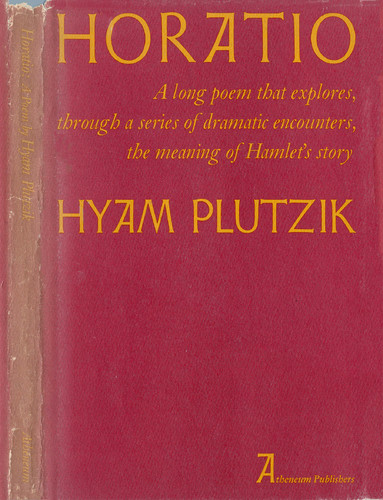 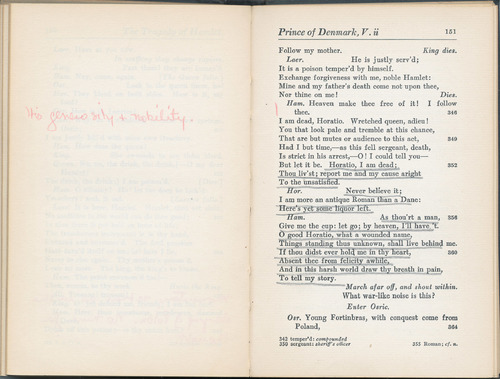 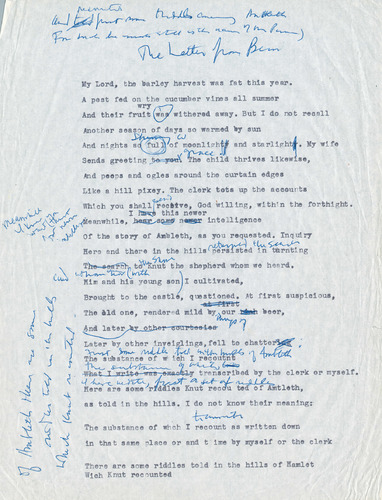 Early drafts of passages from Horatio.

The "Letter from Bern" was not included in the final version of the poem. 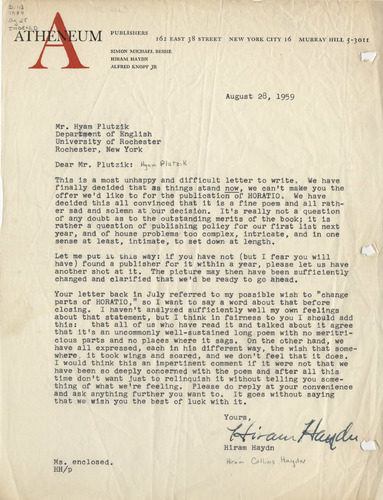 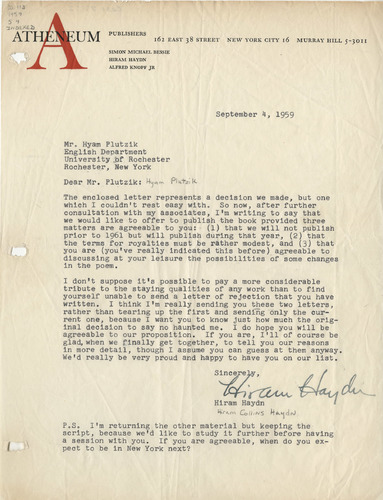 HP received this remarkable sequence of rejection /acceptance letters on the same day! 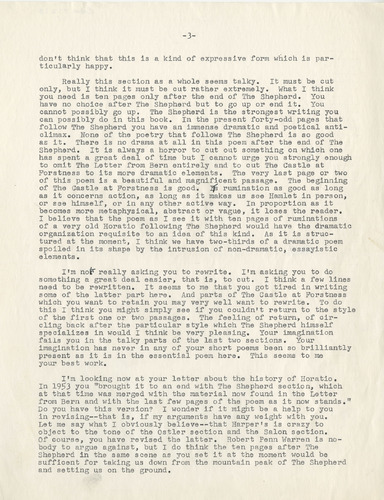 Hall continued to serve HP crucially as a friendly critic, as Horatio evolved toward publication. 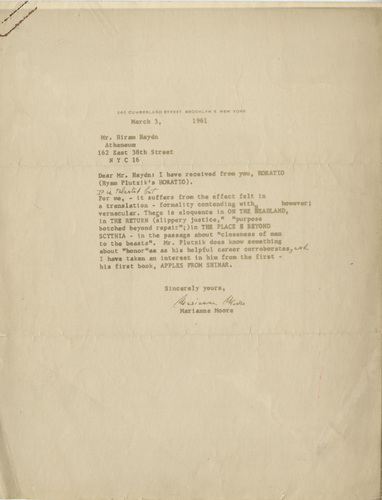 While Miss Moore had reservations, it appears, about Horatio, she held HP in high regard as a poet.