Plutzik During the Second World War

Soon after the second Yale Poetry Prize and the praise that came with it, Plutzik gained a new optimism about his future career and his poetic endeavors. But, as he wrote later:

The oncoming of war blasted apart all these plans. I felt I had to join up, and did, enlisting as a private at Fort Devens. I trained at the Aberdeen Proving Ground in Maryland, and later was given charge of a platoon there. There are, according to a saying, two ways of doing things: the army way and the right way. The army way in this case was to make a drill sergeant out of a poet and student of literature. But, even if I have to say it myself, I wasn’t a bad sergeant at that. I owe my success to the conviction, learned in my years as a newspaperman, that every cynic is a disappointed romantic; every sensualist a sentimentalist who has been disappointed in love. The platoon (indeed, like the one described in The Naked and the Dead) was full of cynics and sensualists: natural unhappy men. I think I understood them. We were a good outfit.

I went to Officers’ Candidate School and received a commission in February, 1943. Soon after, I married Tanya Roth, a girl I met while doing editing in New York. She was a social worker; later a researcher at the Office of War Information. In the years that followed, we traveled across the South, as the squadrons of which I was ordnance officer were shunted from place to place. Troop trains, air bases, changing apartments, railroad stations, merge in a grand chaos in the memory. My wife was with me in this incredible wanderjahre, when we lived in twelve different cities and twenty different houses.

In May of 1944, I was sent overseas, where I was ordnance officer in the 506th Squadron of the 44th Heavy Bomb Group, stationed at Shipdham, near Norwich in Norfolk. We were a B-24 outfit. For almost a year our job was the loading of bombs for the nightly attack on Germany. (1949)

In his journal written at Shipdham on June 5, 1944—just as the invasion of Normandy began—Plutzik meditated on the nature of modern combat as he has seen it, working as an ordnance officer in the Army Air Forces. We see some of these same thoughts later transformed into verse in "Bomber Base," published in Aspects of Proteus.

The poem is striking in its expression of the distance from the enemy and the impersonality of modern warfare. Here, there are no cries of agony and no smell of gunpowder, except in the speaker’s own imagination. The horror of war is expressed not in its violence but in the apparent lack thereof, in its reduction to a coldly mechanical assembly-line task in which the soldier is only a part of a vastly larger machine. When the speaker’s comrades die on missions, he does not see them killed but merely sees them disappear from the mess hall table. 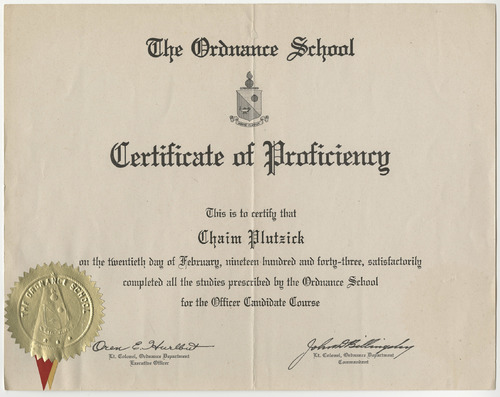 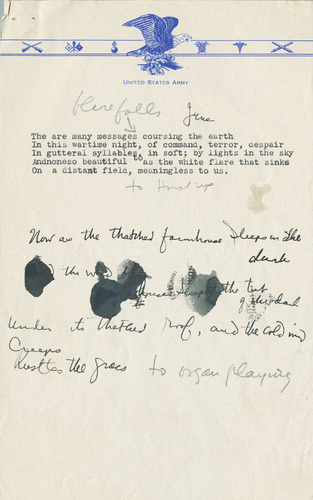 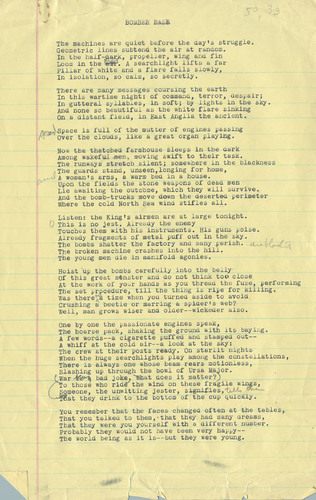 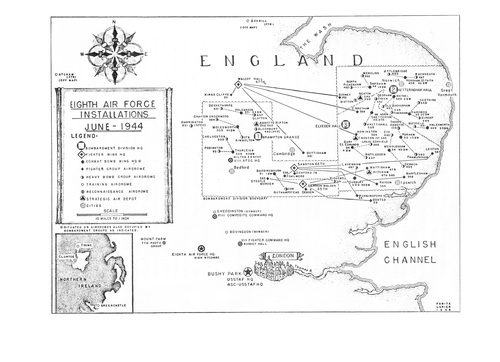 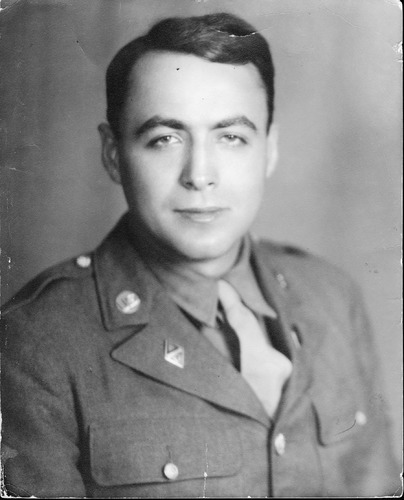