The recognition of Plutzik's talents and achievement during his lifetime came slowly but steadily.

Considering that he had to forge the main lines of his career before the advent of paperback poetry anthologies and before the proliferation of "little magazines" and campus poetry readings, the notice he has received in this country and England is substantial, if less than what he deserves.

To have attracted the interest and admiration of Mark Van Doren, George P. Elliott, Marianne Moore, Hiram Haydn, Donald Hall, Sylvia Plath; to have succeeded in publishing Horatio at a time when long poems were virtually taboo: these were recognitions indeed. 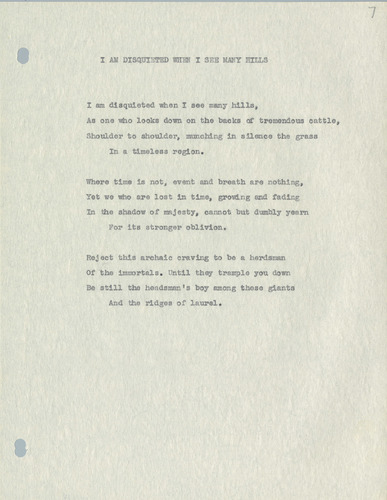 Carruth, Hayden, ed. The Voice that is Great Within Us: American Poetry of the Twentieth Century. New York: Bantam Books [1970]. Wrappers.

Includes "I am Disquieted When I See Many Hills," "Jim Desterland," and "Of Objects Considered as Fortresses in a Baleful Place," pp. 347-349. 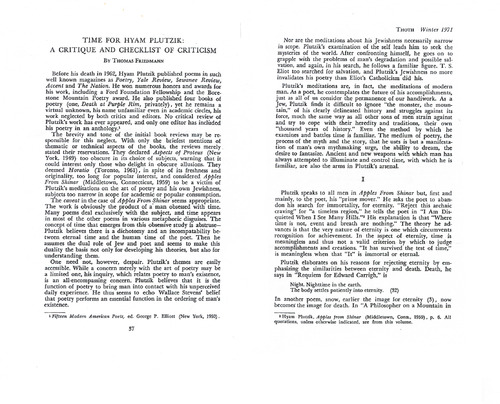