The Poet at Work

On a notebook scrap, Plutzik once wrote: "The days when no poem is written/ nothing saved, nothing saved from chaos."

On a fellowship application in the 1950s, he remarked: "I have notebooks full of thoughts, titles, comments: clay unmolded because the potter was busy not making pots ...."

The Plutzik Archive confirms what the published poems suggest: that he was a diligent craftsman, ruminative and slow in composition, whose poems tended to grow out of distant rather than recent experience, and by accretion and patient takes and re-takes rather than in lightning strokes. More than most writers, he was genuinely open to informed criticism of his work-in-progress, and from the generous advice of Mark Van Doren, George P. Elliott, Donald Hall, Elizabeth Lawrence, Robert Penn Warren, and others he gained much. 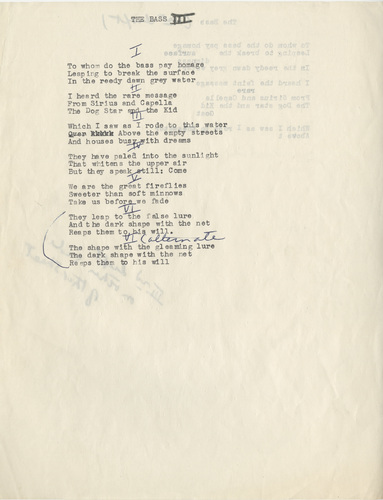 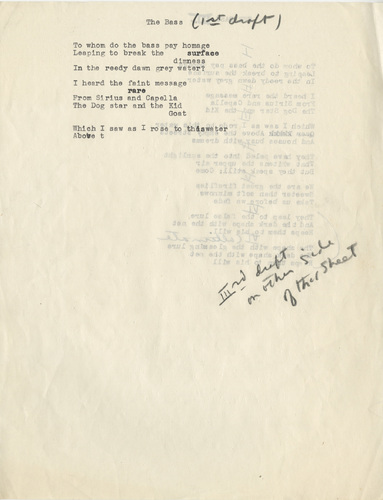 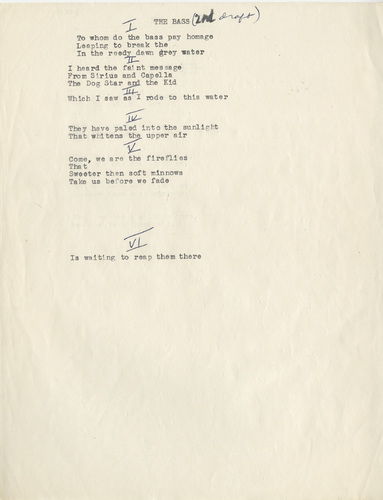 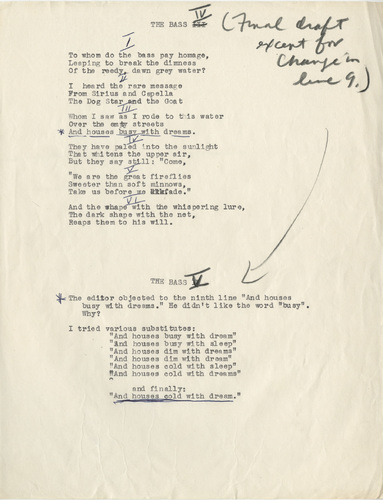 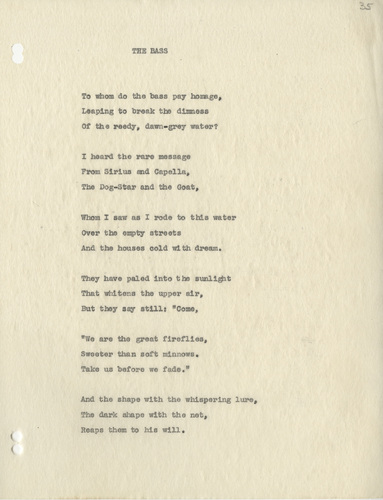 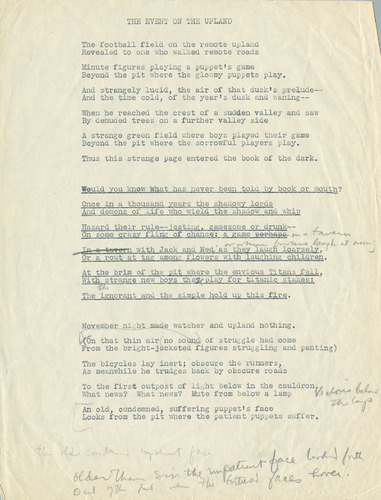 "The Event on the Upland." Typed draft with pencil additions and cartoon drawings. One page. Undated. (See Aspects of Proteus, pp.69-70.) 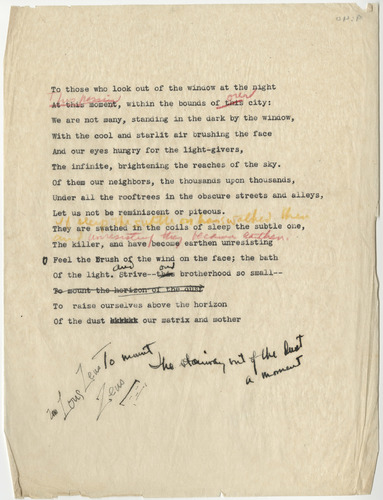 "To Those Who Look Out of the Window." Holograph drafts. Five pages. Undated. (See Aspects of Proteus, p. 55.) 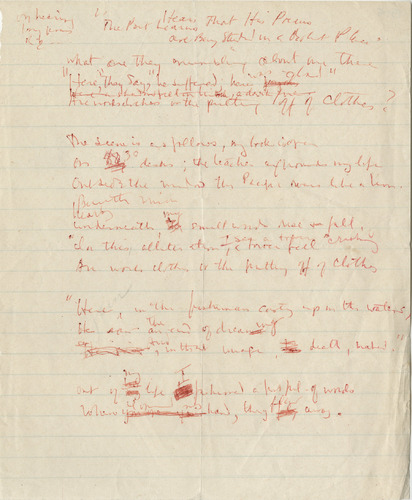 "On Hearing that My Poems are Being Studied in a Distant Place." First holograph draft. One page. Undated. Red ink, on a page torn out of a college “blue book.” (See illustration, page 2.)